Assange has repeatedly insisted that WikiLeaks did not receive the Democratic files from the Russian government. 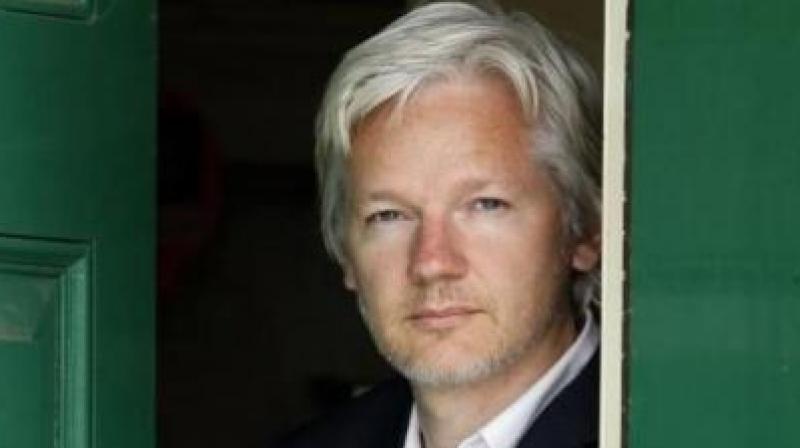 Washington: Accusations that Russia interfered with the US presidential election by leaking hacked documents via WikiLeaks have put a fresh spotlight on the crusading website's founder Julian Assange.

A report from the US Office of the Director of National Intelligence (ODNI) released Friday accuses Russian President Vladimir Putin of ordering the operation in which computer hackers stole Democratic Party files and fed them to WikiLeaks.

The website published the internal documents and emails over the weeks ahead of the November 8 election, embarrassing Democratic candidate Hillary Clinton's campaign and arguably contributing to her defeat -- which US intelligence said was Putin's goal.

Assange, who has made a trade out of publishing purloined secrets of governments and powerful organizations and individuals, has repeatedly insisted that WikiLeaks did not receive the Democratic files from the Russian government, adding that the group publishes anything significant that it receives.

"Nothing in today's declassified ODNI report alters our conclusion that WikiLeaks's US election related source are not state parties," the group said in a Twitter statement late Friday.

Earlier in the week, Assange told Fox News the focus on WikiLeaks's source for the information was a smokescreen for what it contained, and its impact on Clinton's campaign.

But Assange did not rule out that people acting on behalf of Moscow had handed over the documents.

The US intelligence report says Russian military intelligence relayed the material to WikiLeaks via unnamed intermediaries.
"Moscow most likely chose WikiLeaks because of its self-proclaimed reputation for authenticity," it said.

Assange calls himself a journalist and publisher who is doing nothing illegal. Since he took refuge in Ecuador's London embassy four years ago to avoid possible extradition to the United States for espionage -- by Sweden, where he faces sexual assault charges, or by Britain -- he has also called himself a "political prisoner."

But since the organization stunned the world in 2010 by publishing hundreds of thousands of internal diplomatic communications from the US State Department leaked to it by a former US military intelligence analyst, Washington has regarded him as a dangerous menace and maintained the threat of prosecuting him, though no charges have been filed.

In 2010, US Vice President Joe Biden likened Assange to a "high-tech terrorist." And US politicians this week roundly blasted him as irresponsible and an enemy of the country.

In its first decade, WikiLeaks has clearly welcomed secret documents on nearly any matter. The first document it published in December 2006 involved Somalia, and the next year it helped expose corruption by Kenyan leader Daniel Arap Moi.

Since then releases have targeted Peru's oil industry, the Scientology group, the Syrian government, and Swiss and Icelandic banks. But they pale in volume and impact to its disclosures of US-related documents on Guantanamo, the Afghanistan and Iraq wars, the Obama administration's trade treaty talks, and the Democratic Party files.

While he did not reply to AFP questions, in recent interviews Assange insisted the group does not have an anti-US bias.

"WikiLeaks is a predominantly English-speaking organization with a website predominantly in English," he told Italian newspaper La Repubblica last month. "We have published more than 800,000 documents about or referencing Russia and President Putin, so we do have quite a bit of coverage, but the majority of our publications come from Western sources, though not always."

But Assange has shown an extraordinary fixation on US power and Clinton.

"The US is in the business of managing an extended empire," he told Der Spiegel in a 2015 interview.

"An American mindset is being fostered and spread to the rest of the world," he said, pointing to US power in business, trade and the internet.

In February 2016 he authored a strong attack on Clinton on WikiLeaks' website.

"I have had years of experience in dealing with Hillary Clinton and have read thousands of her cables. Hillary lacks judgment and will push the United States into endless, stupid wars which spread terrorism."

And in an interview with Russia's RT television on the eve of the election -- which he still expected Clinton would win -- he described her as "someone who is eaten alive by their ambitions, tormented literally to the point where they become sick as a result of going on with their ambitions."

Nevertheless, Assange has accurately pointed out that mainstream journalistic outlets would themselves have published the Democratic Party documents, had they received them.

"In the end, I think that we have an obligation to report what we can about important people and important events. There's just no question that the email exchanges inside the Democratic Party were newsworthy," Dean Baquet, executive editor of The New York Times, told the paper last month.