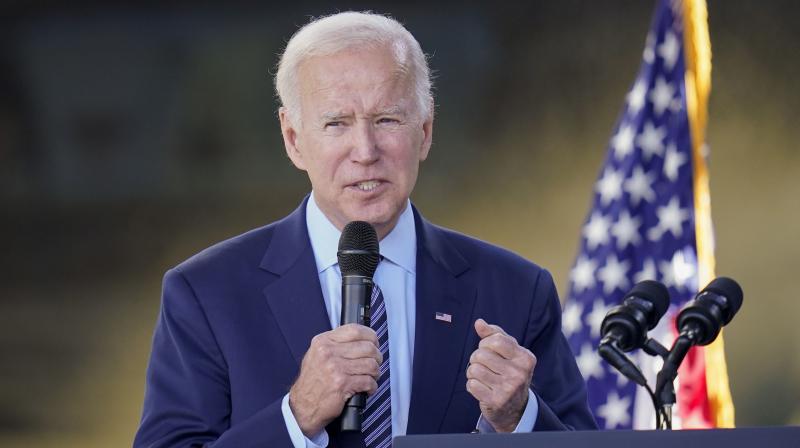 WASHINGTON: President Joe Biden will make a decision on whether he seeks a second term in 2024 "shortly" after the new year, his chief of staff, Ron Klain, said Monday.

Speaking at The Wall Street Journal's CEO Council Summit, Klain said Biden had been consulting with his family. At 80 he is already the oldest president in US history and if he served a second term he would be 86 by the time he stepped down.

Klain, one of the most senior figures in Washington to comment on the issue, said in an interview broadcast by the Journal he believes "it's his intention to run."

"I hear from a lot of Democrats from across the country that they want him to run," Klain said. "But the president will make that decision, I expect, shortly after the holidays, but I expect the decision will be to do it."

Currently the only declared candidate for the 2024 election is Donald Trump, the Republican whom Biden defeated in 2020 -- and who continues to spread invented conspiracy theories about the election having been rigged against him.

Biden has given strong indications that he will run again, while leaving open the possibility that he will not, saying he is a "great respecter of fate."

On November 9, after his Democrats did surprisingly well in the midterm elections, he said it was his "intention to run again" but that he would know for sure "early next year."