US 'closely following' events in J&K, raises concern over reports of detentions

Kashmir has been on the edge in the wake of a massive security build-up. 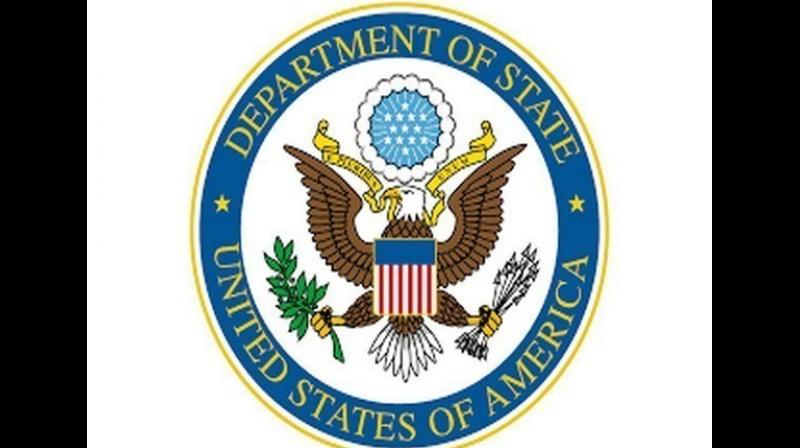 US expressed concern over the reports of detentions of some politicians in the state. (Photo: ANI)

Washington: The United States on Tuesday said it was "closely following" the events in Jammu and Kashmir following the abrogation of Article 370 of the Indian Constitution that gave special status to the state.

However, it expressed concern over the reports of detentions of some politicians in the state.

We note that the Indian government has described these actions as strictly an internal matter," State Department spokesperson Morgan Ortagus said in a statement, which was posted by Voice of America's White House Bureau Chief Steve Herman on his Twitter handle.

"We are concerned about reports of detentions and urge respect for individual rights and discussion with those in affected communities. We call on all parties to maintain peace and stability along the Line of Control," the statement said.

Shortly after India's Home Minister Amit Shah tabled a resolution to this effect in Rajya Sabha or the Upper House of the Parliament, President Ram Nath Kovind came out with a notification -- The Constitution (Application to Jammu and Kashmir) Order, 2019 that came into force immediately.

Ahead of the landmark announcement, Kashmir has been on the edge in the wake of a massive security build-up and the state government issued an advisory to Amarnath pilgrims and tourists urging them to curtail their visit.

Several leaders, including former chief ministers Omar Abdullah and Mehbooba Mufti, had claimed that they were put under house arrest amid the prevailing tense situation in the state.