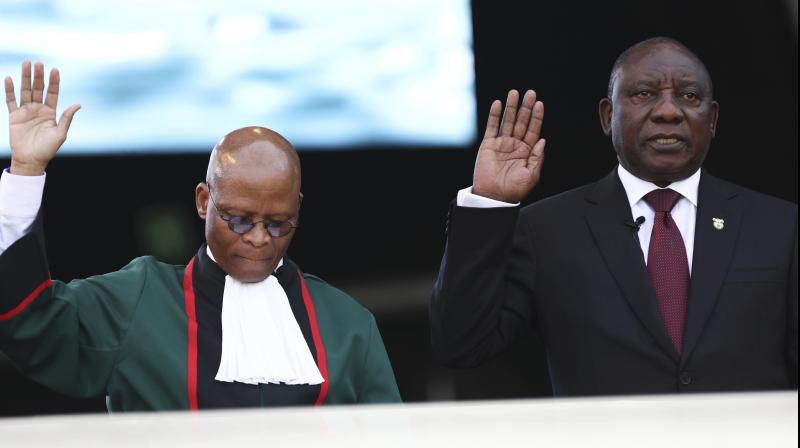 Ramaphosa was a successful businessman before re-entering the political arena. (Photo:AP)

Johannesburg: Cyril Ramaphosa, the head of the African National Congress, has been officially elected President of South Africa by Parliament during its first sitting following the sixth general elections since anti-apartheid icon Nelson Mandela was elected the first democratic president of the country.

Ramaphosa, 66, a former trade union leader, played an instrumental role in negotiations which led to a transition of power from the white minority apartheid government that ruled the country for decades.

Former president Jacob Zuma, 77, resigned in February last year amid allegations of corruption and state capture. Ramaphosa, who was elected unopposed in a process overseen by Chief Justice Mogoeng Mogoeng, will be officially sworn in on Saturday at a stadium in Pretoria, the first time a President's inauguration will be open to the public and not just invited guests.

He was a successful businessman before re-entering the political arena. Ramaphosa is expected to announce his new Cabinet on Sunday, with great expectations that it will not include a number of long-serving ministers in the previous Cabinet who are facing serious allegations of corruption.

Two of those ministers -- Nomvula Mokonyane and Malusi Gigaba -- decided to withdraw from being named as Members of Parliament by the African National Congress (ANC) shortly before all members were sworn in before voting for the President. The South Africa Constitution requires voters to choose a party, which then selects members to go to the National Assembly, where they choose the President.

The ANC, beriddled with factionalism and public outcries about inaction against senior officials accused of corruption, won a majority in the May 8 elections, albeit reduced since the last elections.