Swimming is forbidden at Velas Beach lest you pose any threat to the hundreds and thousands of young Olive Ridley Turtles hatched there. 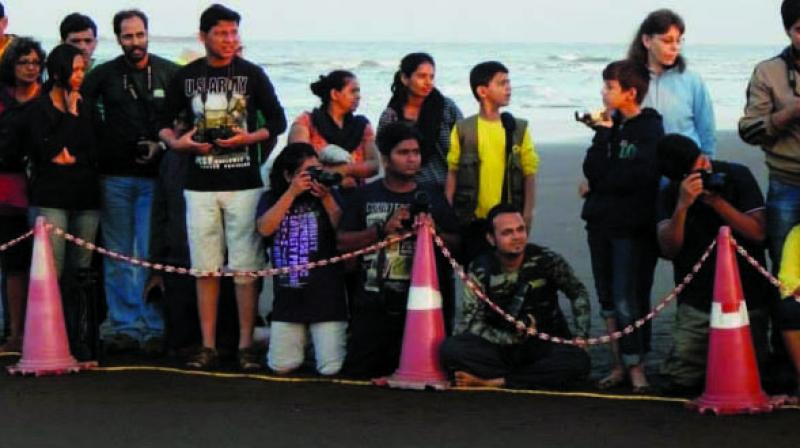 Turtles are released in the water as enthusiasts watch them take their first steps.

Far away from the concrete jungles that we call home, a small eco-village in Ratnagiri district is home to hundreds and thousands of Olive Ridley Turtles. Every year around November, the species migrates in huge numbers to the Velas Beach to lay their eggs, where these eggs remain in nesting period for 90 days, finally hatching sometime between February and March.

That, however, is not the most interesting fact about the eco-tourist village of Velas. The entire village oversees the hatching of these eggs in a drive for turtle conservation and protection. “There are volunteers from the village itself that take care of the eggs once they are hatched on the beach. From barricading the spot where the eggs are laid to leaving the hatchlings back into the water — volunteers from the village take care of everything,” explains Mangesh Joshi, a 24-year-old wildlife enthusiast, who has been hosting these trips to the village for the last three years.

Karishma Joshi, eco-tours division head at Mumbai Travellers, another body which is hosting trips to the village during the hatching period, says shares the itinerary. “We plan the trips after careful calculation of the hatching dates of the Olive Ridley eggs. Usually, it is the volunteers from the village or the village Gram Panchayat sharing the dates with us,” she says. Barely a six hour-long ride from Mumbai, a two-day trip entails visiting the Velas Beach to witness the hatching of the eggs and the turtles taking their first steps. “Following this, a visit to the Bankot Fort and the very popular Harihareshwar Temple is also set up,” she says.

A young Olive Ridley Turtle finally released in the water.

While turtle spotting remains to be the highlight of the annual Velas Turtle Festival, Karishma explains that it is all a matter of luck. “Even with precise calculations and consulting with the village heads, we can’t always guarantee the hatching of eggs. Even as we try to be particular with the dates, sometimes the eggs don’t hatch or take longer than estimated. So, not all batches of the trips are lucky to spot them,” she says.

Accompanying several animal lovers and wildlife enthusiasts to the village, Mangesh says that the conservation of these turtles wasn’t always a part of the plan. “Earlier, turtle meat used to be a popular source of food. Olive Ridley Turtles were hunted and killed for their meat. In fact, even people from the village used to indulge in it,” he says.

It was in 2002 that conditions changed. “Following the inclusion of Project Sea Turtle in the Wildlife Protection Act of 1972, people started taking the preservation of Olive Ridley Sea Turtles seriously,” explains Mangesh. The inclusion made killing of Olive Ridley Turtles for meat and recreation illegal. 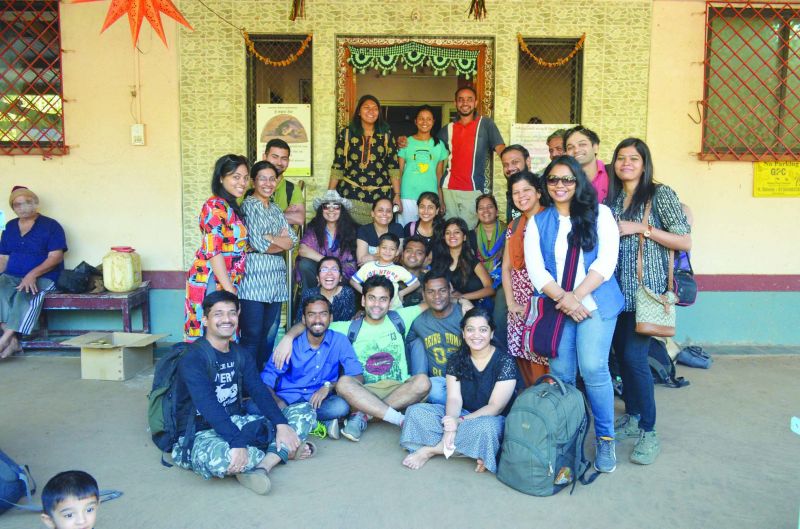 Accommodation is in homestays.

This resulted in the entire village spearheading the conservation project. Today, everyone in the eco-village of Velas, works towards the project. “Even entering the water is prohibited let alone swimming. The village takes care of every egg that is laid on its soil,” explains Mangesh.

These trips, however, are not only for the wildlife enthusiast. It offers an equal mix of local culture and heritage, says Karishma. “Velas is a tiny village with beautiful sights. We want to offer the best of the local flavours to our participants. So apart from spotting the turtles, bird watching, relishing authentic Konkani food, and spending the night in homestays also make it to the itinerary,” she says.