Xech Speakerpods review: Buy one, get one free!

A 3W speaker, combined with a pair of true wireless Bluetooth 5.0 supporting earbuds we listen to and review these innovative speakerpods. 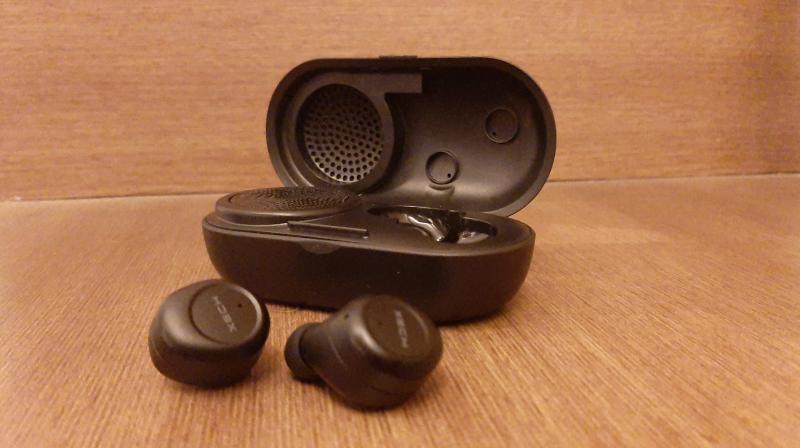 If you are looking to purchase them, do it for the true wireless experience

The Xech Speakerpods was released in September this year in India by a brand which is continuing to grow its ever-expanding range of audio products in India.

The speakerpods, selling for Rs 3,409 in India are described as a combination of ‘premium Ear Pods with a High-Fidelity Bluetooth Speaker’ on its Amazon page.

Wielding a 3W speaker, combined with a pair of true wireless, Bluetooth 5.0 supporting earbuds we listened to this innovative audio device for quite some time. Below, we’ve penned what we thought about it after use.

The Xech speakerpods are light, easy to use and to carry around. A 500mAh case that turns into a speaker with a 3W output, it is not heavy with that kept in mind, when compared to its competitors.

A matte black oblong case, it has very few controls on the body with a Micro USB port and an LED indicator at the posterior and a ridge for opening and closing of the lid on the front. Bordered by a glossy black rim, the lid has a mesh cover for the speaker and a Xech branding etched upon rubber finish plastic extending from where the speaker ends. 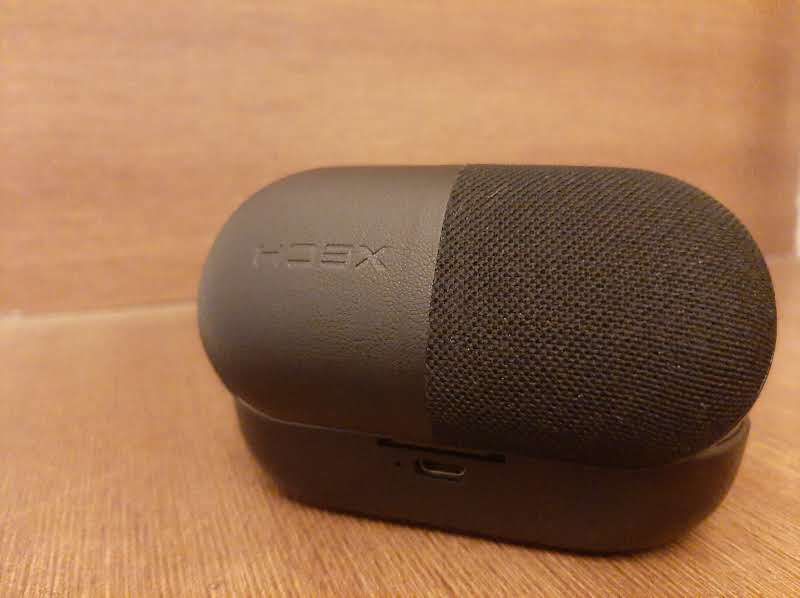 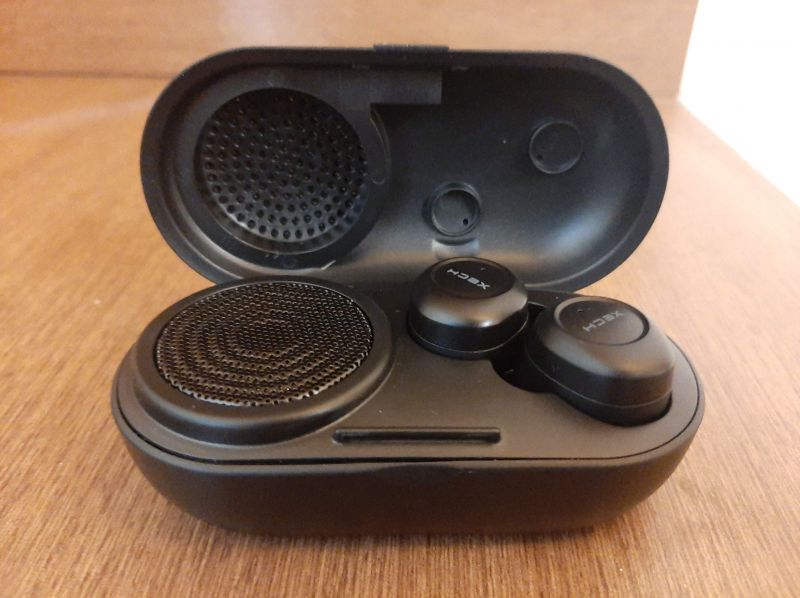 Looks-wise, the Xech Speakerpods are only a mere decent. Towards the inside, the case has a speaker grille and a cavity for the earbuds’ charging and storage requirements. However, the earbuds housing is quite different from all others we've gotten to use so far not only that they also had a fitting problem. We were required to adjust at least twice every time while we tried to put the earbuds back inside the case. Perhaps a broader, overall larger case would help Xech in their next such product. 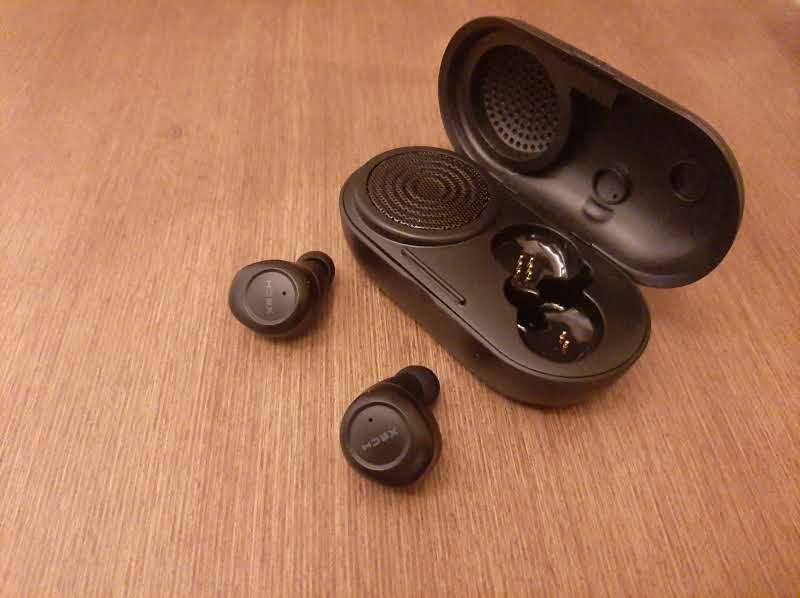 Talking about these earbuds, they were good to look at with easy to access controls. However, what dulled their shine is that their looks didn’t have the same amount of functionality kept in mind. Touch-sensitive, Xech didn’t design them with enough space or planning for comfortable handling when inserting or removing them from the ear, we felt. Very often, accidental touching would lead to the earbuds getting paused, and longer handling of the earbud off of the ear would even lead to complete switching off. The latter remains unavoidable in scenarios where you would like to have a short conversation with someone or cross the road without packing up the earbuds entirely. 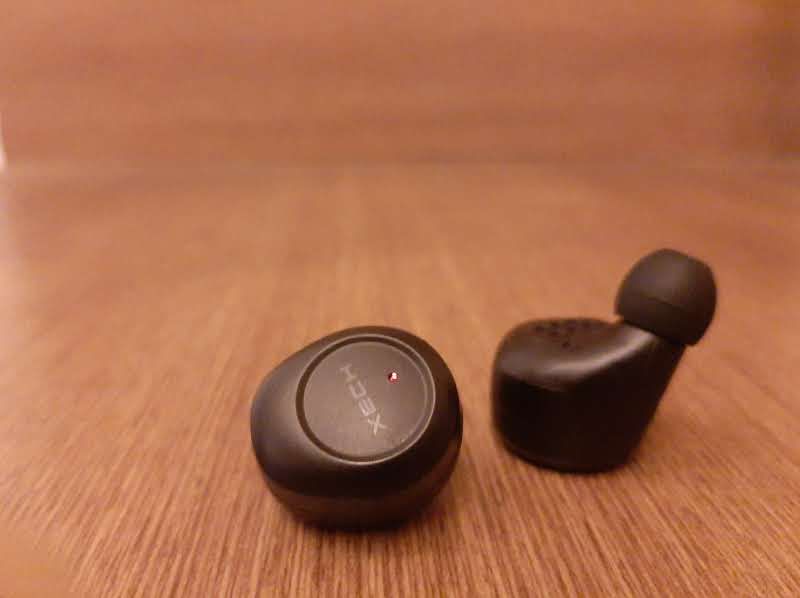 Otherwise, these earbuds fit into the ear like a dream and in spite of rigorous working out or even other kinds of movements, to the kind of audio these earphones provide we did not feel it slip out. You can know more about what kind of audio exactly it was if the previous line was any indication, below.

The audio on the earbuds was quite good. Across genres and volumes, the bass was strong and even high pitched sounds did not split in reproduction. Thus the aforementioned groove would come to you with these earbuds. There wasn't any additional colouring and compression of the sound and its different elements. 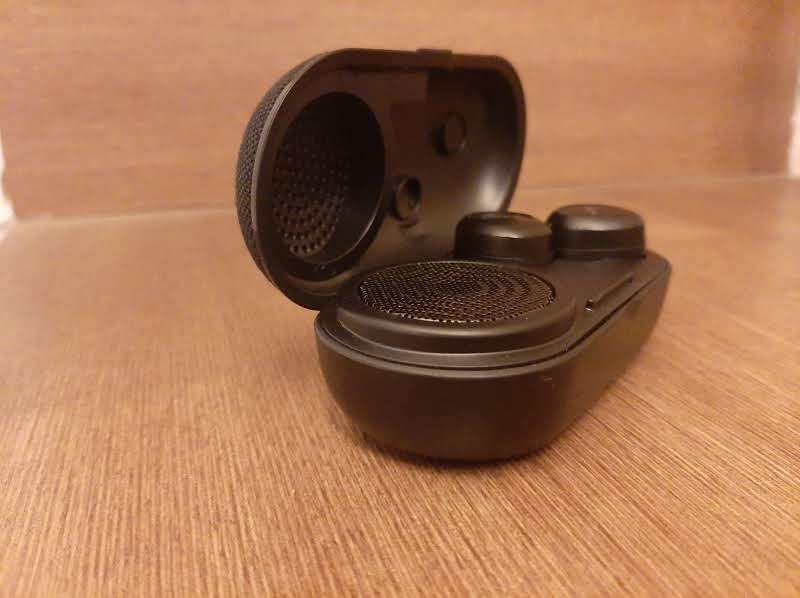 Audio on the speakerpods’ speakers meanwhile, wasn’t as good. There was an added reverb you could notice in the music and at higher volumes, tracks would also split. While the speaker only gets activated once earbuds are put inside the case, you can however also use it with one of the earbuds in single pairing mode.

While the audio on the earbuds was good, the audio from it wasn’t. The mic on these was poor, and audio on the other side of calls was said to be distant and faint.

Moving on to the connectivity of the earbuds themselves, they could connect to over the promised 10 metres. But there were also occasions when the Bluetooth connectivity would fail us. Multiple times the earbuds would disconnect from each other automatically a short while after being turned on and once we dealt with confusion for 30 minutes trying to switch between two Bluetooth devices close to each other. 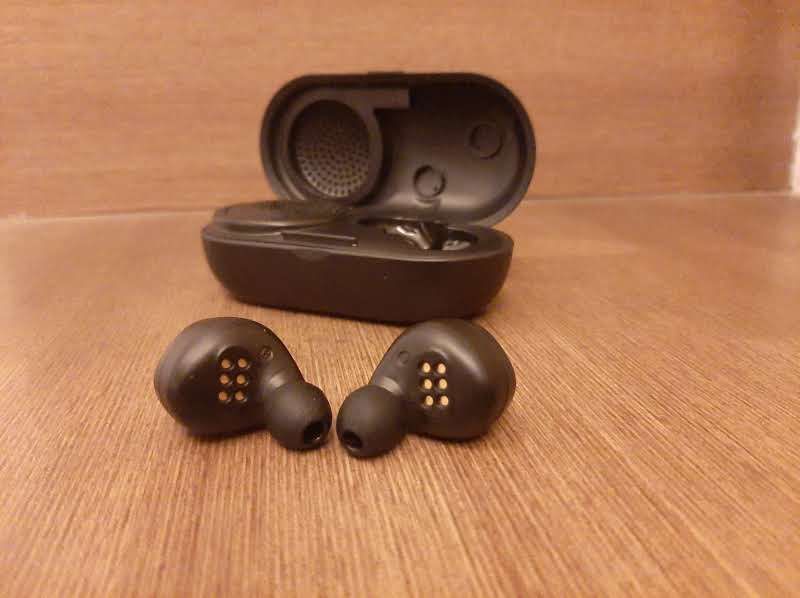 Another issue was also the lack of controls for the device — physical ones and not via Bluetooth. The device didn't switch off until 10 minutes after disconnecting from the audio source. During that time anyone could’ve connected to the device, there’s also undue usage of the battery life otherwise conservable by the introduction of just a power button.

At 500mAh these Speakerpods provide a battery capacity which is in sync with what most of the competitors in its range provide, save of course for a few rare exceptions. However, we did perceive inefficiencies with its usage. Apart from the mentioned lack of a power button on the system, we also saw that the earpods switched off citing low battery, at 20 per cent capacity.

On the earbuds, the Speakerpods give the user a range of features. Apart from good quality audio, there’s also voice assistant support and even an IPX4 rating, deeming it sweat and splash-proof. While it was a good attempt to combine the concepts of a speaker and a pair of earphones, into one single 'Speakerpod' device the product's still rough on its edges to sell simply on that. This is especially considering its current price of Rs 3,409.

So if you are looking to purchase them, do it for the true wireless experience. For the combination, you could perhaps go for its higher-priced variant Xech Speakerpods XL which have a more powerful speaker.