Heavy-duty phone for the 'other' India

The Jivi N 3720 feature phone has a canny feel for what Bharat wants and delivers it -- torch, power bank and all. 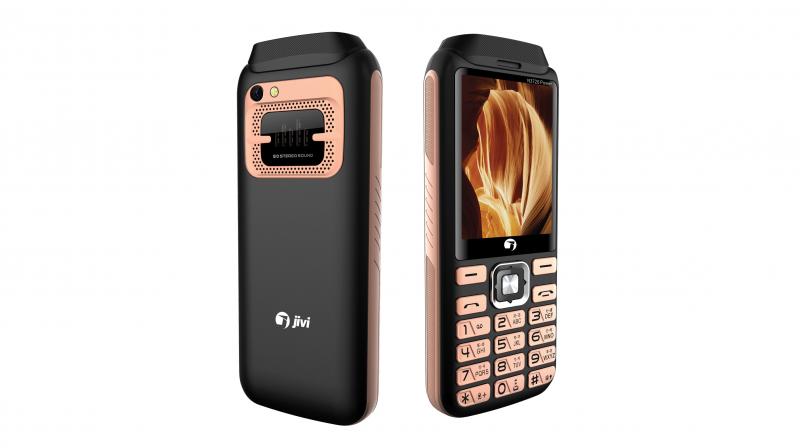 The phone takes an additional 128GB memory card and offers no less than 3 SIM slots.

In its heyday, Nokia did a lot of research before creating mobile phones for Indian needs. It was the first to add a torch to the handset, instantly becoming first choice of millions. Most phones, today even 'smart' ones, include a namesake torch. In an emergency, you have to fumble, to hit the right spot on the touch screen.

Which is why I am thrilled to try out the Jivi N 3720 Power, a very affordable, feature phone, whose sturdy body has a physical switch on its side. Slide it up and the phone becomes a brilliant LED torch. That is one of the thoughtful features of a handset whose makers have a canny feel for what Bharat, rather than India wants in a good, basic phone. The other, is a jumbo sized 4000mAh battery, that will keep the handset working for days and even double as a power bank to charge fancier, phones like the others on this page. They have included a full sized USB port, for this eventuality. Judging the tastes of its target market, they provide a large speaker, which belts out really loud audio from the built-in MP3/MP4 player or FM Radio. I can imagine a truck driver with the phone propped up on his dashboard, driving to music he can hear above the engine noise. And yes, the torch is bright enough to change a tire at night. The phone takes an additional 128GB memory card and offers no less than 3 SIM slots.

For those who already own another phone, there is a useful pairing feature via Bluetooth, so that you can sync, calls, music, messages or just use the N3720 as a loud speaker for music. At 1799 it is solid (literally!) value for its core customers.