No microSD slot, no problem for Galaxy Note 10

The Note 10 Pro will have the option of adding a microSD card. 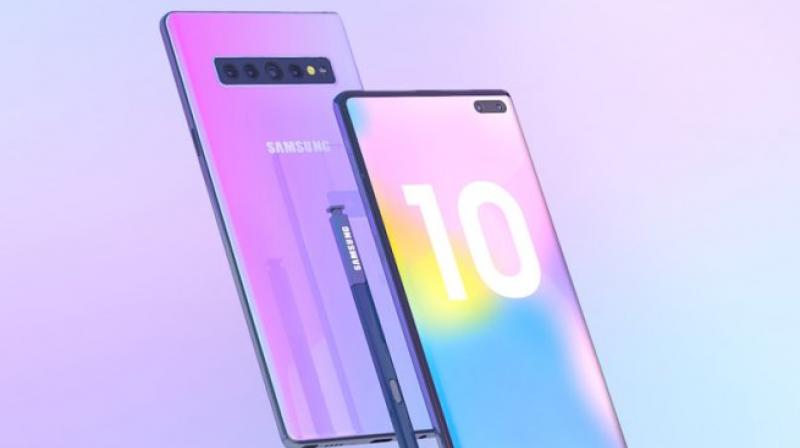 The Note 10 and Note 10 Pro will also feature Sound-on-Display technology but it won’t have a headphone jack and the Bixby buttons have been removed. (Photo: PhoneArena)

The Samsung Galaxy Note 10 is not even official yet, but we have already learned so much about the device based on leaks that now we know almost everything there is to know. And, the other new thing we have understood about the device is that the Note 10 won’t support a microSD slot. Yes, a new rumble started in the industry suggests us that the device will lack the support to externally expand the storage on your Note 10.

The source of this buzz, Max Weinbach of xda-developers who posted a few things on Twitter regarding the new Note 10 and Note 10 Pro, which he says he learnt from a source that had access to the mobile phones. 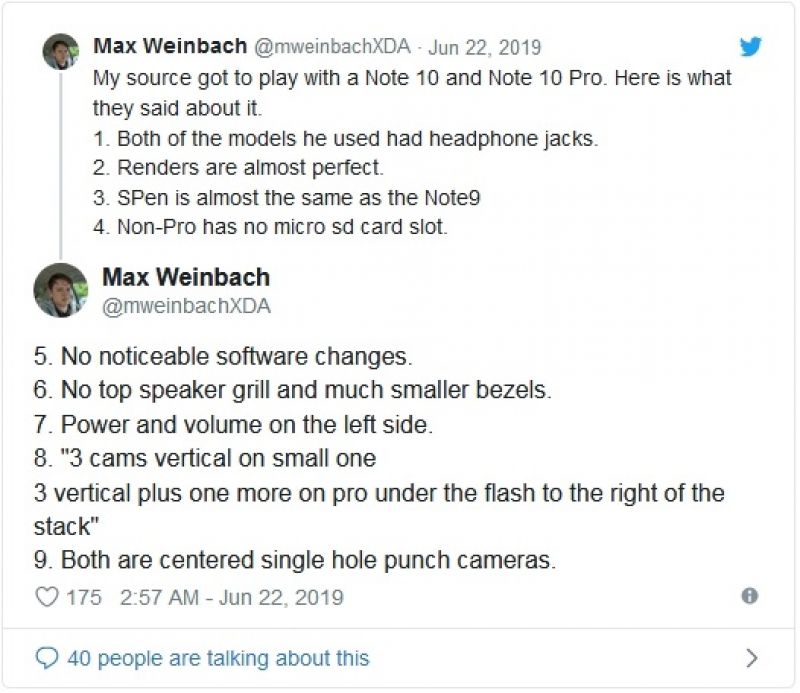 Weinbach’s source confirmed a lot of leaks surrounding the Note 10 and Note 10 Pro in his tweets. Although, as you can see, the Note 10 Pro will have the option of adding a microSD card, which totally makes sense as customers would have to pay extra for more internal storage.

One thing one must understand is that built-in flash memory is always faster than expandable storage. Samsung flagships now start at 128GB of memory and maybe it’s time that expandable storage on a high-end Android phone shouldn’t be considered a must-have feature anymore.

Sooner or later, the microSD slot was destined to be ditched and the absence of it shouldn’t disappoint anyone. Apple’s iPhone, Google’s Pixel and OnePlus are some of the names who sell their devices without microSD support.

The Note 10 and Note 10 Pro will also feature Sound-on-Display technology but it won’t have a headphone jack and the Bixby buttons have been removed.