Apple has the potential to launch a plethora of features by merely turning on a switch via a software update, a recent report states. 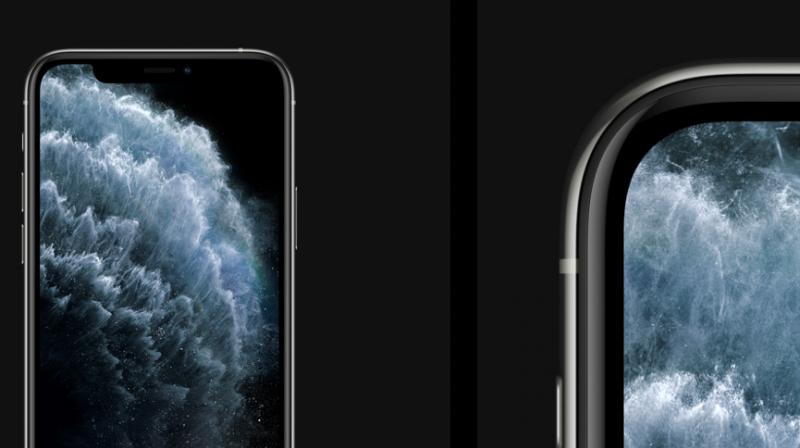 The iPhone 11 lineup has recently been launched and with the first reviews coming in, several features which Apple hasn’t highlighted are now coming to light. So far, we know that the new iPhones are much faster than the previous generation iPhone XS models, the cameras are said to be the best on a smartphone, and the battery has been bumped up significantly. This is all that Apple had announced; however, is there something more which puts the handset in a category by itself? There may very well be.

The iPhone 11, iPhone 11 Pro and iPhone 11 Pro Max fell short on paper prior to the launch of the handsets. After the event, one thing was clear — this handset isn’t about innovation but rather an iteration that lays the groundwork for best in class products that are due next year.

On the iteration front, Mashable states, “Look, I like to post stellar Instagrams as much as the next, but are better iPhone snapshots (plus a case that is disappointingly light lavender rather than full-on purple) worth a more-than-$700 upgrade?…it was not unreasonable to suggest that the company would introduce some major iPhone tech beyond metastasising the camera bump and trying to market slow-motion front-camera videos as “slofies."

So what could this exactly mean? It appears that Apple has a few tricks up its sleeve and the iPhone 11 could be loaded with features that have just not be turned on yet.

As per Gordon Kelly of Forbes states, “Setting tongues wagging, acclaimed Apple insider Sonny Dickson has revealed that every new iPhone 11 has bilateral (aka reverse wireless) charging hardware inside them but it is disabled in software. Reverse wireless charging, which enables iPhones to charge wireless devices placed upon them, was hotly tipped for months and thought to be a major motivation behind Apple’s new AirPods wireless cases.”

As of now, the notion is that the hardware may be in place to launch this exciting feature but the software isn’t ready to deploy it yet. There is a high possibility that this software can be tweaked in a later iOS update. So, you should be ready for a surprise that Apple may be having in store for all iPhone owners.

A related report by Forbes states, “This would not be the first time that Apple has taken this approach, John Gruber notes that it has happened in the past on at least three occasions; enabling 802.11n in a number of Macs, and switching on Bluetooth in both the iPod Touch and the second Apple TV.”

The next logical question is what is Apple hiding in the new iPhones? The handset won’t magically produce a USB-C port, but it could have these features that could pop-up at a later date.

The major hidden surprise could be the aforementioned reverse wireless charging. Forbes explains it by saying, “Using the iPhone and its internal battery combined as a Qi charging plate. It’s handy for topping up the charge in peripherals which are Qi equipped (and is already a popular feature on flagship Android devices).”

The next could be in the camera department and Apple could be having a surprise or two where the photo or video recording can be enhanced. This update could arrive around the time of the Pixel 4 launch and may steal the spotlight from Google.

Apple may not have had its “One more thing…” moment at the iPhone 11 but it could be saving it in the form of activating enhanced capabilities in the iPhone and more software that will appease all users.