Huawei to unveil an iPad Pro competitor on 25th November

Many have pointed out the various similarities in the render of the MatePad Pro and the iPad Pro's design, not overlooking the name as well. 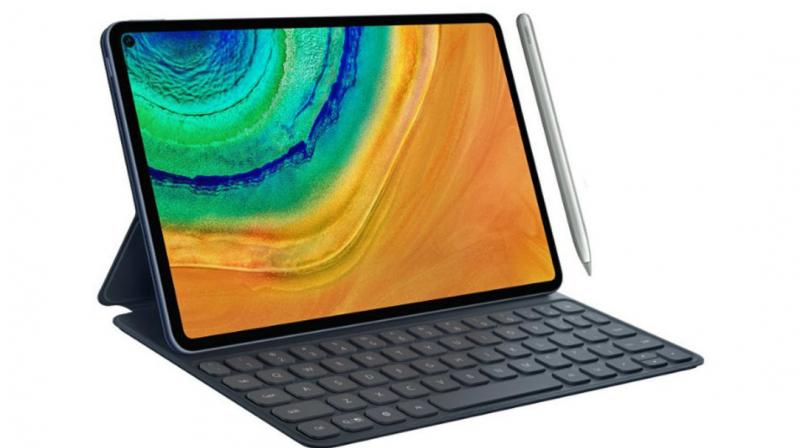 It is speculated that it will come in four colours namely- Orange, White, Blue and Green with a dual camera setting and LED flashlight, at the back. (Photo: Evan Blass/Twitter)

Huawei’s MatePad Pro tablet will be launching later this month in China, according to a Weibo post by Huawei’s CEO Richard Yu. The picture Yu posted showed simply the word mate while the rest of it was quite a blur however 25 November was decipherable at the top.

News had first broken about such a product is in the works on the 19th of October, when Evan Blass had also tweeted a picture of it. So far, it is known that the tablet will have a punch-hole front camera and the Kirin 990 SoC inside.

Apart from that as well, we know that it will have 4GB of RAM and up to 256 GB of storage meanwhile TENAA certifications have shown that the device will support Wi-Fi only as well as 4G LTE variants. There’s also news that like Huawei’s smartphone models, this will also support 40W fast-charging. 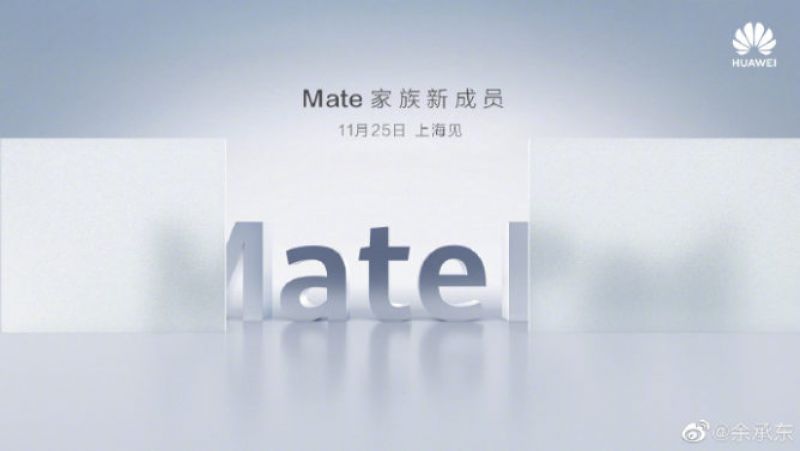 Other leaked specs show the device to be sporting a Quad HD+ display at 2560 x 1440 pixels resolution and a magnetic keyboard with a stylus as well. Although, the storage facility for the stylus is still not clear. At the bottom, the tablet will have a USB-C type port with speaker grilles on either side.

Price details of the tab are not clear right now, however, it is speculated that it will come in four colours namely- Orange, White, Blue and Green with a dual camera setting and LED flashlight, at the back.

Post the initial leak about the development of this product, many had pointed the various similarities in the render of the MatePad Pro and the iPad Pro's design. The name Mate Pad Pro also seems to be a sort of a dig at the Apple product.

However, it is only after the 25th September, Shanghai launch of the MatePad Pro can we say anything about the matter.