The design of the next Galaxy S-series flagship looks like it has come from a futuristic sci-fi movie. 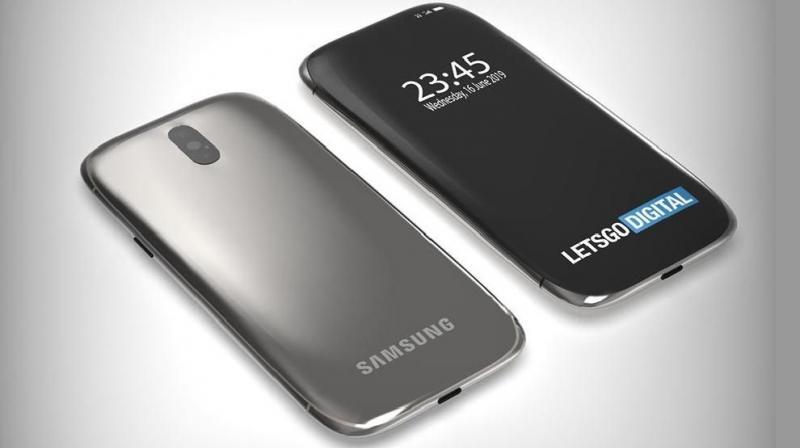 The theme of the Samsung Galaxy S11 is undoubtedly its curves.

The Samsung Galaxy Note 10 is just around the corner and with it, we will see the South Korean giant use a pretty radical design. However, the launch of this product may be over-shadowed by Samsung’s first 2019 flagship — the Galaxy S11 and its design look like it has just surfaced from a science fiction movie.

The theme of the handset here is undoubtedly its curves. While the Galaxy Note 10 will come with a more boxy appearance, the Galaxy S11 will feature a curved design that aims to sit comfortably in the palm. This leaked design reminds us of the vivo APEX 2019 that was demonstrated earlier this year. The vivo handset may be a prototype as there is no launch date mentioned; but knowing Samsung and its resilience, the brand will do everything they can to stay at its number one position.

As per latest published patents obtained by Let’s Go Digital, Samsung is hard at work on a smartphone that’s being described as ‘borderless’ and will have a display that curves around the sides of the handset. This helps it to offer not just a full-frontal display but also a display that embraces all four sides as well. 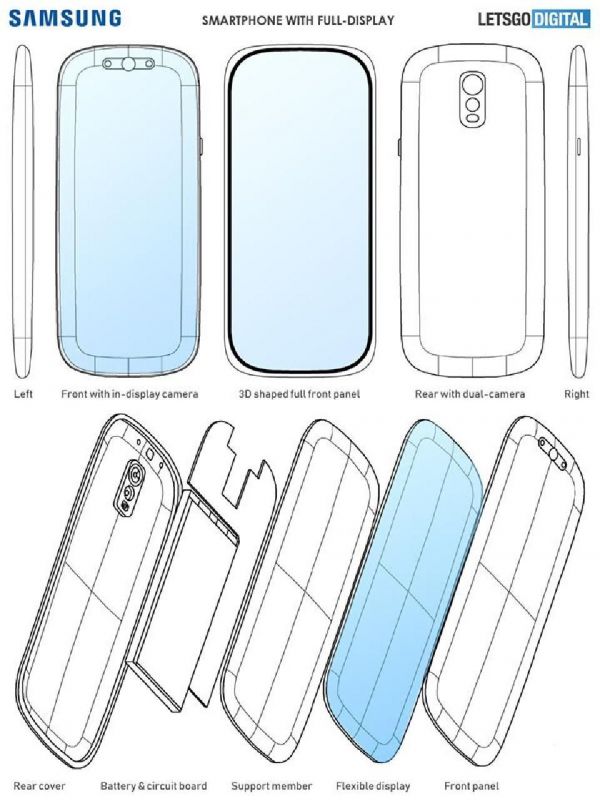 Let’s Go Digital states, “The front camera and associated sensors are implemented in the curved display area. To prevent this curvature causing image distortions, the flat camera module is placed with a tilt. The curved screen ensures that the whole still looks aesthetically good. The fingerprint sensor is also processed under the screen.

The camera system at the rear accommodates several camera lenses, these are implemented in the straight part of the housing, in the middle. They are placed vertically apart on the patent sketches. However, the final design may differ from the sketches, after all, it is not a design patent, but a so-called utility patent. In other words, it is about technology innovation and the usefulness and benefits of the invention.”

As is the case with most patents, brands file them in order to show their intent in building products. It is not necessary that these products have to be mass-produced or sold to consumers. However, given that Samsung’s plans are known, we would not put it past them to launch a smartphone with this design.