The Find X is more than a novelty — it offers a stunning screen, great cameras, plenty of raw power, and long battery life. 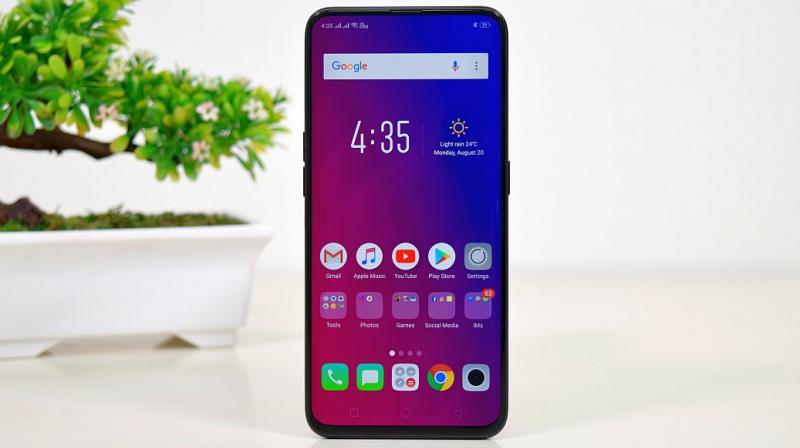 OPPO has delivered the most original and ambitious phone on the market.
Rating:

The current trend in the smartphone industry is to deliver maximum screen area in a small footprint. In this pursuit, the manufacturers have thinned down the bezels. Some have moved the fingerprint sensor on the back, while others have placed the biometrics under the screen. However, we still can’t get the edge-to-edge screen due to the front-facing camera, earpiece, and a bunch of sensors. It is such a pain point that a design-driven company like Apple gave up and embraced the abomination known as a screen notch.

Breaking the screen symmetry is a design-101 offence. Unfortunately, most Android manufacturers copied this design anomaly. Fortunately, there have been a few holdouts like Samsung, OPPO, and Vivo. With its NEX smartphone, Vivo leads the way for true edge-to-edge screen phone thanks to a mechanical pop out selfie camera. Its sister brand OPPO wrapped this solution in an elegant package and named it rather silly Find X.

The Find X is a love at first sight. It is the most gorgeous smartphone I have seen so far. It features a classy metal frame sandwiched between premium glass. The phone sports a Galaxy S9-esque screen that seamlessly curves to meets the body. Each curve and line is rendered with impressive accuracy. In terms of build precision, this Chinese brand can give Apple a run for their money. Of course, the highlight here is the motorised slide out structure. It houses both front and rear-facing cameras and face recognition sensors. The sliding motion is swift yet phenomenally smooth. Goes on to show OPPO’s manufacturing prowess. 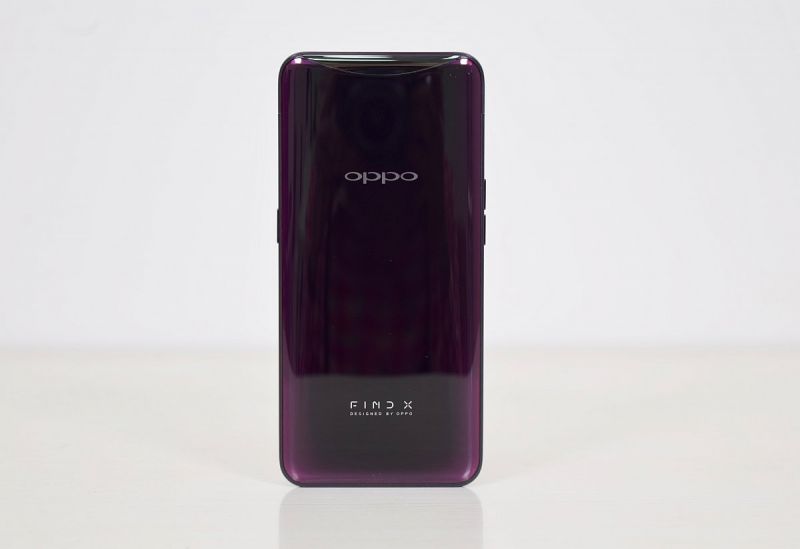 OPPO has nailed it in terms of the hues. Both the blue and purple variants look stunning. On top of that, the clever use of gradient makes the Find X reflect the light beautifully. Even the metal frame is coloured to perfection. Keeping with the curvy design theme of the handset, the slide-out structure is also curved. Another thing worth mentioning is that the sliding mechanism is quite robust. A friend of mine force-closed the pop-out camera, and that didn’t cause any problem with the device. Overall, if you think that the Galaxy S9 looks futuristic, the Find X is a few years ahead. 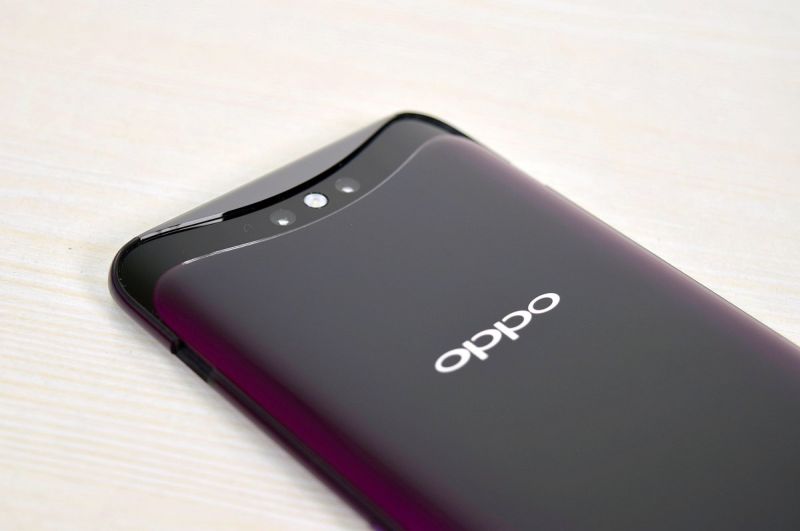 The OPPO Find X lacks a fingerprint scanner. It relies completely on the iPhone X-esque 3D face scanning. And boy, it outperforms Apple on this front. It is crazy how quick the face unlock feature works since the sensors have to pop-out before scanning your face. Another great thing is that the cameras are closed inside when not in use. Not only it protects the lenses from dust, but also makes snooping from shady companies such as Google difficult. The biggest downer, however, is that the sliding mechanism comes at the cost of waterproofing. 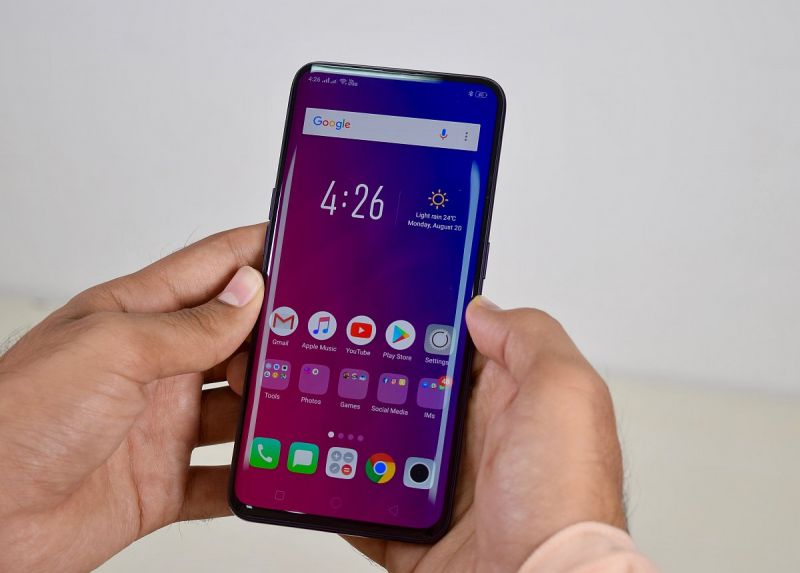 With selfie camera and sensors out of the way, the Find X offers edge-to-edge screen. What you get here is a 6.4-inch Super AMOLED panel with curved edges. This Full HD + screen has a 19.5:9 aspect ratio. OLED panels are inherently superior to its LCD counterparts. So, you get vibrant colours and pure blocks. Since every pixel in an OLED screen is self-illuminated, you get unmatched contrast. To put it in perspective, the screen quality is right there with the likes of the iPhone X and Samsung’s Galaxy S9. The Find X’s screen does struggle a bit when it comes to the sunlight legibility though. OPPO could have avoided this with the right polarisation filter.

The software has never been OPPO’s forte, and this phone is no exception. However, the Chinese brand has put a lot of efforts in this one. For starters, the animations on this phone are elegant and smooth. The transitions are mostly fluid. I like how a purple outline runs around the screen right where the camera slides out. On the other hand, the icons could use some design refinements. So overall, the ColorOS 5.1 gets the work done but could improve upon the aesthetics.

Powered by the latest Qualcomm Snapdragon 845 chipset, the OPPO Find X packs in some serious power. Throw in a whopping 8 GB RAM to the mix, and you get multitasking champion. Goes without saying that the phone is snappy all the time. It may score a bit less in some benchmarks, but in real world usage, I can’t think of any Android phone quicker than this. 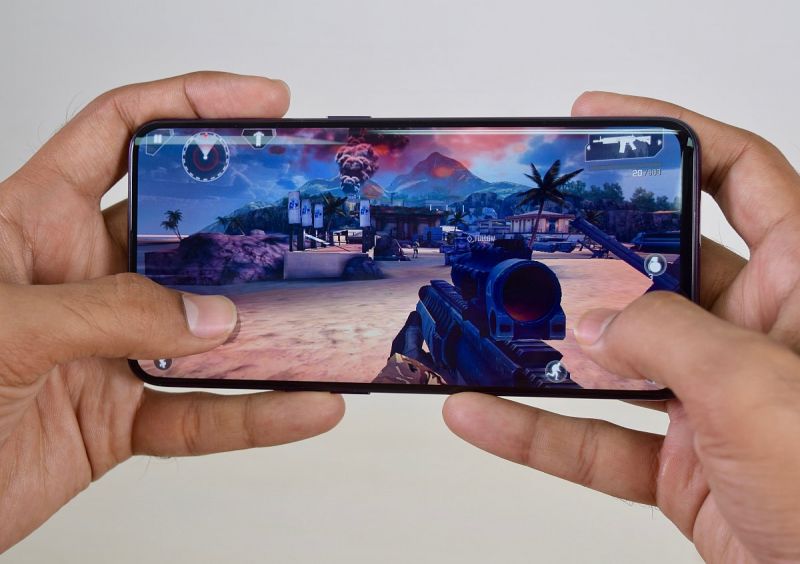 Even when playing PUBG for hours, I never noticed any performance issue. Moreover, the game looks phenomenal on this device. It truly runs in full-screen mode. You don’t have to put up with a stupid notch or letterboxing at all. It almost feels as if the phone’s body has disappeared and you are just holding a gorgeous screen. With a bit of zoom. Apps such as YouTube and third-party video players also offer videos in edge-to-edge glory. It is sad that I couldn’t do that on the iPhone X.

My only gripe here is that the phone lacks a 3.5 mm jack. It uses the USB type-C earphones. This means that you can’t charge the phone and listen to the music simultaneously. The bundled earphones look like earpod knock-offs and aren’t very comfortable. I don’t why OPPO decided to copy badly designed earphones after designing such a killer device.

On the connectivity front, you get 4G VoLTE, dual-band Wi-Fi, and Bluetooth 5.0. All of this works without any issue. Of course, I had a few drop calls, but that’s entirely due to Airtel’s horrendous network coverage in Hyderabad.

The OPPO Find X sports a dual camera setup at the back. It comprises of a 16MP RGB sensor with a 20MP depth sensor to keep it company. The camera module boasts of OIS (Optical Image Stabilisation). It also features a dual-tone LED flash. I don’t care about it at all as using flash flattens the images. 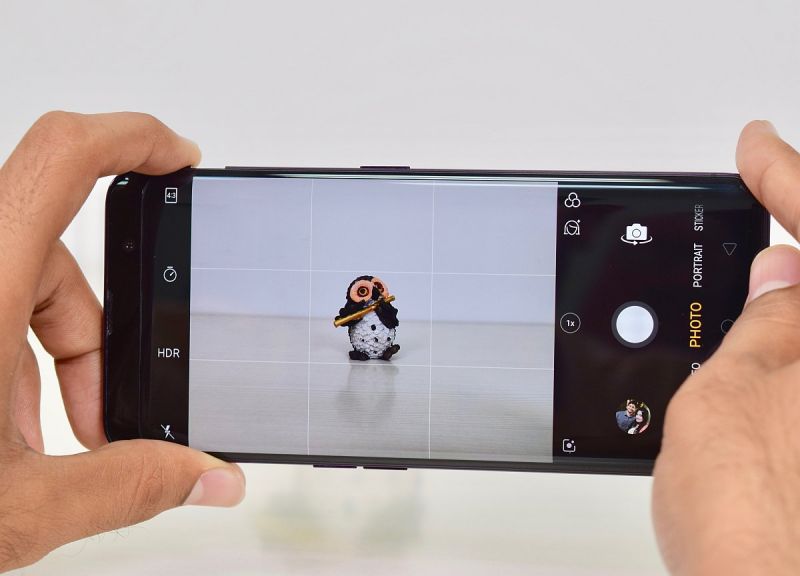 By default, the camera interface is simple and unobtrusive. It is like a point and shoot, which is ideal for most consumers. However, you can switch to the expert mode for finer controls such as ISO and shutter speed. More importantly, the camera quality is impressive. The images contain plenty of detail. The colours look a bit more vibrant than the reality, but I do like it that way.

The Find X pulls off an impressive performance in low light too. It produces bright, detailed, images while keeping the visual noise levels low. In the photography department, this phone is as almost as good as if not better than the Galaxy S9. Almost, because Samsung’s flagship seems a bit faster than the Find X in terms of low-light focusing.

There’s nothing to complain about its Full HD video recording. It does lose out on 60 fps 4K video recording. However, at this point, I find 4k quite stupid. I could be wrong, but not many people have invested in 4k TVs yet. Additionally, clips recorded on a smartphone mostly end up on social networks, where even HD quality is more than enough.

Speaking of battery, the Find X packs a 3730mAh battery, and it returns an excellent mileage. I usually got around 30 hours of battery backup, and although I couldn’t check the screen-on time due to the lack of battery graph, I am sure I was using it more than 5 hours at least. The device also features OPPO’s 22.5W VOOC fast charging, with which it can recharge itself under two hours, which is quick.

The OPPO Find X is the most beautiful handset I have held this year. In a time when Apple took a lazy approach towards design by slapping a notch on the iPhone X, OPPO turned out to be bold enough to address the problem with impressive boffinry. It is that x-factor you deserve after paying a premium for a smartphone. Apple’s version of the future had an ugly notch and the entire industry aped them like sheep. Thankfully, OPPO has hit the reset button in time. 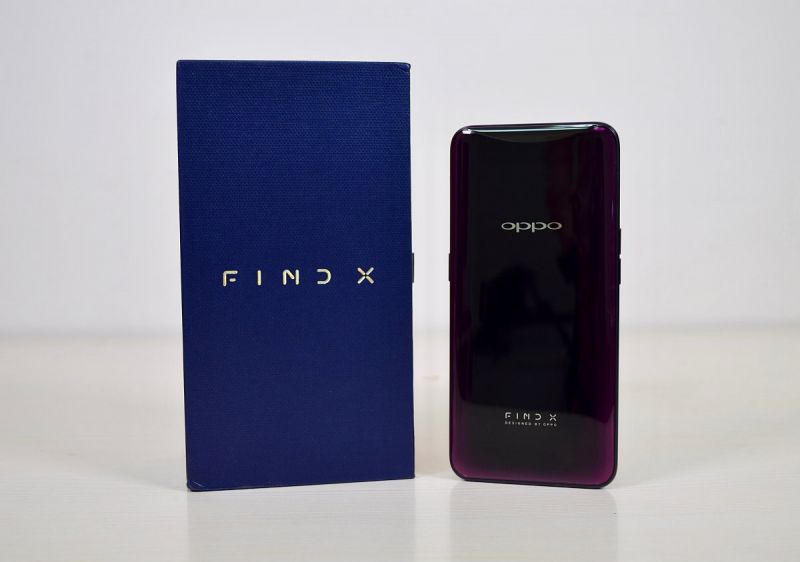 What’s more, the Find X is more than a novelty. It offers a stunning screen, great cameras, plenty of raw power, and long battery life. When OPPO started focusing on the premium smartphone market, I never anticipated that this Chinese brand could compete with established biggies such as Apple and Samsung. But, as I wrap-up this article, I realise I was absolutely wrong. In little time, OPPO has delivered the most original and ambitious phone on the market. Moreover, the Find X delivers on all fronts. In short, if you are planning to purchase a high-end smartphone, go for the Find X by all means. Don’t believe those snobbish reviews inequitably picking on the user interface to deliberately bring down its score below their beloved iPhone X or Galaxy S9.