Apple may be preparing a new smartphone with a design that’s absolutely mind-bending. 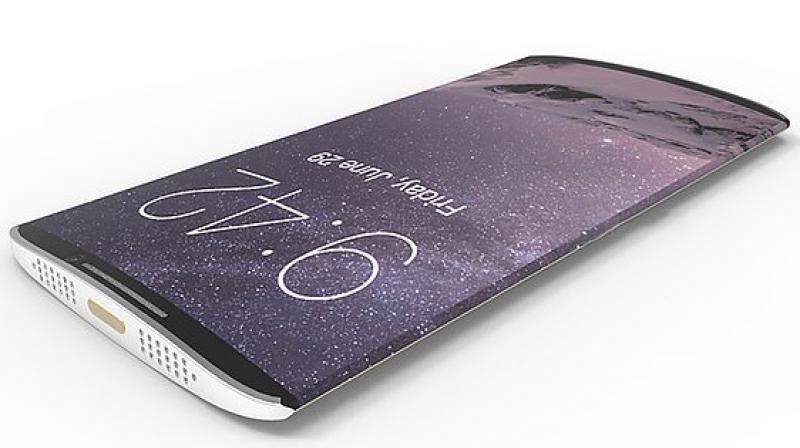 Apple said that the display is a “continuous loop.”

Every year, Apple sets the pace for iPhones with specifications that were previously unheard of. When Apple announces its new lineup of handsets, one word that often gets thrown around is “revolutionary”. While the launches are pretty spectacular, they’re not really revolutionary. However, now it appears that Apple, in fact, does have something revolutionary up its sleeve and this will absolutely transform the tech industry as we know it.

It was revealed that the US Patent and Trademark Office recently published a filing that claims that Apple is working on an iPhone with wrap-around screen design. The drawings portray a device that appears to be thick in the centre and extremely slip at the sides. The centre component is where all its internals will reside.

In the filing, Apple said that the display is a “continuous loop” that’s strengthened by its software that’s capable of identifying how a person is looking at it and respond accordingly. What this means that regardless of how you are holding the handset, the device’s software will dynamically adjust to ensure you’re always seeing what you want to see on the unique screen.

What has to be stated is that just like every big tech company, Apple files for patents all the time. And there is a high possibility like plenty of Apple inventions; this may never find its way into the mass market.

However, there is a very high possibility that it will be mass-produced.

In the recent past, several major tech companies are looking at bendable, foldable and malleable displays to improve the overall design of the device. Samsung and Huawei have done this with the Galaxy Fold and Mate X respectively; however, other brands are also using curved displays designs in smartphones and smartwatches.

Concerning this, Apple has always been tight-lipped on any possible plans of a foldable phone and hasn’t commented on their biggest rival’s Galaxy Fold. However, Apple is keenly aware of the future and for years it has allowed its competitors to showcase technologies before it delivers a version of it that’s arguably superior.

Keeping this in mind, we should not dismiss Apple’s recent patent update. And this is also the reason why, if Apple moves forward on it, the brand will dramatically change the entire tech industry.

If Apple does launch a smartphone with a wrap-around display, it would require software developers to rethink their apps drastically. Developers would have to know how their apps would interact with users as they use the wrap-around screen. And what’s even more interesting is that Apple’s new iPhone would allow third-party developers to think outside their comfort zone and create unique apps that have the potential to deliver completely different user experiences than what’s seen today.

Apple also has the potential to disrupt hardware with its design choices and it’s true that we have seen foldable and curved displays on smartphones, but a wrap-around display that Apple has filed for in this patent is quite unique.

If this design catches on, it is reasonable to think that other smartphone brands will follow with similar designs.