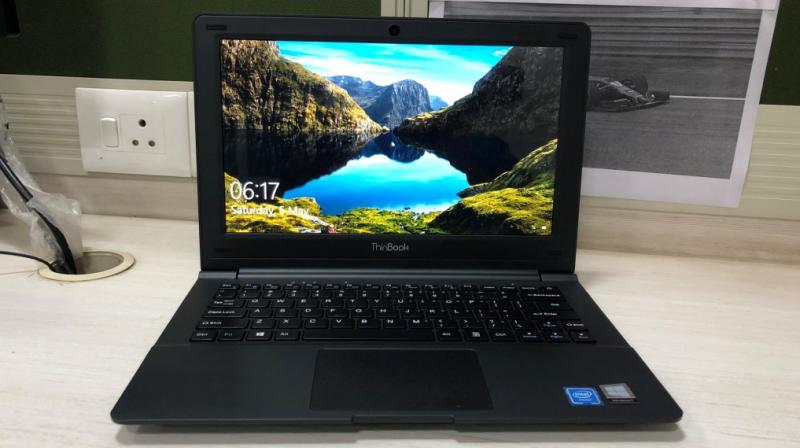 The ThinBook features dual HD speakers placed on the bottom of the laptop, and a built-in camera above the display.

Gone are the days where the laptops were used to be huge bulky machines that weren’t easy to carry around. Those laptops were also heftily priced for only a few conventional specifications. Following that, superior laptops were introduced which were moderate in size and extremely powerful. These were mainly used by the working class professionals mostly in the IT and business sectors. Currently, the laptop market has been evolved and all kinds of laptops which are powerful and aesthetically designed and are also in the slimmer form factors are available. Thanks to the tech giants like Apple and Google for starting the new trend of slim form factor notebooks, which are equally powerful and fairly priced.

As for the students, the laptop market is still reluctant as there are only a few limited options, either they can go for a full-on PC or a budget-friendly Google Chromebook, which has very limited features. Filling this void, a Hyderabad-based start-up named RDP has released a few cost-effective laptops with moderate specifications to handle basic tasks. From the company's budget laptop product portfolio comes the RDP ThinBook 1130 laptop with an 11.6-inch IPS display that promises to handle casual day-to-day tasks and comes at a really affordable price. 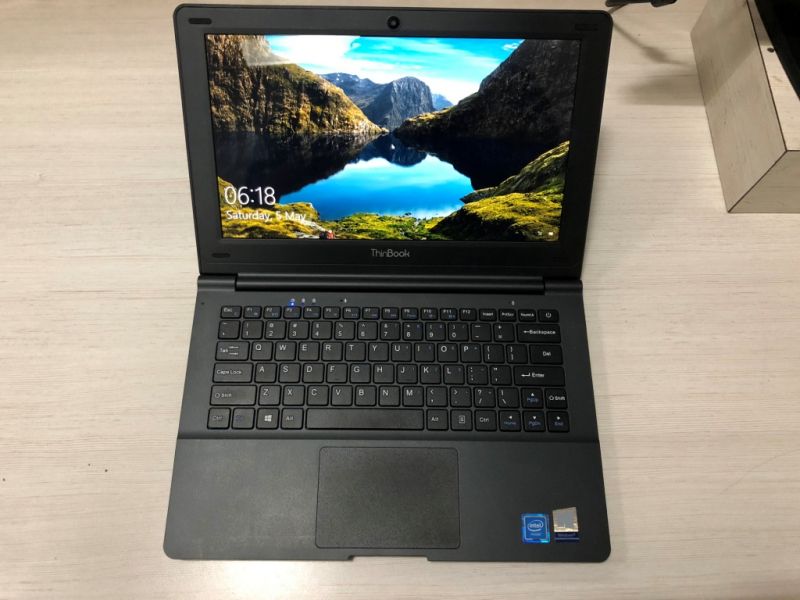 Usually, the affordable laptops tend to have some compromises in terms of build, the RDP ThinBook 1130 features an all-plastic build that makes the laptop highly portable. Since the laptop is cost-effective the build quality doesn't feel as cheap but do expect some edgy corners which can be a slight problem in handling. The ThinBook 1130 is no different than a conventional laptop as it boasts a full sized QWERTY keyboard with Chiclet-style keys. Despite the small form factor the keys are well balanced and widely spaced for comfortable typing. 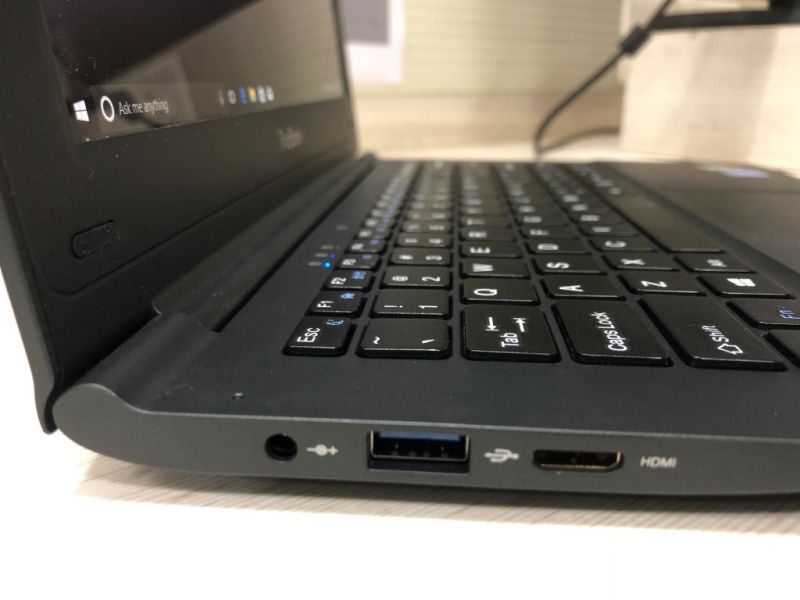 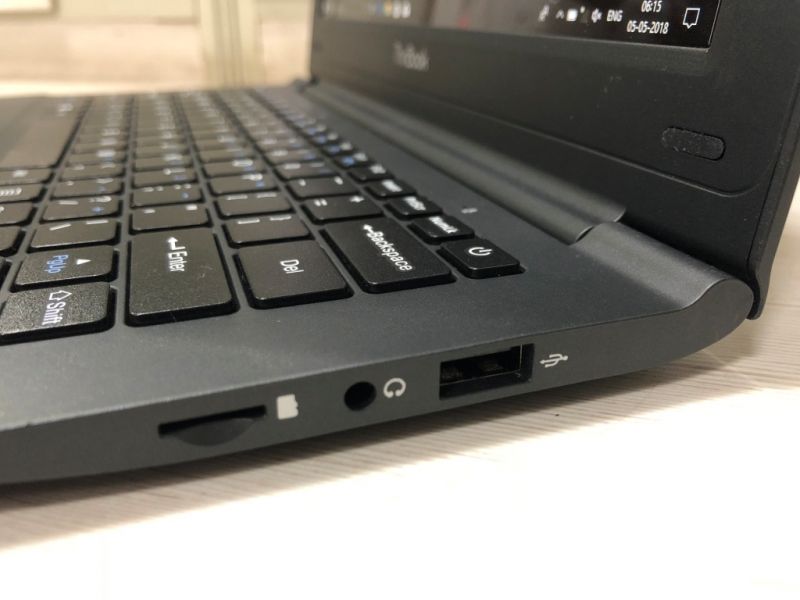 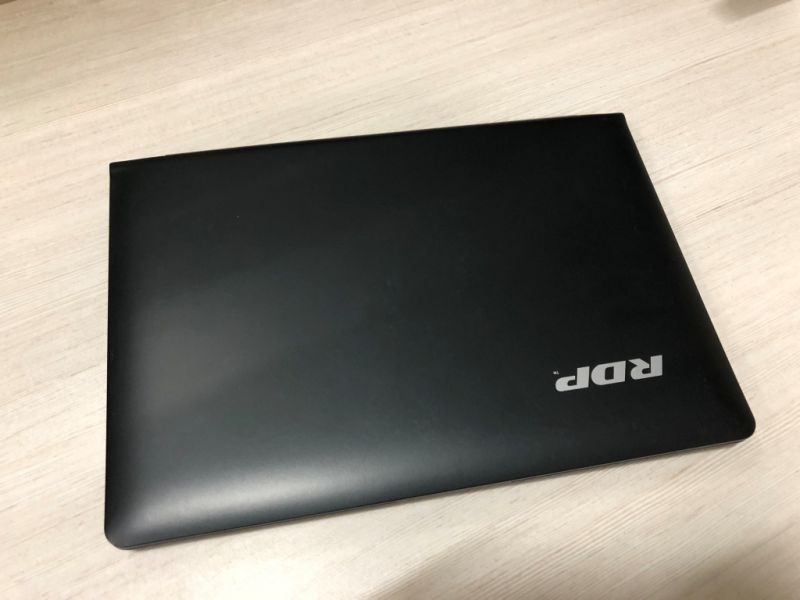 In terms of I/O, the ThinBook features a USB 3.0 and a USB 2.0 port along with one mini HDMI port and a microSD card slot. It also features a 3.5mm headphone jack slot and a power input slot, thinner than the usual found on conventional laptops.

Lastly, the laptop features a multi-touch touchpad with included Windows 10 smart gestures. The trackpad, however, is fairly sized on this smaller sized laptop. 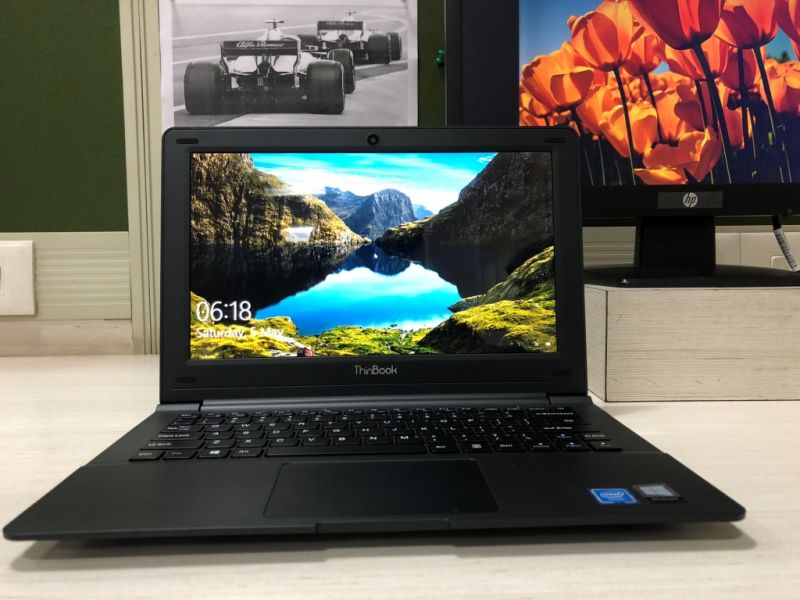 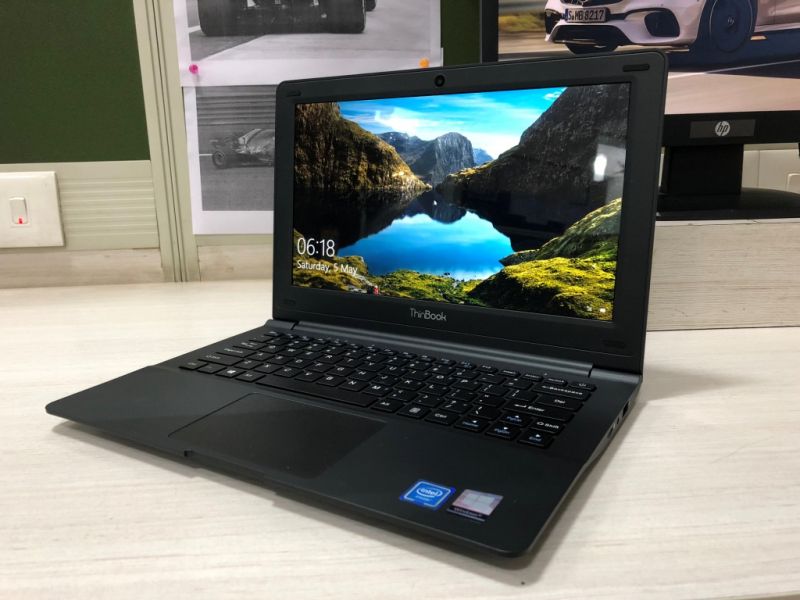 As mentioned earlier, the ThinBook 1130 comes with an 11.6 IPS display with a resolution of 1366x768 pixels. As for the display, the screen is reflective but the viewing angles are pretty decent. The company has made a pretty fair choice by utilising an HD IPS panel despite the budget constraint. Media consumption on this laptop is fairly substantial – the video quality is crisp, sharper and viewing angles are remarkably good – thanks to the HD IPS display. Longer periods of watching videos wouldn't have to be an issue. 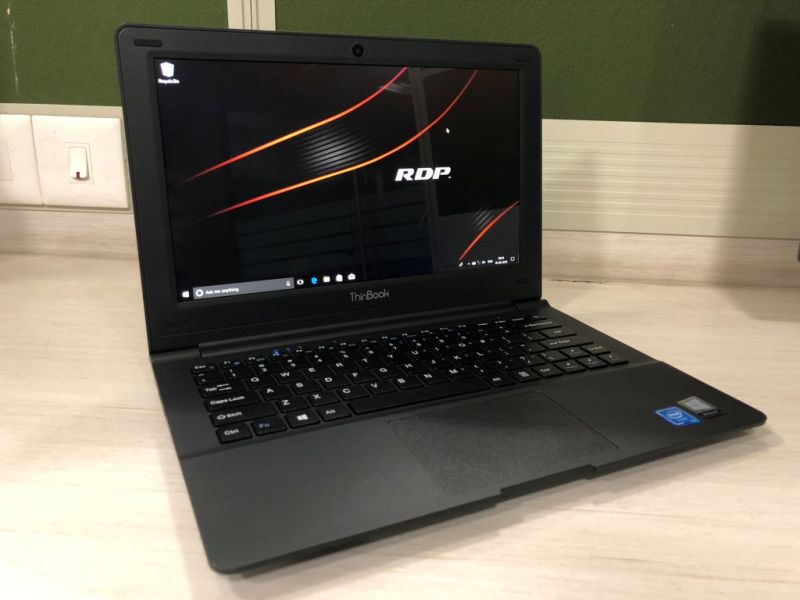 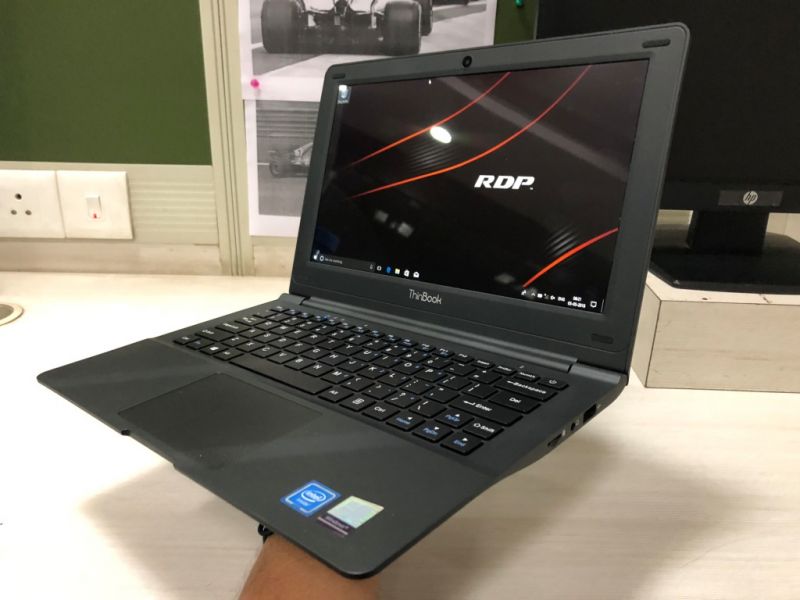 The ThinBook is built on an Intel quad core x5-Z8350 (Atom), which has a burst frequency of up to 1.92GHz. It is also equipped with 2GB of RAM, 32GB of built-in storage and an integrated Intel HD 400 graphics. As stated earlier, it also features a micro SD card slot with support for up to 128GB of storage. The laptop’s 1.92GHz processor and 2GB RAM will help you perform essential everyday tasks pretty efficiently. Browsing, video streaming and writing documents on this laptop is a no-task job. However, while browsing, opening numerous tabs will certainly push the limits on the performance that later tends to slow down. 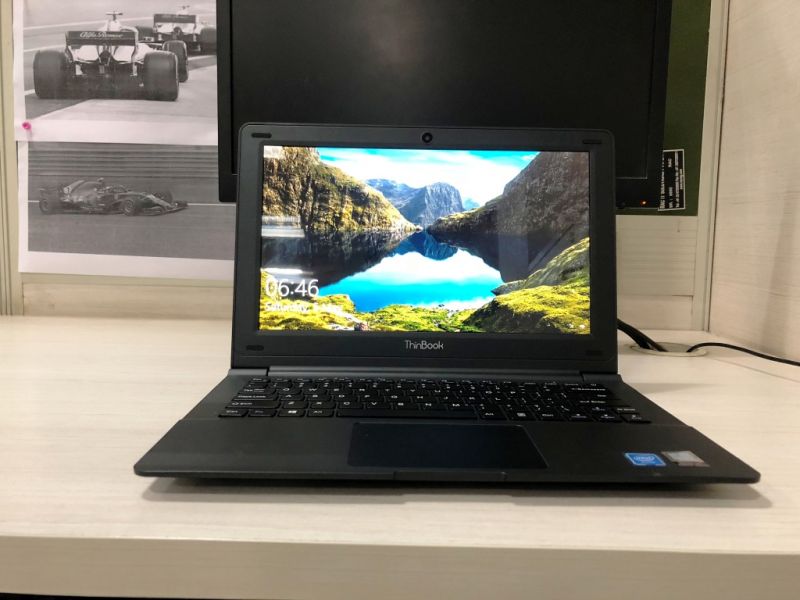 The laptop ships with Windows 10 OS out-of-the-box and it runs relatively smooth on this ultra-cheap portable device. Even though, the laptop is powered by the Intel HD graphics we wouldn’t recommend trying any high-performance games. It can be used for regular Windows Store games that use less RAM. The multi-touch trackpad on this cost-effective laptop is a bit tricky to use. Though the trackpad is comfortably placed, gestures are a bit off and you could be facing a lot of accidental clicks and unnecessary page zooms when using it for scrolling.

Finally, in terms of audio, the built-in speakers on the bottom sound very average, but not all satisfactory. However, the audio output is pretty loud when placed on a flat surface. Media consumption shouldn’t be a problem with these dual speakers. But you would be better off with an external speaker or with headphones for movies and music.

The ThinBook 1130 laptop is powered by a 10000mAh battery and the company claims it to have 10.5 hours of backup on a single charge. Recharging this battery takes a little more than 3 hours to top up. 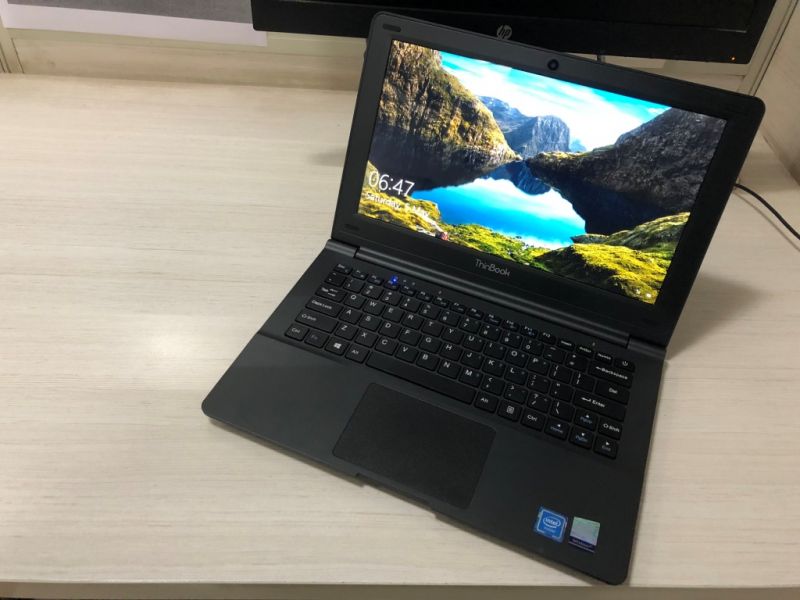 So who would be buying this ultra cheap and portable laptop? Students can easily opt for this ThinBook without any second thoughts since it does the essential tasks such as browsing, media and documentation. The RDP ThinBook 1130 would be an ideal choice for those looking for an extremely budget-friendly laptop or desktop PC. Those who need a PC for limited work such as emails and browsing apart from casual social media, and occasional videos, the ThinBook is an excellent choice. The ThinBook 1130 is a great alternative to a tablet, although not as portable. The budget-friendly RDP ThinBook 1130 is priced at Rs 10,999.