Technology   In Other news  30 Sep 2019  Apple Byte: The week’s top news from the Cupertino-based company
Technology, In Other news

Apple Byte: The week’s top news from the Cupertino-based company

The past week was eventful and scary for customers of the iPhone-maker, we tell you how and why. 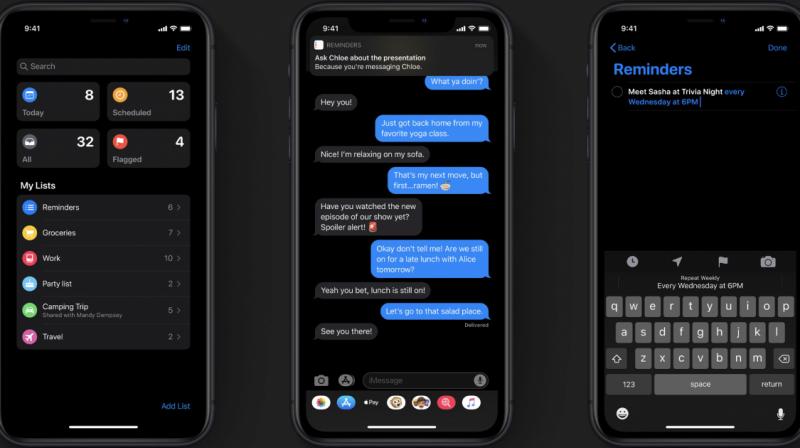 Apple’s iOS 13 update released on 19th September and it brought with updates to its camera and video editing capabilities, dark mode and some other stuff. But iOS 13 will be remembered most for its security updates.

The past week marked the beginning of Apple iPhone 11 series models’ sales in India, it was also scary for many Apple and iOS-supporting device users for there were exploits and warnings discovered and issued.

We also had some exciting concept videos for the still far away, iPhone 2020 surface on Youtube. About which you can read here, for the buzz for an Apple device never ends.

Talking about the next iPhone, there is also speculation from Apple Analyst Ming-Chi Kuo, who said that Apple may even take inspiration from its own, for the next device.

While these would keep going on and we should move on to more concrete, up-to-date developments on its front the iOS 13.1 update has rolled out for iPhone users. There’s a mixed reaction from our end to this, check out the reports below to find out.

Apple could slow down iPhone XR, XS with iOS 13.1

In 2017, Apple’s update had slowed down many of its older phones and this may even happen with its older models. The new 13.1 update will bring a CPU throttling feature on the iPhone XR and XS.

The company has faced backlash for ‘slowing down’ older iPhones to force people to buy the newer ones, while Apple insisted this was done to compensate with the older batteries on iPhones that had been used for a while.

However, first let’s catch you up, since we missed uploading the Apple Byte one week. Apple’s iOS 13 update released on 19th September and it brought with updates to its camera and video editing capabilities, dark mode and some other stuff. But iOS 13 will be remembered most for its security updates.

Here is our listicle on the same.

Apple faced some bumps on the privacy road when reports of the company’s employees anonymously listening in on Siri recordings without the users knowing came to light.

Now Apple has the next big thing in the form of new privacy and security-oriented features in iOS 13, the newest update for their iPhone series.

However, with the release of the next iOS 13.1 update new security concerns have already emerged.

As per an official statement, Apple has revealed that iOS 13.1 and it's latest iPadOS 13.1 have a new flaw which enables third-party keyboards to get “full access” to iPhones and iPads “even if you haven't approved this access”.

Apple states, “This issue does not impact Apple’s built-in keyboards. It also doesn't impact third-party keyboards that don't make use of full access. The issue will be fixed soon in an upcoming software update.”

While you wait for the next iOS update, iPhone 11 and upward model users have something they should know of too. Apple has made another update with their new devices, so say goodbye to having cheaper, third party hardware put in your phones in cases of damages. Read our story to know further.

Apple encourages users to opt for product repairs only from an authorised centre. Now, the guidelines particularly apply to the new iPhone 11 lineup for display repairs.

In its official support page, Apple stressed that if the display on any of the iPhone 11, iPhone 11 Pro, or iPhone 11 Pro Max is repaired from non-Apple repair centre, a message will appear saying, "Unable to verify this iPhone has a genuine Apple display".