The server can host up to eight NVIDIA Tesla GPU accelerators, where every GPU pair includes one PCIe slot for high-speed interconnect. 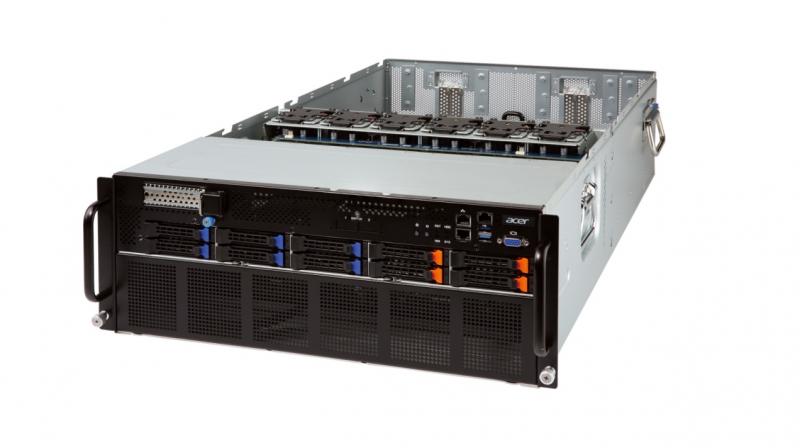 Designed for trusted data service delivery, the processors are fuelled by significant leaps in I/O, memory, storage and network technologies.

Acer has launched the new Altos R880 F4 GPU server, which was launched at the GTC Taiwan 2018. The company claims that it can host up to eight NVIDIA Tesla V100 32GB SXM2 GPU accelerators, where every GPU pair includes one PCIe slot for high-speed interconnect.