Technology   In Other news  19 Sep 2020  Tech This Week | With ARM in kitty, Nvidia most impressive firm you never heard of
Technology, In Other news

Tech This Week | With ARM in kitty, Nvidia most impressive firm you never heard of

This deal is going to serve as an important development in the chip war being waged between the US and China. 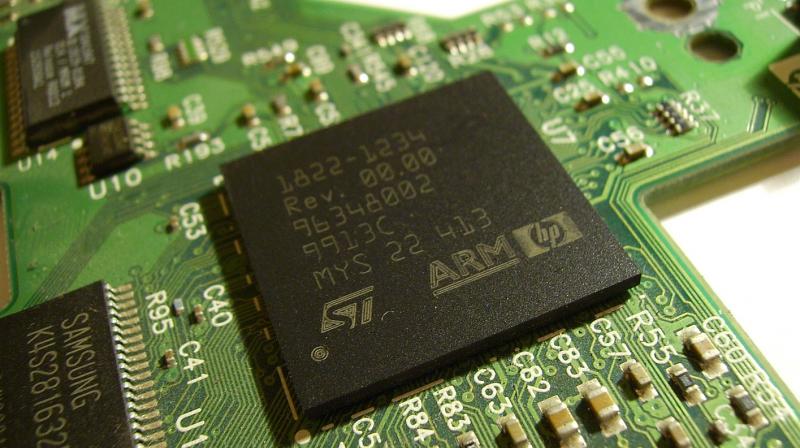 Listening to Pivot podcast earlier this week, I came across this quote from Professor Scott Galloway, “Nvidia is the most impressive company you have never heard of”. Up until last week, I would have argued that you could make a stronger case for this statement to be applied to ARM Holdings. But considering that Nvidia bought ARM Holdings from Softbank this week, Prof Galloway is right.

In case you do not track the semiconductor space, there is a chance that you are yet to hear about this deal. Or in case you have heard about this, you do not understand why it is important. I discussed in a previous column that while we have been looking elsewhere in the past few months, the US and China have been involved in a high tech geopolitical rivalry around the semiconductor space. The US has been placing sanctions on Chinese companies. The most high profile of which resulted in cutting off Huawei’s access to the world’s leading foundry, making it harder for the Chinese giant to procure chips.

China, on the other hand, has been actively trying to build domestic capacity to produce chips so that they do not have to rely on foreign inputs. The People’s Republic has also set up two multi-billion dollar funds that are being used as a war chest to make self-reliance a reality.

Semiconductors are the building blocks of modern technology and are going to continue to be crucial going forward as 5G and the internet of things (IoT) get more pervasive. However, manufacturing semiconductors is a complex process, and it involves a few stages, namely, procuring raw materials, designing the chip, producing the chip in foundries, packaging, and testing.

When it comes to the design stage, one of the most crucial parts is developing and licensing designs for chip architecture and processes. Licences can be liberal or stringent regarding the degree to which they can be modified and who they are sold to. For instance, Intel sells its designs to a few select vendors, such as AMD.

ARM Holdings falls on the liberal end of who they sell to and what they allow their customers to modify in their designs. ARM’s designs are also known to be more power-efficient compared to say, Intel, which makes them an excellent fit for devices such as smartphones and tablets. As a result, ARM designs are used by most device manufacturing brands, including Apple and Huawei.

According to an analysis by The Economist, ARM has a significant market share in network infrastructure, mobile computing processors, vehicles, and energy-efficient servers. In other words, ARM is omnipresent. There have been some problems on the ARM China front. This is a fascinating story I urge you to read up on in case you are looking for an exciting read this weekend. That tangent aside, this deal is going to serve as an important development in the chip war being waged between the US and China.

Currently, the US has been attacking China by exploiting pinch points. There are a few areas in the semiconductor manufacturing process that are dominated by monopolies/oligopolies. For instance, in the foundry (where chips are manufactured) landscape, the Taiwan Semiconductor Manufacturing Company (TSMC) is the market leader by a significant margin. The competition is thinning at the cutting edge. TSMC accounted for nearly half of the world’s contract chip-making market in 2019, with Samsung coming in second. Through recent sanctions, the US has cut off Huawei’s supply to the foundry, making it extremely hard to procure chips in the future.

Similarly, ASML Holdings, a company based in Veldhoven, Netherlands, is another monopoly. ASML specialises in machines that harness extreme ultraviolet light (EUV) to make etching possible. Machines produced at the cutting edge by ASML cost well over $100 million, making it a costly business to be in. Despite that, according to the Economist, ASML currently holds 62% of the market share and counts the world’s biggest chipmakers, TSMC, Samsung, and Intel as its customers.

Earlier this year, Reuters reported that the US has been pressurising ASML to not sell to Chinese customers. As of January 2020, the strategy seemed to have worked, but that can be subject to change depending on how the Dutch Government reacts.

Finally, ARM is one of the few remaining instances of market power in the semiconductor space. Nvidia’s acquisition of it is not just good for business, but also American strategy.

While the world has mostly been uninterested in the semiconductor space, Nvidia’s acquisition has given Washington another tool to tackle China with. In the weeks or months going forward, it should not come as a surprise if ARM is subject to similar sanctions that the US has been levying on TSMC and ASML. Nvidia buying ARM has kicked the chip wars up a notch.