The event is to be held at the NSIC Exhibition Grounds, New Delhi tickets for which start at Rs 499 and are available on BookMyShow. 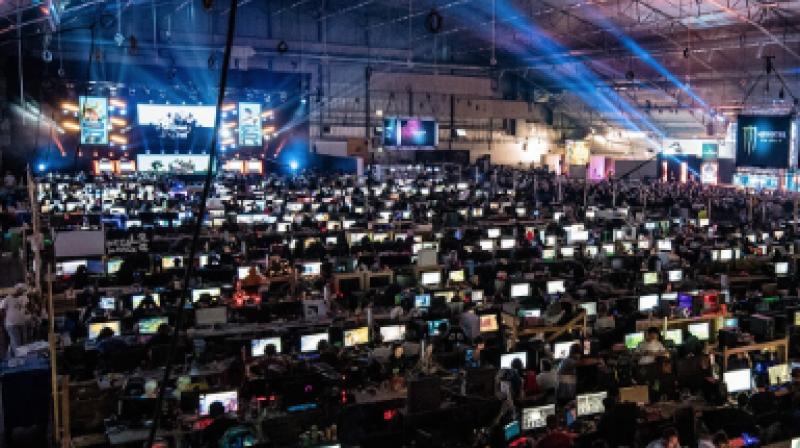 Picture from the last edition of DreamHack

NODWIN Gaming and Viacom18 have come together to bring DreamHack to Asia for the second edition from the 06-08 December. DreamHack is a celebration of gaming and technology that brings visitors together for 72 hours of BYOC/BYOD LAN parties, cosplays, esports, a merchandise zone and more. This year’s event is to be held at the NSIC Exhibition Grounds, New Delhi tickets for which start at Rs 499 and are available on BookMyShow .

The CS:GO Invitational Tournament has a pool prize of Rs 39 lacs. Six international and national teams will fly down to New Delhi to participate in the tournament. The contenders include South Africa’s Goliath Gaming, UAE’s YaLLa Esports, one of the oldest e-sports organisations pro100, Thailand’s Lucid Dream, India’s Orgless5ive and Ukrainian giant HellRaisers.

This year DreamHack Delhi will feature not only a BYOC (Bring Your Own Computer) but also a BYOD (Bring Your Own Device), where you can bring in your own mobile phones and consoles to play on for three days. You can connect your systems to the Local Area Network (LAN) to play and compete in BYOC/BYOD tournaments to win prizes every day. The BYOC LAN tournaments will have a total prize pool of Rs 3.6 Lacs and the BYOD tournaments will have a total pool prize of Rs 2.4 Lacs. BYOC/BYOD at DreamHack Delhi will hold a total capacity of 400 seats to be shared by Epic and Super Epic pass holders. BYOC/BYOD opens Friday, December 6 at 8 am and closes Monday, December 9 at 8 am.

What is the PAN Fest?  Simply put, it is a three-day PUBG Mobile Tournament for solo and squad participants with a total prize pool of Rs 3.75 lacs. To participate, players must purchase either a three day Visitors pass or any BYOC ticket. Registrations per match will be limited to 64 players / 16 teams and will be done on a first come, first serve basis. Further details are available on the DreamHack Delhi website.

The art of cosplay will be put on exhibition where participants will have a chance to win daily prizes of Rs 50,000 on each day. The competition is open for ALL AGES however, entrants under 16 must have an entry form signed by a parent or guardian with them on the day of the event. You can enter the competition alone or in a group. This year’s event will be judged by international cosplayers Cora Berry from Japan, Alycesca from Australia and Yamaki from South Africa.

Meet and Greet & Stand Up comedy

DreamHack Delhi will also feature meet and greet sessions with gamers and gaming influencers, personalities and cosplay judges. The top Indian stand-up comedians will also have their best sets ready for you at DreamHack Delhi 2019.