Here’s a line-up of some of the most anticipated games this year. 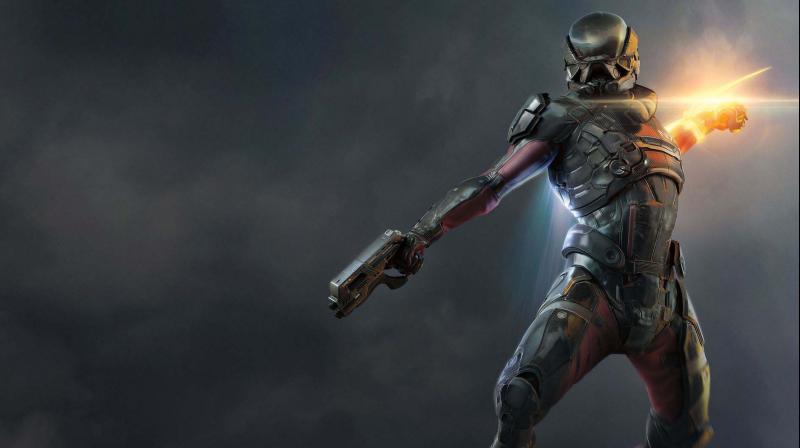 A smashing year ahead: Ubisoft’s Tom Clancy’s Ghost Recon: Wildlands, JRPG, Horizon: Zero Dawn are some of the games to look forward to this year.

With games like Doom, Uncharted 4, The Last Guardian, Xcom 2 and the works, 2016 proved to be a pretty good year for gaming. The best part about the turn of the year is that we have a whole new list of awesome titles to look forward to all over again, and next year’s line-up seems just as awesome as the year that went by.

First up in the list of most anticipated games of 2017 is Ubisoft’s Tom Clancy’s Ghost Recon: Wildlands. 2016 proved to be a mixed year for Ubisoft. A year in which they did release good games like The Division, they also released disappointments such as Watch Dogs 2 and Far Cry Primal. With Wildlands, I am hoping that Ubisoft manages to bring the stealth and visceral action-oriented gameplay that one has come to expect from Tom Clancy games.

Next up is the JRPG that PlayStation fans have been waiting for with bated breath for over eight years. With the previous two iterations of the Persona franchise having attained cult status, fans have been waiting for the franchise to make a triumphant return to the current generation of the console, so that they will be able to sink their teeth into the rich, detailed and amazing world of Persona 5. With its hand crafted dungeons, expansion of the social systems and extremely stylistic look, Persona 5 is shaping up to be even better than its beloved predecessors.

The third game to look out for on our list is another PlayStation exclusive, and that is Horizon: Zero Dawn. We have been excited for this ever since Sony’s 2015 E3 conference and have been waiting to experience the dystopian future that the developers of Zero Dawn have envisioned for us. Fighting robot dinosaurs is an exciting prospect that will feel fresh in 2017.

The fourth game is Rockstar’s ode to the wild west, Red Dead Redemption 2. With the massive hit that was the first Red Dead Redemption, Rockstar Games surprised us late last year with the teaser for the second coming of Red Dead. Neither the title, nor the actual release date have been finalised yet, however, if past trends are to be treated as markers, the game should be launched by October 2017.

The final game that rounds up our list is, of course, Mass Effect Andromeda. The original Mass Effect Trilogy was to games what the original Star Wars was to movies In other words, a commercial and critical success of the magnitude that defines a genre. Bioware has huge shoes to fill if it wants to live up to the original trilogy and I hope that the new series forges a brand new story, with brand new characters and doesn’t go down the Star Wars Prequel trilogy route.