Technology   In Other news  02 Sep 2019  Apple products could get costlier under new US tariffs on chinese goods
Technology, In Other news

The US has levied 15% tariffs on chinese goods, which is where Apple assembles its products. 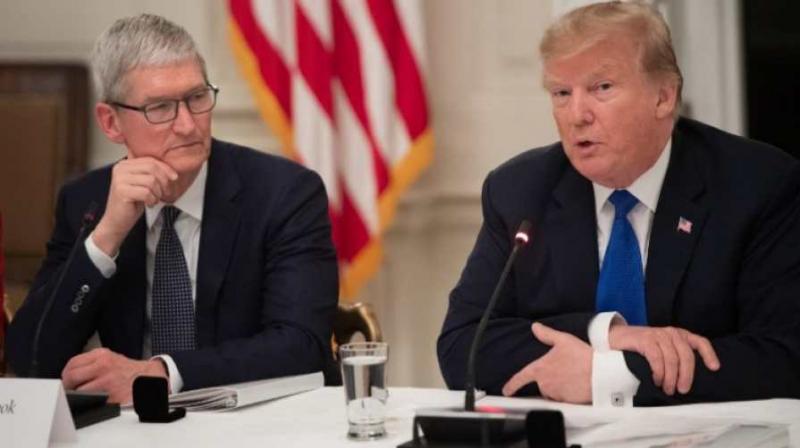 Apple, which assembles a huge number of its products in China in a partnership with the company FoxConn will suffer from the effect of the tariffs.(Photo: AFP)

A new entry into the United States governments’ Federal Register late last week, announced the levy of 15% tariffs on Chinese goods entering their country. This is yet another development in the ongoing trade war between the two countries, which has already seen tech companies like Huawei suffer due to the restrictions.

The newer set of tariffs will include products like TVs, speakers, digital cameras, lithium-ion batteries, and flash drives according to news portal TechCrunch.

.Should the tech-giant decide to levy the charges instead of absorbing them itself, the following products may see an increase in prices according to Bloomberg.

Meanwhile Apple’s iPhones will not suffer from a tariff increase however, with another set of them scheduled to be implemented by 15th of December the iPhone prices could rise by then.

Apple had reportedly been lobbying the Trump government in the US for a long time to not levy such tariffs. However, with these being implemented anyway it shall now have to compete with the unfair advantage available to South Korean manufacturer Samsung according to its CEO Tim Cook.