Skullcandy’s first true wireless earbuds could have been so much more but lack where it matters most — audio quality and battery life. 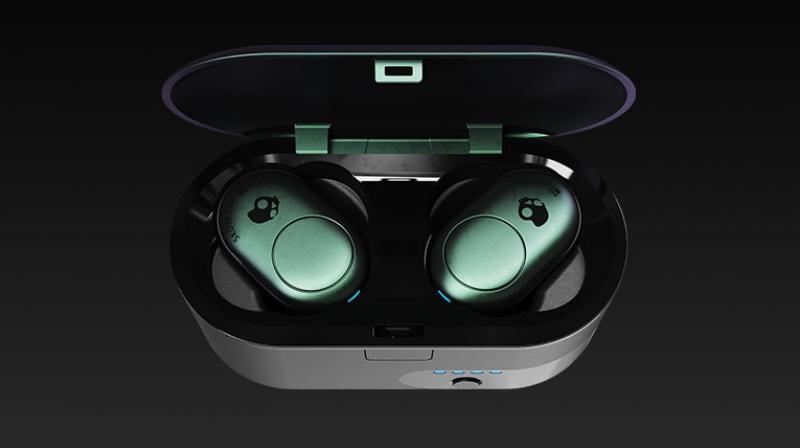 The Psychotropical Teal colour looks like the Northern Lights.
Rating:

A recent study by Counter Point Research estimates that the global market for true wireless earbuds will reach 129 million units by 2020. This is a major achievement for this nascent product category and most of it is stemmed from sales of Apple’s widely successful AirPods as it currently dominates a whopping 19 per cent of the current market. With Apple succeeding in this category, several other brands have borrowed from its initiative and launched similar products with alternative designs.

Skullcandy, a brand that doesn’t need an introduction when it comes to audio technology, has recently launched their first true wireless earbuds — Push. The Skullcandy Push packs a feature that’s synonymous with their audio products — heavy bass output.

At Rs 9,999, the Skullcandy Push isn’t a cheap alternative. We take a look at these earphones to see if they’re worth your hard earned cash. 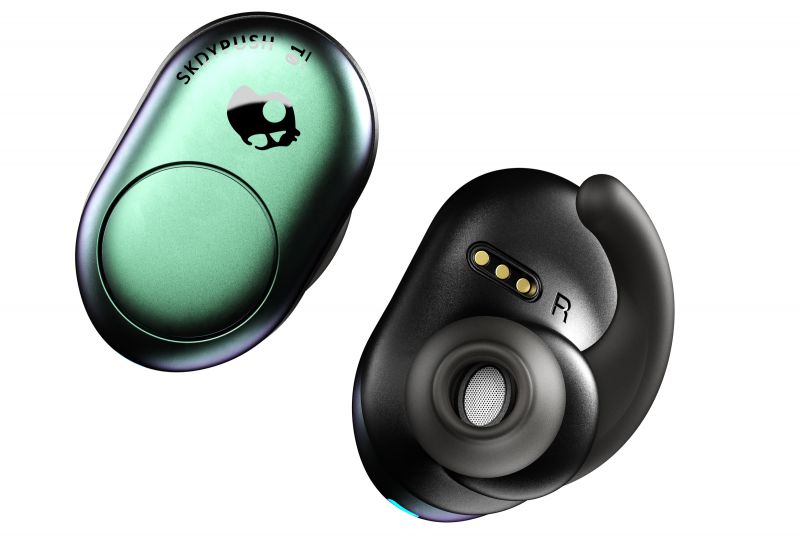 When it comes to designing headphones/earphones for the youth, Skullcandy makes no compromises and they launch products that strike the right chord with individuals looking for a funky, youthful and appealing design. This design philosophy has transferred on to their first true wireless earbuds and the colour itself will turn heads.

Dressed in a Psychotropical Teal finish, these buds remind us more of the Aurora Borealis or northern lights that are seen in some parts of the world. To say that the colours used here are appealing is an understatement. It is as bold as is cool and anyone wanting to show-off this teal gradient finish should opt for this colour variant as opposed to the Gray Day colour which has a more sober light grey finish.

While the colours look great, the plastic finish is a bit of below the usual, and sadly, makes it feel a lot cheaper than it actually is. The same plastic feels also extends to the charging case and I feel that if the case lid is used a bit aggressively, it could actually break off. Elaborating on the case, it is a lot larger than other true wireless options available in the market. So if you happen to be a fan of skinny jeans, you may find it rather difficult to skip these in and out of your pockets. Nevertheless, you would end up throwing them in your haversack as usual.

Even though the charging case is a lot larger than the competition, it still manages to hold a maximum of two charges — 6 hours for continuous usage from both earbuds and 6 hours more by way of the charging case; giving you a total of 12 hours. Another point of contention I had was with the LED battery indicators on the charging case. These lights are a little too bright and can be rather disturbing if placed on a bedside table at night whilst charging. This may not be an issue to some, but I definitely had to keep it downward facing in order to help me get a good night’s rest. 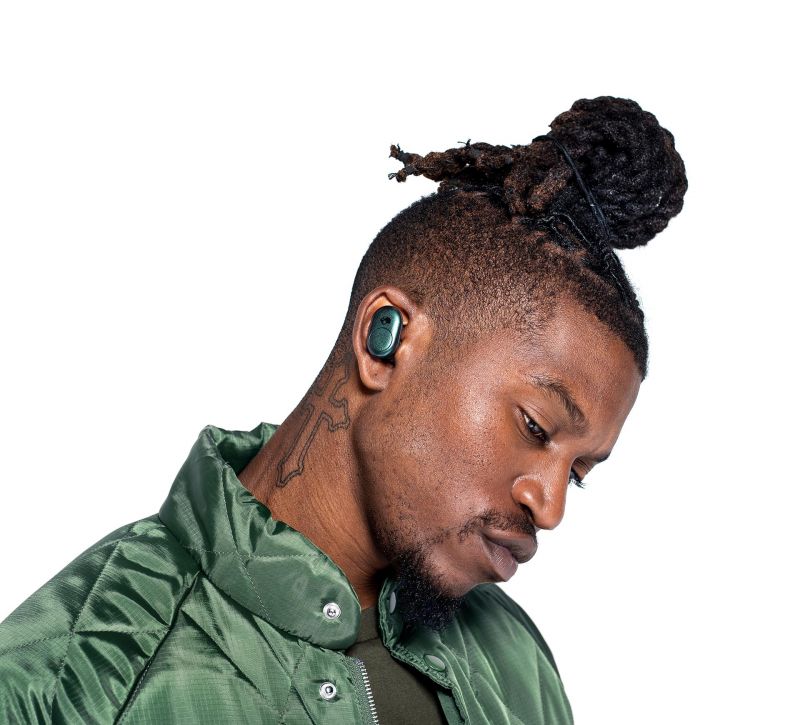 While the case may not be of the best quality, the great news here is that it comes with a USB Type-C charging port. This is unusual on true wireless devices and it's great that even though Skullcandy is late to the TWS game, they have added an important future-proof charging solution that supports fast charging. Also, with many smartphones now equipped with Type-C cable, accessing this connector shouldn't be a daunting task as it used to be before.

The Skullcandy Push earbuds are on the larger side; so, if you happen to have smaller ears, they could look slightly weird. While they do appear large, they are in fact very slim and sit well in the ear cavity. Also, the buds come with Skullcandy’s FinFit gels which allow you to move naturally without worrying about them falling off. 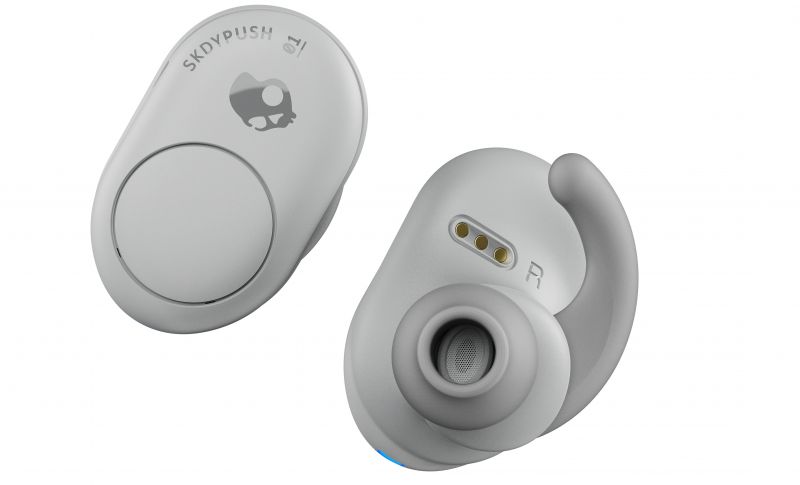 Some true wireless earbuds have made a name for themselves as they come with touch-sensitive controls. With the Push, no luck here; and it comes with a large physical button that can undertake all the basic tasks like accessing your voice assistant, answering/dropping calls, adjusting volume and a few more features. Skullcandy has not only made these buttons intuitive, but nice and tactile too. Physical controls are sometimes better since we have experienced that usually touch-sensitive controls registered wrong commands and take away from an overall smooth control experience.

Lastly, the earphones are said to be water resistant but it seems that there is no IP certification here. This means that though it can take a bit of splashes, they should be avoided in the rains or kept away during extra sweaty workout sessions. 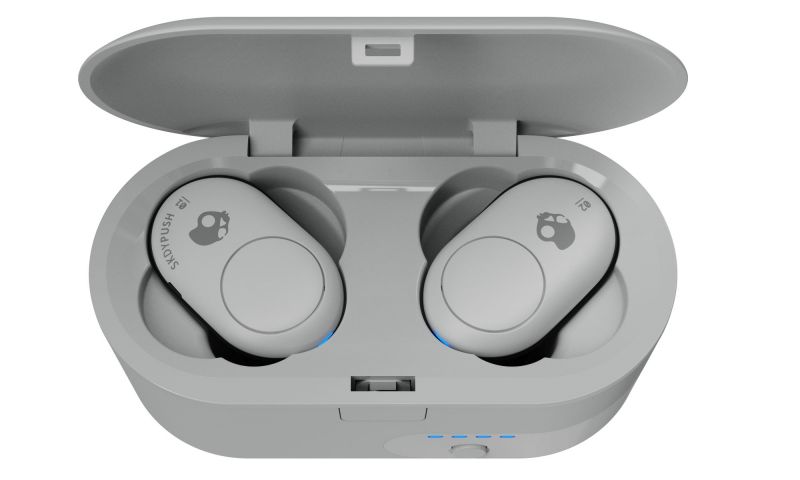 Skullcandy is known for adding their signature bass performance on most of their products. And with the Push, it's no different. With these earbuds, you get oodles of bass — in fact, the bass is so powerful and overwhelming that it tends to drown other frequencies. While we are all for good bass, the separation between the frequencies is equally essential.

Having a customed tuned earbuds for bass is well appreciated as it can help with the reduction of ambient noise; the Push’s bass is overpowering the vocals and even the highs leaving the audio quality a muddy mess. 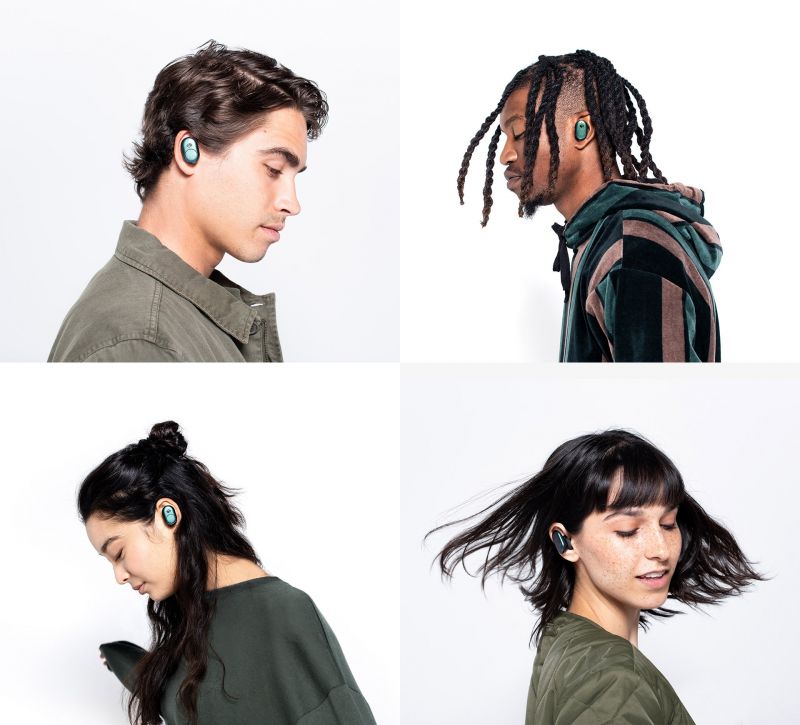 When it comes to the pure functionality, the Push takes longer than usual to sync with an iPhone (the XS Max in our case), which is about 4-5 seconds. The connection should be instantaneous and I feel that this is a miss on Skullcandy’s part. Also, during my use, I found that often the audio playback simply stopped automatically. I had to press the multi-function button again to resume the music. This was confusing and I have never witnessed any such issues on other wireless earbuds.

The battery life on the Push isn’t the best too. While its time with me, it managed to last about 5 hours with continuous playback at 60 per cent volume and not as advertised for 6 hours.

The case holds an additional six hours, so when not in use and in the case, the earbuds charge on the go and are ready with a full battery, all the time. 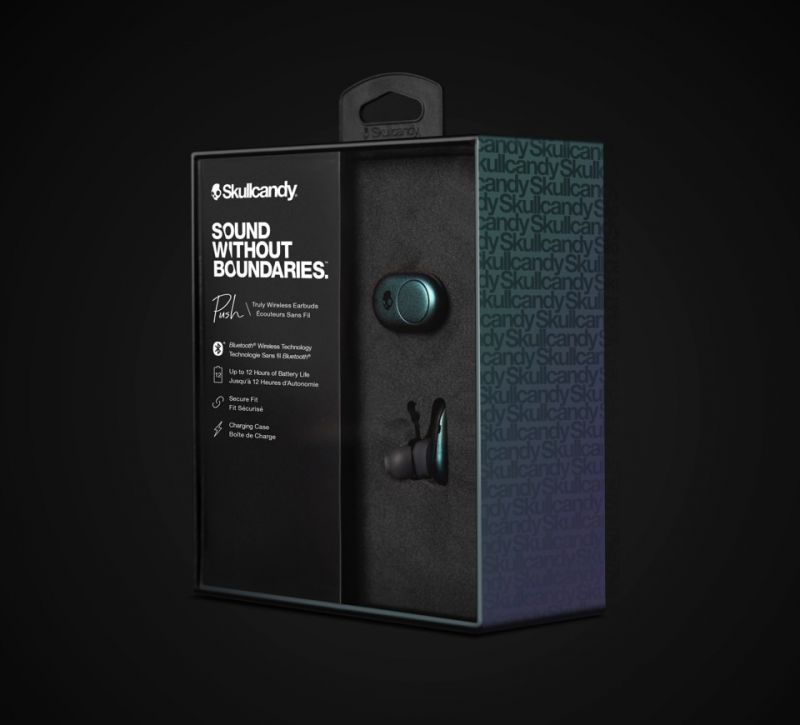 Priced at Rs 9,999, the Skullcandy Push true wireless earbuds are probably late in the game. The Push features a Type-C charging port which is one of the two bonuses that go for it — the second being the design.

Skullcandy's Push seems like a lazy attempt from the brand as it could have been so much more than it actually is with all-around audio performance and way better battery life.

With that being said, if you like your bass really heavy and want something that looks cool, then these earbuds should be worth your consideration. However, at Rs 9,999, we still find it a bit overpriced.