Zoook has started 2020 with a bang and its first product of the year will do well to raise the decibel levels of every party. 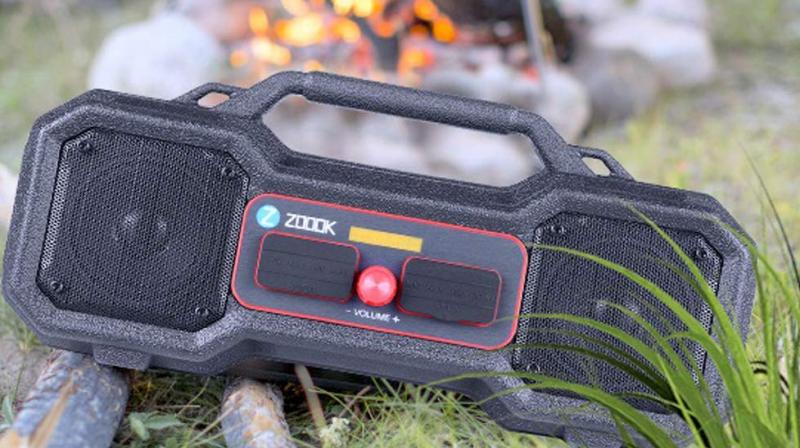 Zoook over the last few years have built on their brand image and launched a range of party speakers that are well-received across India. In fact, if you do a simple search for ‘party speakers’ on popular online retailers; five of the first eight will be from Zoook.

Zoook understands this category and knows exactly what the Indian consumer wants — a great sounding speaker that boasts an affordable price tag.

With this philosophy in mind, Zoook has recently launched the Rocker Thunder Stone party speaker that come with some impressive features such as 24W drivers with dynamic HD sound, the ability to pair with another speaker for a highly sought-after true wireless feature and last but definitely not the least — a rugged build that’s waterproof, shockproof, dustproof and snowproof.

Having spent a few days listening to this extremely portable solution, here are our unfiltered thoughts on the Zoook Rocker Thunder Stone.

Zoook has steadily built its name by offering speakers that are attuned to the youth of our country. They come with unapologetically contemporary designs that hark back in traces to speakers of yesteryears. This modern take on an old-school design is what has given Zoook an edge over its rivals who are continuing to struggle where this brand is seamlessly excelling.

The Zoook Rocker Thunder Stone follows in this design trend and although it looks modern, it also bears resemblance to the boombox speakers that dominated the markets in the 1980s and early 1990s where a cassette player would feature in the centre. Being 2020, Zoook naturally forfeited this feature and in its place, the centre features a bay that is flanked on the right side of a volume knob. To the left of the knob, you get the buttons for controlling tracks and switching between modes such as Bluetooth and FM for example. There is a tiny display which denotes what mode the speaker is on which is a nice touch. 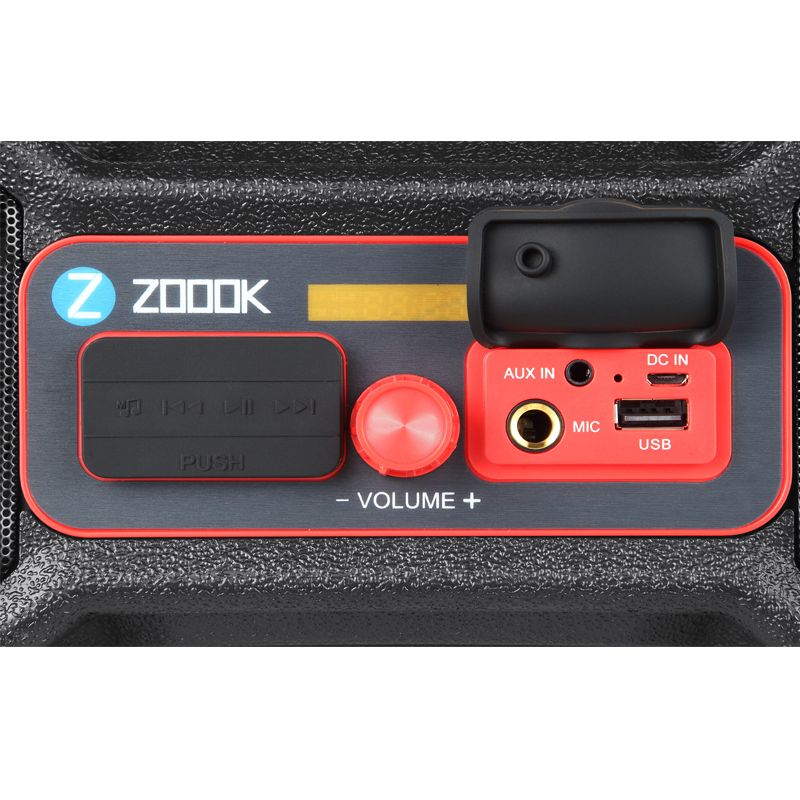 The connectivity options here are pretty impressive and you a full-sized USB port, a socket for the microphone, which also comes bundled with the speaker, an AUX-in and lastly a micro USB charging port. It’s great that Zoook has gone with a rubber flap here as it helps in concealing the ports from external elements when used outdoors such as water, sand, dust and the such. And, to round off the connectivity features, Zoook has added Bluetooth 5.0 here which makes it compatible with all the latest devices available in the market.

As far as the build quality of the speakers goes, it looks sturdy enough to withstand accidental drops from varying heights. This makes it a great option for the rough outdoors or even for that matter as a gift for your kids. While the entire outer casing of the Stone is made out of plastic, the brand has ensured that it’s light enough at just 848g to be carried around easily. While plastic dominates the materials used here, a nice touch is the metal grill that conceals the drivers. This adds a touch of premium class to a product that otherwise feels less than spectacular.

So, while we may not be fond of the extremely light and plasticky build, Zoook has made sure that it’s strong enough to last —and in the end, that’s the most important characteristic when purchasing any tech product. 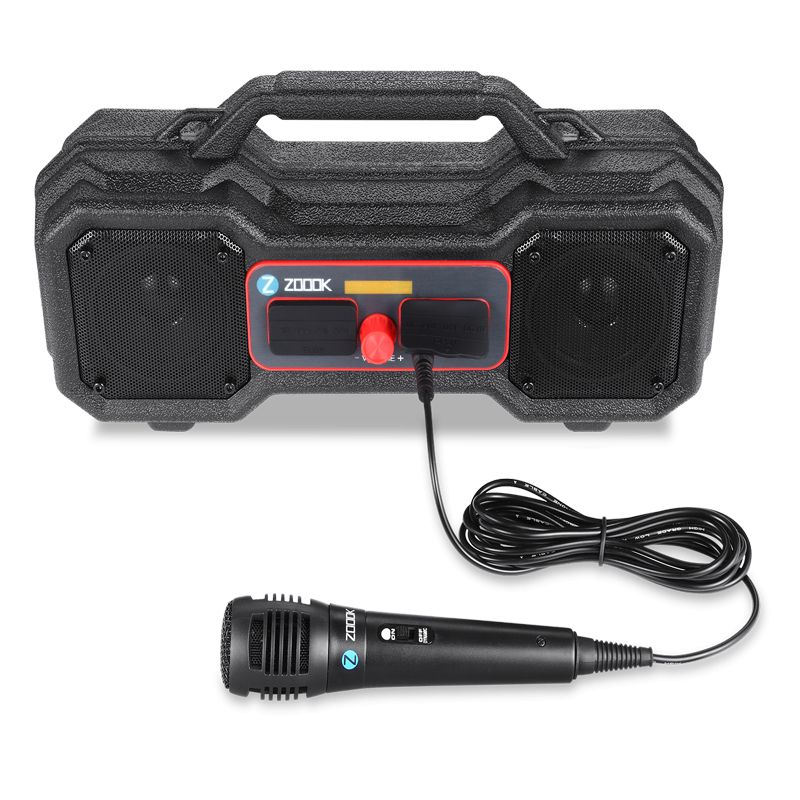 Another interesting point worth mentioning is that the handle of the Stone doesn’t protrude out much which makes the overall form-factor extremely compact.

The microphone that comes bundled with the speaker is made well too and this looks like it can last for fairly long as well. Salute to Zoook for bundling the microphone as a part of the accessories as it negates the need to buy an aftermarket option. Other products that come along with it are an AUX cable, a micro USB cable and an instruction manual. 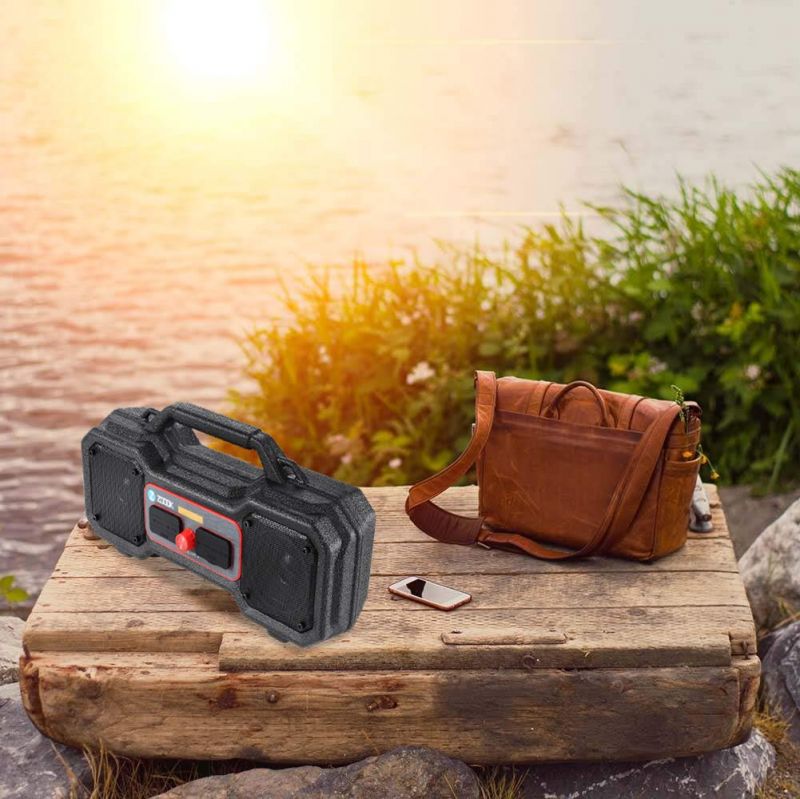 Priced just under Rs 2,500, the Zoook Rocker Thunder Stone packs quite a punch and this is mainly due to its dual drivers that feature bass radiators. When it comes to overall audio quality, there is very little that can be done in terms of tweaking as there isn’t any dedicated app that will enhance the outputted sound. However, while being paired with a variety of devices, both Android and iOS, we noticed that the sound can reach pretty high decibels without struggling at all.

While the audio output is great for most, this is not an audiophile-grade speaker and you will observe that at volumes north of 75 per cent, there will be some drop in quality with slight distortion being observed. For most casual listening, we feel that the performance of the Zoook option lives up to its billing and it will not leave you wanting.

Those who love their music with an extra hint of bass, you will be well satisfied as the thump is found even at lower volumes. The bass is not overly pronounced and that’s a good thing because sometimes it tends to drown out the other frequencies. Vocals heard here are well defined as well and you won’t find it lacking any sort of clarity.

Battery life on the Stone is another strong suit as Zoook has fitted four integrated Lithium-ion batteries rated at 2400mAh. This should be sufficient for most parties no matter the volume its played at. 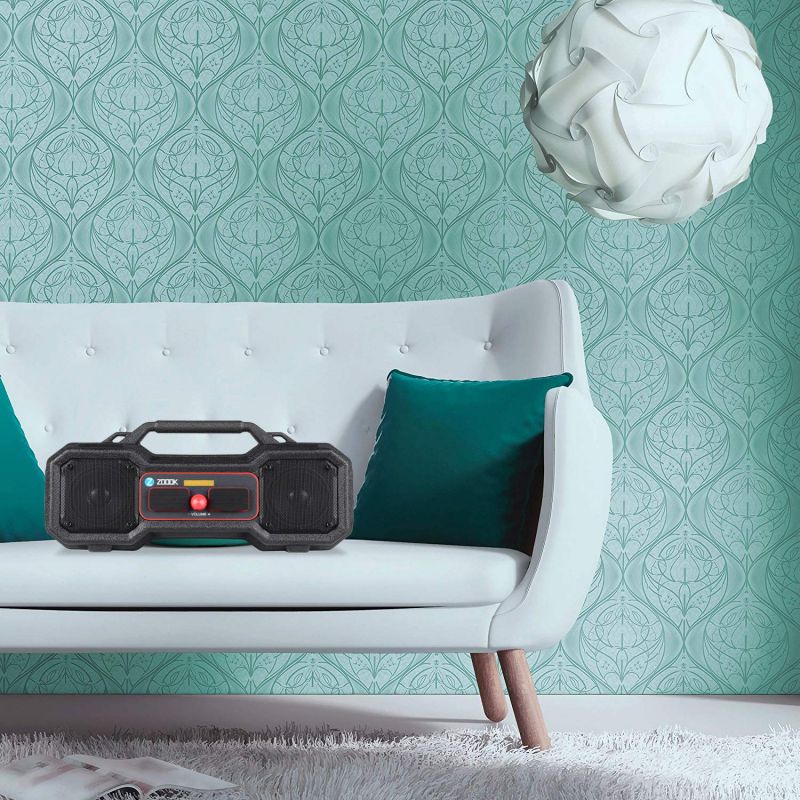 The Zoook Rocker Thunder Stone is priced in India at Rs 2,399 and at this price range, it is one of the best party speakers available. Sure, it does have its downsides such as slight distortion at higher volumes and the plasticky build; but these can be easily ignored as you get a lot more than what you actually pay for. If this option seems to steep for you, then fret not as Zoook has the Rocker Thunder Bird with a nearly identical design for just Rs 2,199. Either way, both options are really good and you surely will be left satisfied with this purchase.