Thomson TV India becomes the first in India to acquire the license and make the Android software in India. 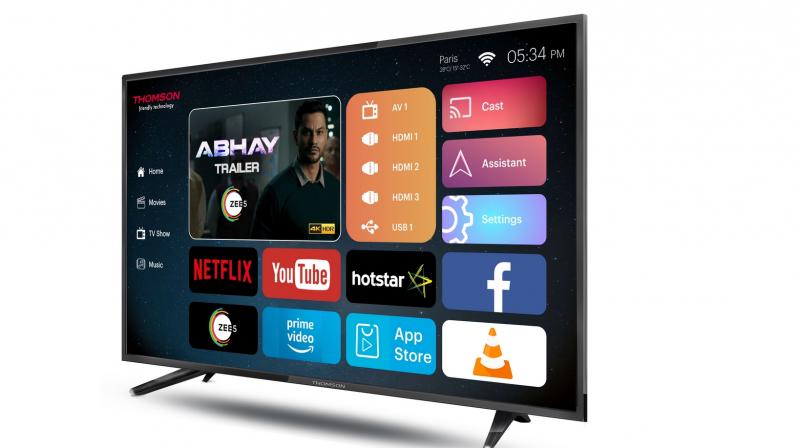 With this announcement, Thomson TV-India has set a target of selling half a million units by the year 2021.

Thomson TV will be the first television player in the country to make the official Android software for its TVs in India. The company has recently acquired its license from Google.

In May 2019, Thomson entered the premium TV’s segment by launching its range of Official Android TVs, first to be entirely made in India. Now, these will be supported by its Android software, which will be made in-house by the company. No other television player in India has ever acquired the license to make Google’s Android software for its TVs.

With this announcement, Thomson TV-India has set a target of selling half a million units by the year 2021.

Thomson entered India in 2018 and in less than a year the company became one of the most affordable television brands, without any compromise on quality. The company entered the premium TV segment with the launch of the first ever made in India Official Android TV range. Currently, Thomson’s TVs are one of the highest rated and is amongst the top 3 online selling TVs in the country.