Apple Watch to adapt to Solid State Buttons in the future

A report reveals future Apple Watches will feature new buttons that don't physically click but can still act as buttons with Taptic Engine. 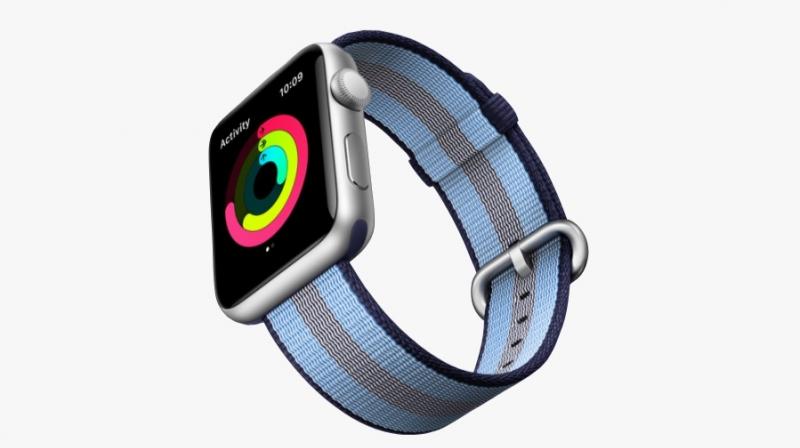 This is similar to what Apple did on its iPhone 7 and 7 Plus where it had completely ditched the physical button but instead replaced it with a Taptic Engine, which generates a physical click mimic with haptic feedback.

At WWDC 2018, Apple has introduced the new watchOS 5 for its Apple Watch line-up. The tech giant has also released a new watch face to celebrate Pride, which Apple Watch users can download from the Face Gallery in the Apple Watch app. In addition, Apple also introduced new summer band colours in Marine Green, Peach and Sky Blue.

Despite no new hardware launch at WWDC, a new report suggests that future Apple Watch will be updated with solid state buttons that don't physically click but can still act as buttons with Apple's own Taptic Engine mechanism that eventually gives a haptic feedback to users.

According to Fast Company report, Apple will continue to use the two configured buttons on the Apple Watch i.e it will still have Digital Crown and Side button, but neither will be a physical button.

This is similar to what Apple did on its iPhone 7 and 7 Plus where it had completely ditched the physical button but instead replaced it with a Taptic Engine, which generates a physical click mimic with haptic feedback.

Apple uses this same mechanism in its current MacBook and MacBook Pro line-up where all the physical click-enabled trackpads are replaced with Apple's Taptic Engine mechanism.

The report suggests that this Solid State Button will definitely improve the water-resistance on the watch and also takes up less space compared to the physical button. This additional space can further be used for a bigger battery or other essential components.

The report further reveals that Apple is working on using the top of these buttons to integrate sensors that can gather heart-related data like heart rhythms that require more than one contact point on the skin.

Lastly, the scrolling functionality of the Digital Crown will still remain the same for navigating through the Apple Watch's interface. The upcoming new Apple Watches might feature the new Taptic Engine mechanism, which will most likely be introduced in early 2019.