Technology   Gadgets  08 Aug 2017  Fitness tracker than can help you sweat while doing nothing
Technology, Gadgets

Fitness tracker than can help you sweat while doing nothing

A new fitness tracker measures one’s biometric levels, and stimulates sweat even when the user is not exerting them self. 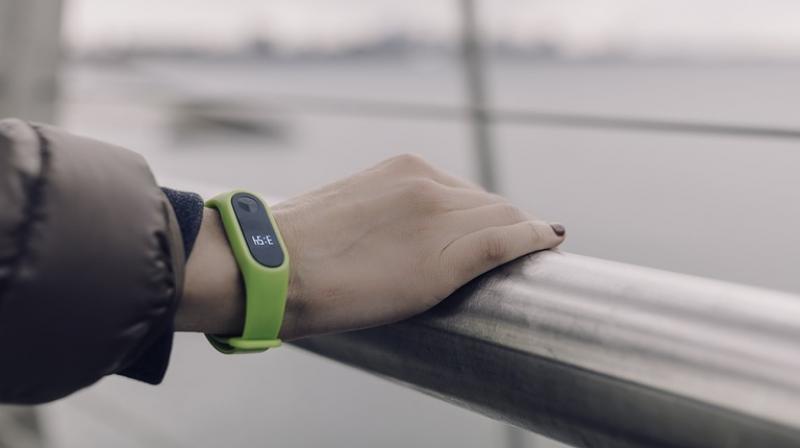 The band-aid sized device was created by UC professor Jason Heikenfeld and UC graduate student Zachary Sonner, and is able to produce a sweat response without heat or activity from the user. (Image: Representational image)

A team of researchers from University of Cincinnati have created a new fitness band that apart from measuring one’s biometric levels, also stimulates sweat despite of lack of physical exertion. In other words, the device is able to produce a sweat response with heat or activity from the user. Created by UC professor, Jason Heikenfeld and graduate student Zachary Sonner, this technology is still in its research stage and has a long way till it hits the mainstream market.

How is this possible?

“An electrical current of 0.2 milliamps drives a small amount of a substance called carbachol into the upper layer of the skin, and stimulates sweat glands. If that sounds unpleasant, we don’t think there’s too much to worry about,” TechRadar reports. “Carbachol is used in eye drops to treat glaucoma, and 0.2 milliamps would be physically imperceptible, so the user would likely feel nothing,” the report adds. While carrying this research out, the team measured the electrolyte content of the subject’s sweat, and subsequently concluded the data collected thereafter. They found that the combination of chemical and electrical stimulation was successful at producing sweat for five hours during the test. In fact, Heikenfeld claimed that in a subsequent study, carbachol was able to produce sweat for several days.

This technique has been published in The Royal Society of Chemistry’s journal Lab on a Chip.