US Open: Sumit Nagal goes down against Roger Federer after clinching first set

Roger Federer bounced back from a shaky start to keep a perfect record. 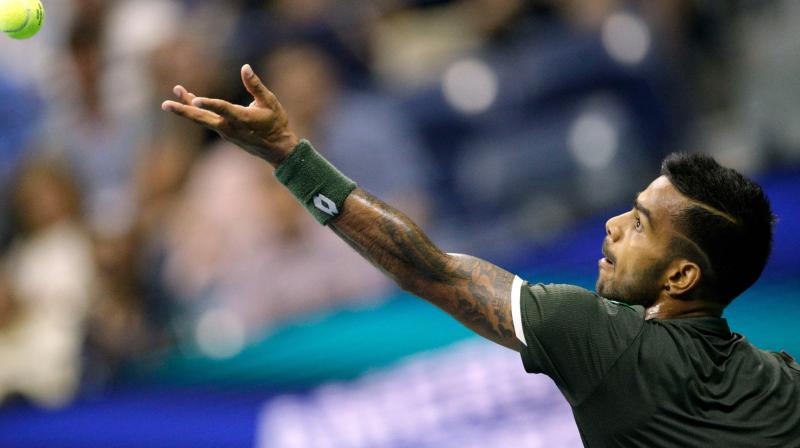 Federer bounced back from a shaky start to keep a perfect record.

Also Read: Sumit Nagal goes past Federer in the first set at US Open

4-6, 6-1, 6-2, 6-4@rogerfederer gets his 40th win of the year after rallying to defeat spirited qualifier Sumit Nagal!#USOpen pic.twitter.com/3LBjNp0hrn

There were plenty of jokes in Flushing Meadows about Federer facing an opponent whose name sounded so close to longtime rival Rafael Nadal's, but Federer wasn't laughing when the 190th-ranked qualifier from India took the first set.

But Federer soon took control to avoid losing in the first round of a Grand Slam for the first time since the 2003 French Open.