At this point, all the work is done. Athletes are just fine-tuning. Now it's like, 'Oh ... we're not competing': Phelps 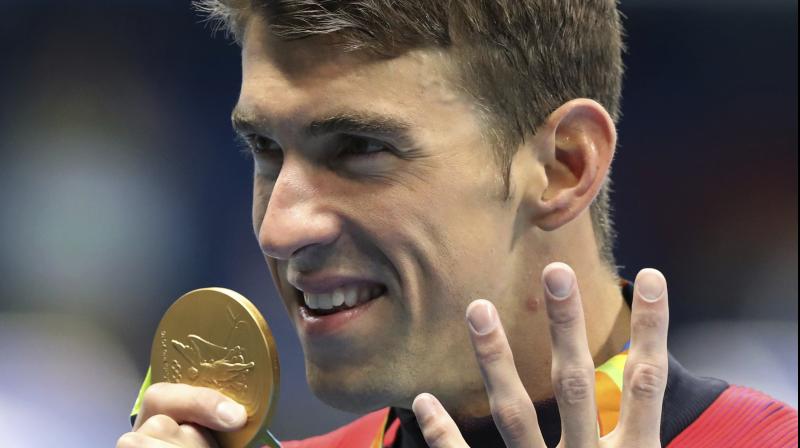 Washington: Michael Phelps has been open about his mental health struggles, even as he became the most decorated athlete in Olympic history.

Now, with the Tokyo Games on hold because of the coronavirus, the retired swimming great worries that some athletes may have trouble coping with this unprecedented postponement.

"It's a total bamboozle,'' Phelps told The Associated Press on Tuesday. "There's such a wave of emotions. I can't imagine what these athletes are going through right now.''

In a telephone interview from his Arizona home, where he is largely hunkered down like so many others around the globe, Phelps gave reluctant praise to the International Olympic Committee for putting off the games until 2021 while the world deals with the pandemic.

"Honestly, my first thought was I was relieved,'' he said. "Now, there's more of a chance that we can beat this thing and do what we need to do to save as many lives as possible. I was happy to see them logically making a smart decision. It's just frustrating it took this long.''

With the anticipated Olympic postponement now official, Phelps turned his attention to the world-class athletes who must deal with another jarring change to their preparations, even as they were still processing the cutbacks in training and lack of human contact stemming from worldwide efforts to curtail the virus.

He knows this is a challenging time for those who had their sights on the Olympics. "As athletes, we're so regimented," Phelps said. "At this point, all the work is done. We're just fine-tuning the small things to get to this point. Now it's like, 'Oh ... we're not competing.' All these emotions start flaring up. I really think mental health is so important right now.''

Phelps said he will gladly offer counseling and a shoulder to lean on to any athlete who is struggling over these next weeks and months.

"`Some guys have already reached out, asking questions about what they can do,'' he said. "Anything I can do to support my friends and others who want to try to accomplish their goals and dreams, I'll do it. This is such a big time for mental health."

He plans to be at the Olympics. But, like everyone else, his plans are on hold.