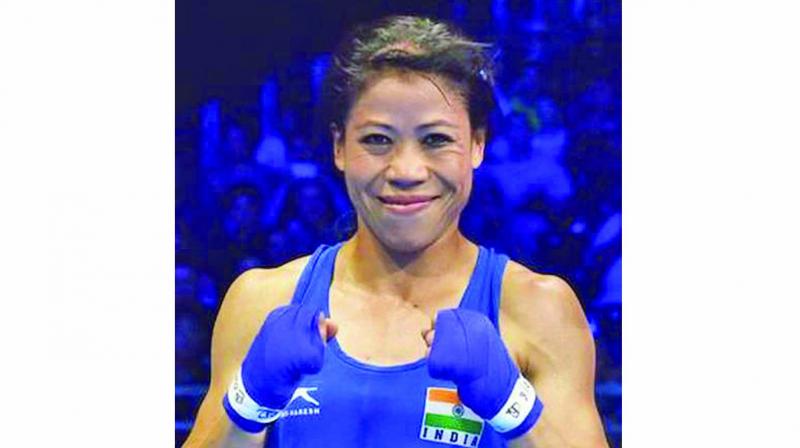 Sport, for many years now, has been perceived as a masculine arena. But like everything else in the the world and our country in particular, that is changing now.

Hima Das is officially India’s run-machine now. Her exemplary appetite to win gold medals for India sets her a class apart from most other athletes in the country. This is why Hima Das is so special and to make things even better she is only 19 years old.

India must celebrate and applaud the likes of Hima Das and Swapna Barman (women’s heptathlon, gold)  brought laurels to the country despite abject poverty.

Doing the nation proud is P.V. Sindhu who became the first Indian to win the World Championships gold in badminton by beating Nozomi Okuhara of Japan. The
Olympic silver medalist won in a power play of 21-7 21-7 in the final that lasted just 38 minutes this August 25, 2019, in Basel, Switzerland.

Unfortunately what we see is a bit of a cold indifference to their achievements.

The sports pages are still dominated by male sports figures, big endorsements and funding still goes to the male sports persons, and the crowds only turn up when the boys in blue come to bat.

It seems gender biased attitudes are yet to change in the sporting arena, even if Bollywood has faithfully mirrored that change with films like Chak De India, Mary Kom and the superbly-crafted Dangal.

The truth is what we get to see in these films is quite a glossy picture and the real struggles of sports women, across the globe but in India more that ever, is a much darker and grittier image.

Forget about knowing their names, do we even know when the women’s cricket team play a match? Why don’t the  women’s team have an IPL to their name?
Instead of dealing with these pertinent issues, society tries to publicly shame these aspiring athletes.

We remember the Caster Semenya incident where she was rebuked publically and her gender was questioned when she won several awards.

The Indian equivalent of that which comes to mind was the humiliation meted out to Dutee Chand, who was to be the first Indian woman in 36 years to run a 100m at the Rio Olympics.

Last summer, acting on an anonymous tip, sporting authorities duped her into getting tested for hyperandrogenism, wherein a woman’s body produces more testosterone than is acceptable under the International Association of Athletics Federations (IAAF) guidelines.

Not only was she banned from competing against other women in the Commonwealth Games, the world was suddenly questioning her gender identity. These sporting laws are clearly bent in the wrong direction to keep women off the playing field. Have we ever heard of a male athlete being tested to see if he has an unusual level of testosterone in his system? It’s just assumed that he might and rightly so because he is ‘male’.

There is also the biases that exist in the dressing rooms where male coaches take it upon themselves to sexually harrass female sports persons and when they play favourites, depending on who responds to their ‘charms’.

Male fans take it upon themselves to perpetuate this mania by objectifying women on the playing field or court in manners that are just beyond unsavoury.

Let’s also talk about the constant pressure to beautify and make “sexy” stars like Venus and Serena Williams. It’s not enough that they can give a belting to any player on the court, they have to appear on the red carpet in shimmering gowns to please their male fans so that the men are not alienated by these rather muscular looking women!

Jwala Gutta, an international badminton player and 14-time winner of the National Badminton Championships, has spoken about being stuck at this juncture of “looks vs sport” on several public platforms, where she states that her professional success has often been based on the “way she looks” on and off the field. In an irony of sorts, sportswomen like Jwala have been accused of being “too conscious about fashion and not concentrating on her game”.

How come there’s never any pressure on male athletes to behave in the same way? We just prefer them all sweaty and in gym clothes all the time, right? (Virat Kohli is perhaps the only exception).

The prize money given to women is so much lesser than their male counterparts that some of them have to take up additional work and this really does effect their concentration on the game. Men just get paid more and sometimes for just being really mediocre on the field.

“Oh he got a bronze, amazing! Let’s pay him more than the woman bringing home the gold medal! “

The figures I am talking about goes into millions of dollars on a global level. Isn’t it high time that women were rewarded with equal money and equal opportunity for their stunning performances?

What I am getting at is pretty obvious I think. Women have to play on the field despite all the biases and lack of support on and off the field. Men don’t. So my question is, when are we going to make it a level playing field?