Would like in my heart of hearts to play a full schedule next year: Tiger Woods

Tiger Woods was back, he had hit the ball with explosive power and caressed it with artful ease. 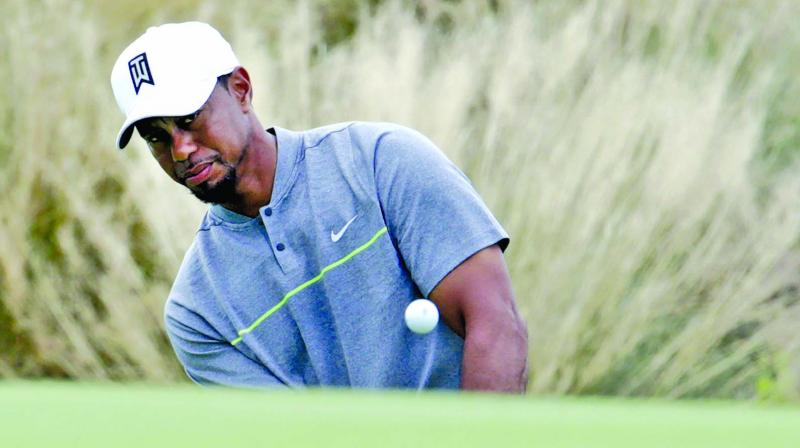 Tiger Woods kept his date with the fairways and greens at the Albany golf clourse in the Bahamas earlier this month after two earlier pullouts. It ended a near 16-month exile from professional golf caused by back and nerve problems that at times left the 14-time major winner whether he would ever take up a club again in competition.

But there he was in sunny Nassau, whacking away with the best of them. Once he was the gold standard. Now, Woods is a 41-year-old making his way back. But the excitement he generates is still electric, and the worlds media descended on the Bahamas to make sure that this was going to be the real deal.

And when it was done, four competitive days later, Tiger Woods had not only hit the most birdies in the 17-man tournament, he had also chalked up the most double-bogeys to finish way down the field.

Not that it mattered. Tiger Woods was back, he had hit the ball with explosive power and caressed it with artful ease. Most of all, he was still healthy, and ready to go. As was evident in his chat with gathered journalists after four full days on the course.

On the mistakes being rust, or adrenaline: Both, it’s both. I made some poor decisions, missed the ball in some wrong spots, and quite frankly, you know, it feels a little weird not to play in a cart. So it’s a little different and I’m getting used to that, getting my legs back, getting my body back. These are all things that I’ve missed for about a year and a half.

On leading the field in birdies made: Also, I’m the eldest player, too. As I said, I made some birdies this week, which is nice. I was playing aggressive. This golf course allows one to be aggressive, but also I made some bad mistakes. Today I had two 7s. You can’t make two 7s. And 18, another double there. Three doubles just adds up to a pretty high number. On the flip side is that I was able to be aggressive and made some birdies, made some putts and just need to balance it out.

On what he now feels will mean success: Well, this part of it, getting back to this point is beyond anything that I’ve ever experienced in my lifetime. The pain issues that I had, it was rough. To battle back, to battle through it, to have the friends I’ve had who have supported me, helped me through it. Quite frankly there were some pretty dire times where I just couldn’t move. I don’t know if anyone’s ever had back issues like that where you just lay there and you just can’t move.

On the big picture after 72 competitive holes: Big picture? It feels good. It feels good to be back out here playing again, competing and trying to beat these, the best players in the world. I missed it. I love it. I’ve done it, I think this is — I’m entering my 21st season I believe, somewhere around there, 20, 21. I’ve been doing it for a very long time and this stretch where I’ve been off for almost a year and a half has been rough and the last few years have been rough. I’ve had some very, very difficult times and have some great friends that have helped me over the times to get me to this point.

On his upcoming schedule: I’ll consider a lot of things, but I would like in my heart of hearts to play a full schedule next year. I really want to play. I hope for the next year I can start playing more events. The good thing is that because I have been away for so long, that everything I do here, I just keep accruing points. Nothing’s falling off. So if I play halfway decent, I’ll keep climbing quickly, and if I happen to have a couple wins in there, I’ll jump really fast.

On the positives of the week: I think that how well I got into the competitive flow of the rounds. That was something I was really worried about because I’ve come back of layoffs before and it’s taken me four, five, six holes before I felt comfortable. Here, last couple days it was on the first hole; the first day it was on the second hole. That’s nice. That’s how it should be. As I said, I’m going to take two weeks off here, get my weight back up, get everything organised, then start the process of testing, training and getting a feel of what is best for me. I know that it was nice to — it was nice to have my speed back, get some shots out there again and hit some balls out there with some aggression again and not have to worry about anything. That part felt good, too.

On trying to get to Augusta Masters: I need to play more tournaments. Zero in 15 months is not a lot. So this is one. And as I said, I thought I made some good, positive things happen this week. Made a lot of birdies, also made a lot of mistakes. Those, most of those mistakes I can clean up. I know they’re silly mistakes. Missed the ball on the wrong side, let the wind take it. You know, just not being committed on a couple shots. Just things that I don’t normally do that I did. That’s something I know I can clean up.