The event is being organised under the aegis of the Badminton Association of India. 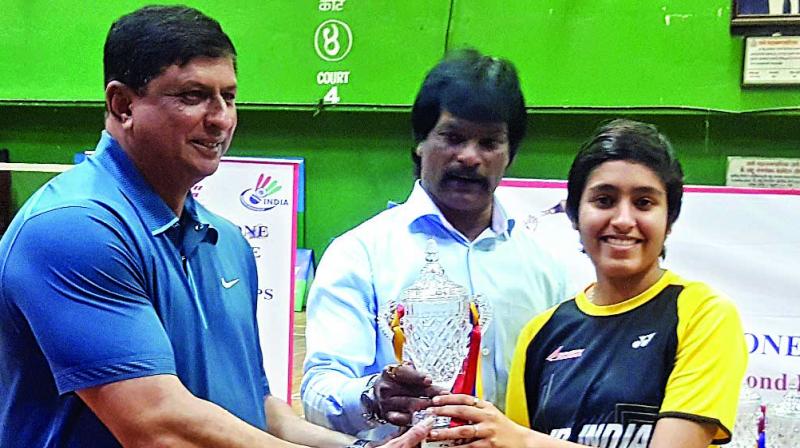 Shubhankar Dey of Indian Railways and Shikha Gatam of Air India clinched the men’s and women’s singles crowns respectively in the AISPB, conducted Central Zone Inter-State Badminton tournament, played at the Dadoji Konddev Stadium, Thane, on Thursday. The event is being organised under the aegis of the Badminton Association of India.

In the men’s final, the fourth seed Dey showed strong fighting qualities and plenty of determination as he recovered after dropping the first game to second seed Mithun Manjunath of AISPB. He went on to win the next two games to snatch a deserving 18-21, 21-18, 21-8 victory to emerge champion.

Earlier, third seed Shikha Gatam playing against her compatriot and top seed Reshma Kartik enjoyed total domination and called the shots from the start to script a 21-15, 21-11 win and bag the top honours.