Matthew started his career with Swindon Town before joining Southampton in 2003. 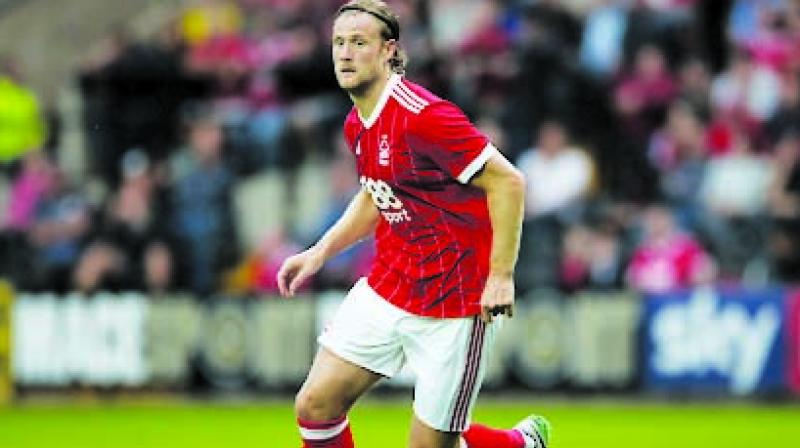 Indian Super League (ISL) club FC Pune City has signed teh English centre back Matthew Mills to strengthen their defence for the 2018-19 season.

After securing Matthew’s signature, FC Pune City CEO Gaurav Modwel said, “Matthew comes with a lot of experience, having played so many seasons in England. That’s a big boost for our existing team and especially for young players in the team. His presence at the back should make an impact and add to our strength.”

Matthew started his career with Swindon Town before joining Southampton in 2003. He also then went on to play for Coventry City and Bournemouth. In 2006, he signed a contract with Manchester City and made his debut against Chelsea in March 2006.

In 2008, Mills joined Doncaster Rover making 41 appearances in his first full season of 2008-09 and later moved to Reading Football Club leading the team in the 2011 Championship play-off. Matthew then went to Leicester City followed by a move to Bolton Wanderers making 87 appearances before moving to Nottingham Forest. Mills also represented England U-19 and helped the team to qualify for the European U-19 Championship in March 2005.

Head coach Miguel Angel Portugal said, “Matthew is a player of great calibre and with his experience adds lot of value to our defence line. He will bring a lot of leadership in our backline and gives options to the team since it’s going to be a long season this time around.”

Excited after joining the club Matthew said, “As a footballer, it becomes important to join a club that has a vision and is professional. And that’s exactly what came across while I was discussing my role with the FC Pune City. The club’s ambition to reach new heights maintaining a healthy balance between young and experienced players is a refreshing and exciting prospect.”