Juventus' Sami Khedira out for three months after knee surgery

The 2014 World Cup winner had surgery in his native Germany. 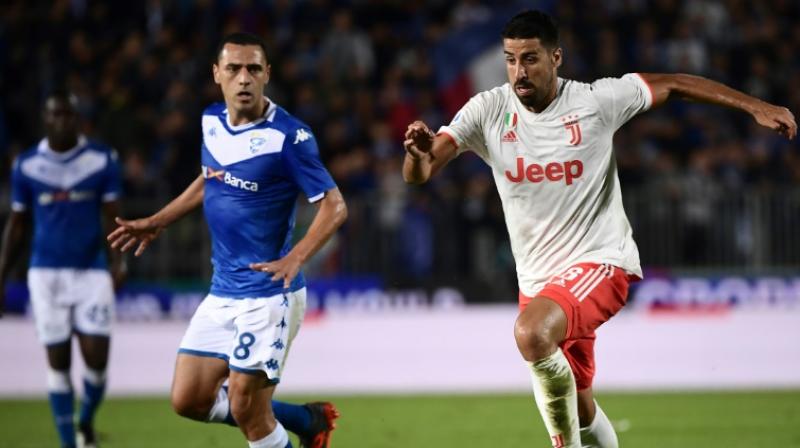 Juventus midfielder Sami Khedira has been ruled out for three months after undergoing knee surgery, the Italian champions said on Wednesday. (Photo:AFP)

Juventus midfielder Sami Khedira has been ruled out for three months after undergoing knee surgery, the Italian champions said on Wednesday.

The 2014 World Cup winner had surgery in his native Germany.

"The operation was perfectly successful and the player will be able to start rehabilitation immediately," Juventus said in a statement.

"The expected recovery time is around three months."

The 32-year-old has played a key role in Maurizio Sarri's team this season.

He has featured in 13 of Juventus's 14 league games, only missing last weekend's 2-2 draw against Sassuolo where the Turin giants lost their first points at home this season to slip to second behind Inter Milan.

The former Real Madrid and Stuttgart player joined Juventus in 2015 and has won four Serie A titles and three Coppa Italia trophies.