What is it that good leaders do that’s different from the bad ones? Steve Smith’s recent tackling his team’s shortcomings tells us just what. 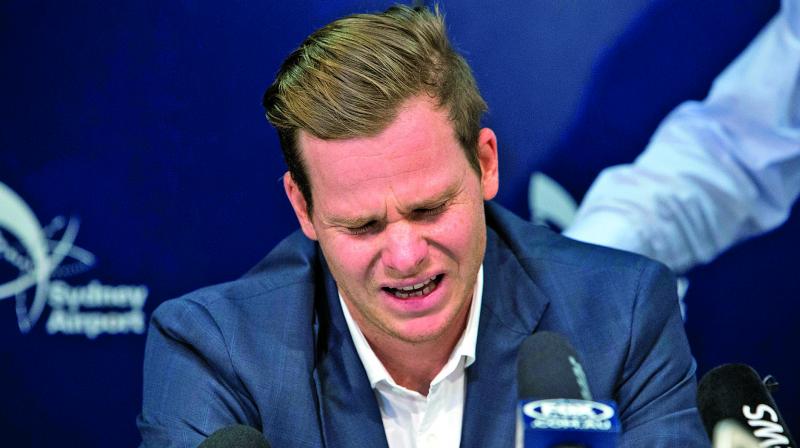 Steve Smith broke down when addressing the press

As disgraced cricketer Steve Smith made his way back to Australia, after being banned for 12 months by Cricket Australia, he addressed the media on his arrival. And while cricket fans across the world berated him for his involvement in the ball-tampering incident, he managed to find some redemption after he was praised for his leadership skills.

On being asked about the involvement of two other Aussie cricketers David Warner and Cameron Bancroft, Steve, the captain of the team at that time, took the blame all on himself, and called it a “failure of my leadership. He added, “It was on my watch, and I take responsibility.”

And that, say life coaches, is a hallmark of a true leader. Life coach Khyati Birla explains, “In his book Good to Great, Jim Collins wrote about what makes on a great leader. He described a level five leader as someone who takes full responsibility of a team’s shortcomings, and gives them credit when things go right. And whatever may be the case, Steve has managed to do that. I appreciate him for that. Steve is going to earn a lot of respect from his team members, and he’s going to go a long way to repair his reputation, and redeeming his image in the eyes of the media and everyone in the world of cricket.”

Chetna Mehrotra, a life coach, agrees that Steve has the signs of being a good leader, by facing the heat like he did. “When you make a mistake, you expect to be understood and seek another chance at setting things right. And when you have a good leader, you have a great chance of being shielded and not be thrown to the wolves.”

Often times you find leaders or bosses in a professional set up taking a rap on the knuckles for his team being unable to deliver. But Khyati believes that with good leaders, these situations rarely — if ever — arise.  “A strong leader is someone who knows the potential of his team members. He or she has a high sensory accuracy about the team’s strengths or weaknesses. They then work accordingly,” she says.

Chetna chimes in, asserting that should a situation where a leader getting the stick for a team mate’s goof up come up, it needs to be dealt with caution, and not in front of everyone. “The leader must go to the root of the problem and then seek on working on the solution. Communication is of utmost importance here. This helps in comforting the unit, and gearing them up for challenges ahead, without discouraging him,” she explains.

However, Khyati also warns against falling into the trap of assuming that just because your boss or leader is friendly to you, he’s your friend. “It’s the team member’s responsibility to understand that a boss is a boss, no matter how friendly he is. In a professional situation, you need to understand that your superior needs to take a final call, and handle the situation like you can’t. He may be friendly, but also in charge. Don’t mistake friendliness to being a friend,” she concludes.