Two of India’s bowlers stood out amongst the barrage of insane spins and yorkers- Jasprit Bumrah and Mohammad Shami. 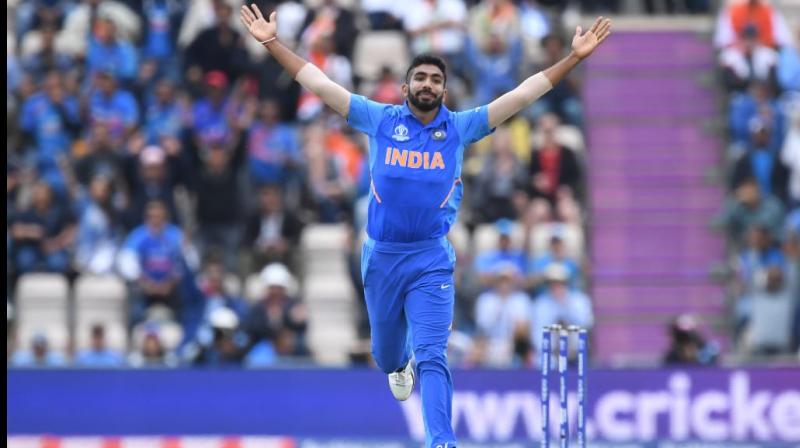 Mumbai:  As unbeaten India’s batsmen crumbled to Afghanistan’s bowling in a shocker of an innings, a total of 224 runs was all India could manage against Naib’s men.

The combined might of Rohit Sharma, Rahul, Jadhav, Dhoni and international ODI number one batsman Kohli, could not face the bump in form that a desperate Afghan team had come with.

With a low total, all hopes of India maintaining their unbeaten tag was in the hands of the team’s bowlers. The next 50 overs, probably one of the most entertaining and edge-of-the-seat innings of the tournament so far, saw Indian bowlers take on the Afghan batsmen with full force right from the beginning.

Two of India’s bowlers stood out amongst the barrage of insane spins and yorkers- Jasprit Bumrah and Mohammad Shami. While the latter literally put an end to the match with four wickets at the expense of just 40 runs, it was Jasprit Bumrah who walked away with the Man of the Match title, with a modest figure of just 2/39.

However the statistics did not reveal Bumrah’s Maiden over with two wickets (Rahmat Shah and Hashmatullah Shahidi) half-way through the innings which had cut off Afghanistan’s growing attack and command.

When the international ODI number one bowler came on again for the 49th over, a tactic carefully planned by skipper Virat Kohli, he bowled 5 accurate yorkers, which increased the pressure on the team. The figures required for Afghanistan had come from 21 off 12 balls, to 16 in 6 balls. This created the intense pressure that Shami used to crumble Afghanistan’s last three batsmen.

The match was a 50-50 all the way till the end, until first-time world cup player Mohammad Shami dispatched Mohammad Nabi, and the next two batsmen, in a hat-trick in the last over, with India winning by a margin of just 11 runs.

Rightly justifying his tag as the number one international bowler, Bumrah cut off Afghanistan’s attacks at critical points in the match, eventually leading to their defeat.

“It’s simple. We wanted to use him smartly when the conditions allow,” said skipper Virat Kohli after the match. No wonder the skipper spoke of the bowler like he’s the best weapon in the Indian bowling arsenal, who can only be used 10 times, reserved for the most crucial points in the game.