Sri Lanka and New Zealand are ahead of The Ashes rivals with 60 points each after their two-match series ended in a 1-1 draw last month. 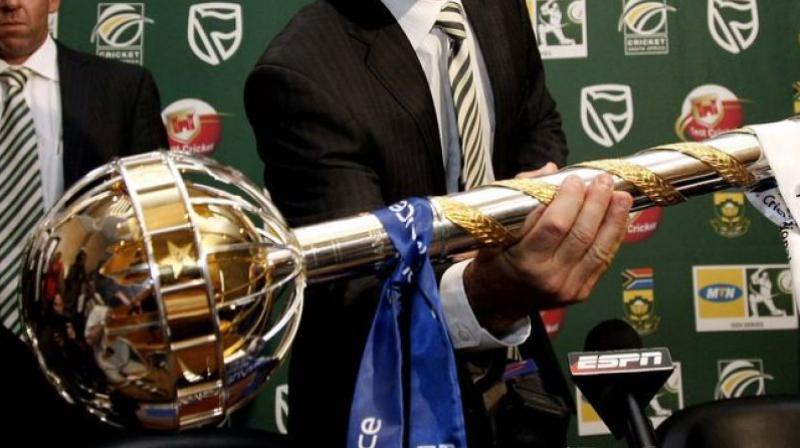 Australia and England are now both on 56 points on the points table led by India, the only team so far to garner 120 points. (Photo: AFP)

Dubai: England's victory at The Oval has helped them to level with Australia in the ICC World Test Championship at the end of their drawn five-match series.

Australia and England are now both on 56 points on the points table led by India, the only team so far to garner the maximum 120 points available in a series.
Sri Lanka and New Zealand are also ahead of The Ashes rivals with 60 points each after their two-match series ended in a 1-1 draw last month.

Points in the WTC are evenly distributed over the number of matches in a series (two to five), the points varying from 60 for each match of a two-Test series to 24 for each match of a five-Test series, like in The Ashes. England and Australia won 48 points for winning two matches each and eight each for the second Test since a draw gives teams one-thirds of the points at stake in a match.

India, who beat West Indies 2-0 in a two-match away series, will get a chance to consolidate their position when they take on South Africa in a three-match home series next month.

The ICC World Test Championship has been introduced to add context to the longest format of the game with nine teams featuring in matches which were decided by the Member countries as per their bilateral agreements. Bangladesh and Pakistan are the other teams in the championship.

The top two teams at the end of the league will advance to the final, which will be played in the UK in June 2021 with the winners crowned the World Test Champions.