Sports   Cricket  16 May 2019  A dream final was a nightmare only for CSK
Sports, Cricket

A dream final was a nightmare only for CSK

Shardul Thakur had done everything to get CSK into the position it was in to win the game. 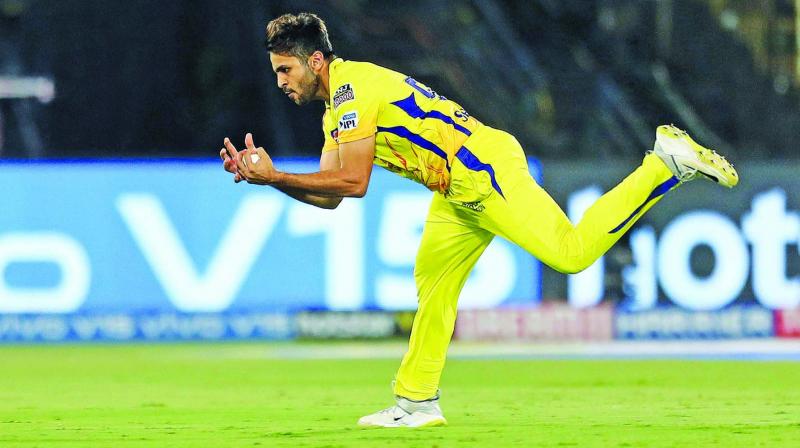 It is a memory that will come back to haunt CSK forever. Lose a match by one run and it sears your soul and the events will keep coming back like a TV replay forever. The general rule is the chasers make the target, but if they lose they are seen as chokers or end up having to blame themselves. Ask the South Africans they will tell you a thing or two about falling one run short; they did so in a World Cup chase in a home game thanks to a miscalculation of the target rules.

Mahendra Singh Dhoni & co were gallant in defeat in the IPL-12 final, however much it may have stung. They made no excuses, didn’t berate the third umpire who made a call of the tightest margin and didn’t blame it on fortune saying they were unlucky. After all, they set the pace in winning the IPL and then retaining the title long before Mumbai Indians learnt the tricks of the trade about getting the big games right and began winning titles.

It will take time for the wounds in fans to heal. They were in tears when they saw their team fall short in the last gasp push for victory as Shane Watson opened up like the famous thunderstorms that rumble over his native Queensland on warm summer afternoons. He took Lasith to the cleaners. But such is the irony of sport that the same ‘Slinger Malinga’ should be precise with the slower inswinger homing in on the leg peg and catching a Mumbaikar in front to win the game.

For the cricket fan without tribal loyalties binding him to any one of the two finalists, this would have been the greatest final. A match of oscillating fortunes in which any one of three results was possible till the very last ball makes for a dream final. It is a pity then that there had to be a loser in such an encounter. That is why CSK will probably feel it even more after having courageously come up to the threshold.

Cricket was the winner no doubt as it provided a cup final that will be talked about for long. Mumbai Indians had snatched a victory from the jaws of defeat and they will savour that for a long time too after all the controversies are forgotten. The umpires have been a bumbling lot throughout IPL-12 and those in the final gave us no reason to believe that they have actually learnt to remember a count of six, call a wide, check whether the front foot had strayed beyond the crease and how to view a replay without prejudice. The suspicions aired about the final could be dismissed only for the one reason that no one trying to predetermine the result would leave it to the last ball as any event off such a delivery would be vastly unpredictable. The most suspicious moment of the final was the

Dhoni run out. It appeared that even the producers were willing to go the extra mile to produce every replay possible, even if each succeeding one left you less convinced that you could actually divine whether the bails came off with Dhoni’s bat a millimeter short.

The golden rule of cricket is that you accept the decisions of all three umpires in good grace and get on with the game even if the events lead to the suspicion that there could be bias behind the ruling. The history of the IPL has been pockmarked by allegations of team owners trying to get the umpires of their choice into games. Cricket czars are never shy of using every advantage to gain a desired result. But that is another story altogether.

The beauty of it all was that the final ball was an event about which little could be said except that a poor Mumbaikar was in strike for CSK against Mumbai Indians and he managed to knot himself up enough not to get some bat on to the ball and run hell for leather for at least the one run that would have taken the match into a Super Over. It would, however, have been unfair to let one over decide a final after such an exciting season.

Shardul Thakur had done everything to get CSK into the position it was in to win the game. And he might have won it off the penultimate ball itself had he connected just that bit better to get the ball past the fielder. That would probably haunt the batsman forever. But this is how the cookie crumbles. A close contest will throw up any number of ‘what ifs’. It will be CSK’s plight to live with that because getting so close and not making it represents a nightmare. That is the worst outcome for one team from what was really a dream final for the IPL, its fans, the winners and just about everyone except a CSK fan.