Super skipper stuns again in a peerless performance in the batting crease and behind the stumps. 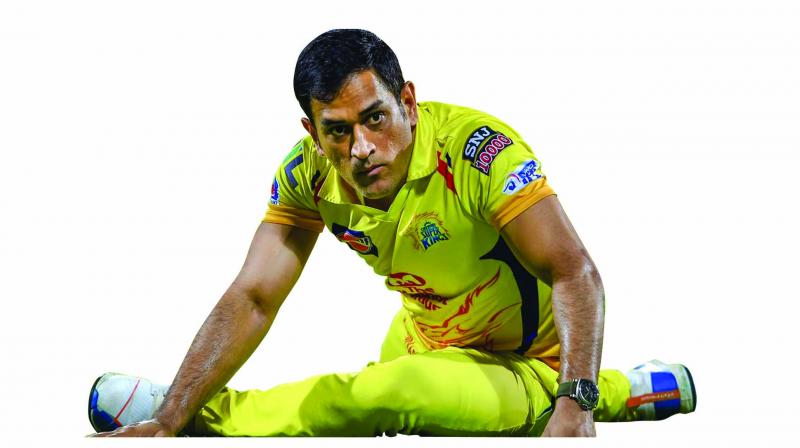 Even by the lofty standards of Mahendra Singh Dhoni masterclasses this one was an epic performance. And they said he was sick and not expected to play the match! Maybe, opponents have to fear a lion when he is sick. “Who can be 100 per cent in this game?” he asked before the game which he went on to dominate with an innings that was yet another unbelievable assault on the end overs.

Dhoni has truly stumped them all. Back in 2012 after successive 4-0 Test losses in England and Australia, he was being written off as a has-been. He came roaring back on his home turf of Chepauk – with a bit of help from the curator who prepared a unique pitch perfect on the stump-to-stump line and wickedly rough outside those straight lines to help the spinners – in 2013 in going on to extract 4-0 revenge on the Aussies.

Having rediscovered his mojo, Dhoni has retained the vigour of youth at the crease and behind the stumps while ageing gracefully. Forget the batting for a moment as he had done it before in demonstrating his finishing ability in almost meeting the 26-run challenge in a last T20 over. Who would have thought Dhoni could make 24 in an over and if not for his partner falling short of the crease in running a bye would have taken the match at least into the super over.

Dhoni made amends for that narrow failure against RCB in an extraordinary strike against Delhi Capitals on Wednesday night, in his Chepauk and CSK fortress. His lightning reflexes In two stumpings effected were worth going miles to see. There is nothing more satisfying than a spinner beating the bat and unbalancing the batsman to snare a victim to the extent of giving the wicket-keeper a chance to complete the task.

There were two stumpings in an evening that stood out as wicket-keeping masterclass. Thank heavens there are replays today that could make out the difference in centimetres between a foot in the air or back in the crease. In the old days, they may simply have given the benefit of the doubt to the batsman. Doing justice to the likes of a brilliant Dhoni with the keeper’s gloves was the splendid replays helping make accurate line decisions. One would daresay the two lightning stumpings may have given Dhoni greater satisfaction than his final over assault on the clever Kiwi quick, Trent Bout.

This was CSK’s final home game in the league but they will be back to play the eliminator, which as champion is their right to a home game. By bringing the team back to the top of the table, Dhoni has given his team the best chance to stay first or second on the table at the end of the league and head to the home Qualifier in the game given to Chepauk as CSK are defending champions. The path to winning a historic fourth IPL title may have been eased by the stunning brilliance of the skipper.  Just imagine that his team, labelled as the Dad’s Army and ridiculed in the 2018 season when it was coming back after a two-year ban, could go on to win the title.

Would the defence of the title have been facilitated thus far without Dhoni having redefined the T20 game as a calm buildup towards an explosion in the last four or five overs? It is an amazing interpretation of a slam-bang game thought to be about bashing the ball from the word go. With an older but smarter team under him, Dhoni has reshaped team strategy to play the game differently and yet top the table in the long league.

We saw how flat CSK were when Dhoni could not play the match against Mumbai Indians, the only team to have beaten CSK twice in the last several games at Chepauk. Otherwise, CSK’s Chepauk record had been a series of endless WWWWs. Staying at home for the Qualifier is an important part of CSK strategy for the season. Dhoni the batsman and stumper has made it happen.

xWhat a story of sporting success from a 37-year-old cricketer who is thrilled most that his fans have named him ‘Thala’ or chief. They call him ‘Thala’ and why not?