On Friday, a violent mob gathered outside Nankana Sahib Gurdwara and pelted stones. 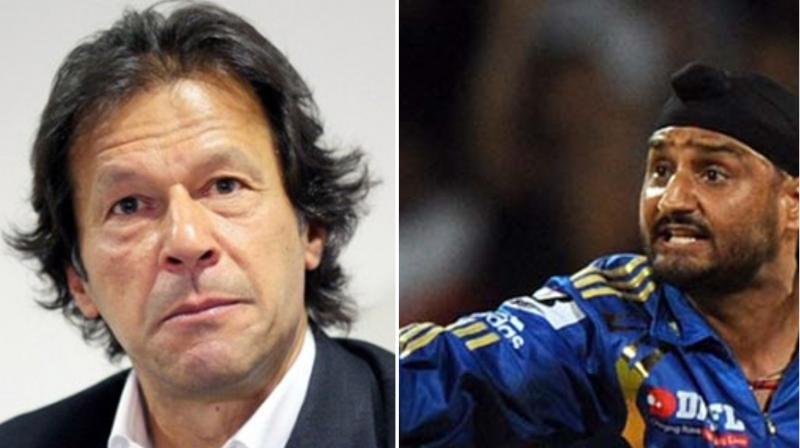 On Friday, a violent mob gathered outside Nankana Sahib Gurdwara and pelted stones. The group was led by the family of a boy who had abducted a Sikh girl Jagjit Kaur, the daughter of the gurdwara's panthi. Later, the mob dispersed after police released Ehsaan, the boy who had abducted the girl.

In a series of tweets, the Sikh cricketer, Harbhajan slammed the people who were involved in the violence.

"Don't know what's wrong with some people why can't they live in peace.. Mohammad Hassan openly threatens to destroy Nankana Sahib Gurdwara and build the mosque in that place..very sad to see this

"God is one..let's not divide it and create hate among each other's.. let's be human first and respect each other's.. Mohammad Hassan openly threatens to destroy Nankana Sahib Gurdwara and build the mosque in that place @ImranKhanPTI plz do the needful," he wrote in another tweet.

India strongly condemned the "wanton acts of destruction and desecration" at Nankana Sahib Gurdwara and called upon Pakistan to take immediate steps to ensure the safety and welfare of the members of the Sikh community.

In a statement, the Ministry of External Affairs (MEA) expressed concern at vandalism carried out at the gurdwara on Friday.

It said that members of the minority Sikh community have been subjected to acts of violence in the holy city of Nankana Sahib, the birthplace of Guru Nanak Devji.

Terming the actions reprehensible, MEA said these actions followed the forcible abduction and conversion of Jagjit Kaur, the Sikh girl who was kidnapped from her home in the city of Nankana Sahib in August last year.

The MEA said that Pakistan "is enjoined to take all measures to protect and preserve the sanctity of the holy Nankana Sahib Gurudwara and its surroundings".