ICC World Cup 2019, players to watch out for: David Warner

The ball tampering incident stalled his career for a year, but the southpaw has bounced back on the podium. 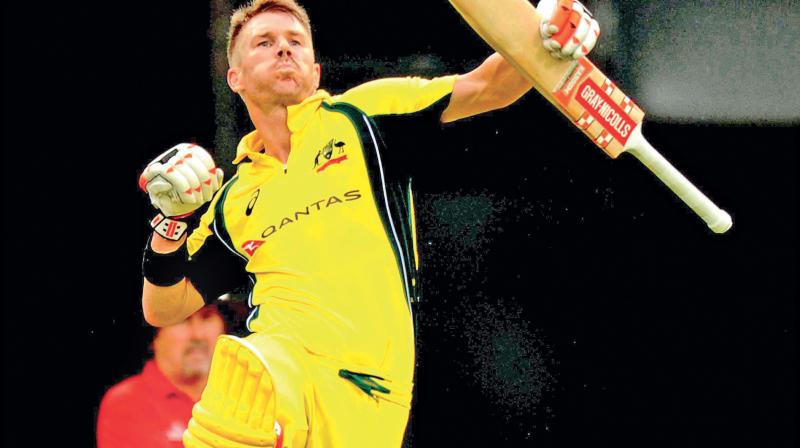 Mumbai: The sight of David Warner walking down the crease to take guard might remind many people of the vintage Australian openers -- Adam Gilchrist, Mathew Hayden or Justin Langer. The left-handed opener has assured that the legacy of fiery Australian openers continues to thrive.

Warner was an integral part of New South Wales, from where he commenced his domestic career in 2007. However, the 32-year-old had a peculiar start to his international career. He was selected to represent Australia in T-20 international despite having no First-Class cricket experience. Making an immediate impact, he smashed 89 runs off just 43 deliveries which included 7 fours and 6 sixes.

Warner marked his presence in test cricket by hitting 123 in his first test match against New Zealand in 2011. Although Australia suffered a seven-run defeat, Warner’s knock was appreciated. Warner has never shied away from displaying his explosive batting, even in tests. One of his best innings was against England in Ashes 2013-14.  Warner blasted a quick-fire century, scoring 124 runs in just 154 balls.

Regarded as a player for big tournaments, Warner was the second highest run scorer for Australia in the 2015 World Cup. The audience witnessed yet another of Warner’s explosive hitting when he smashed 173 runs in just 133 against Afghanistan in the World Cup. His innings consisted of 19 fours and 5 sixes. Australia was successful in registering the highest ever World Cup score of 417 because of his innings.

Despite scoring the highest number of runs in Ashes 2013-14, Delhi did not retain the southpaw. Sunrisers Hyderabad was successful in acquiring him and he was also given the captaincy. He bagged the orange cap in his first season with Sunrisers, scoring 562 runs at an average of 43.23.
Warner was the prime reason behind Sunrisers winning IPL 2016. One of his crucial knocks was against RCB in the final where he scored 69 runs in 38 balls.

Despite staying away from international cricket for a year (punishment for ball tampering), Warner came back with a bang in IPL 2019. Warner smashed a ton in just 55 balls against RCB, helping SRH cruise to a 118 run victory. Partnering with Jonny Bairstow, Warner was in a sensational form in this IPL. With an average of 69.20, he scored 692 runs in just 12 matches in IPL 2019.

The ball tampering incident stalled his career for a year, but Warner has bounced back on the podium. He already has bid adieu to Sunrisers Hyderabad in order to join the Australian camp for World Cup preparations. After having a phenomenal IPL season, Warner has stated that his comeback in IPL served as a stepping stone for him before the World Cup 2019.