The team is scheduled to leave for Guwahati (via Chennai) at 7.00 am on Thursday. 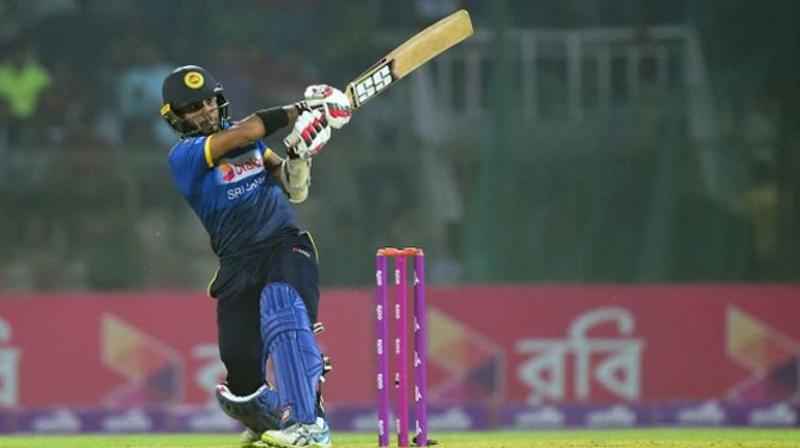 Sri Lanka's 25-year-old Kusal Mendis is 'unlikely' to find a place in the playing eleven in the first T20I against India (Guwahati, January 5), it is learnt here. (Photo:AFP)

Mumbai: Sri Lanka's 25-year-old Kusal Mendis is "unlikely" to find a place in the playing eleven in the first T20I against India (Guwahati, January 5), it is learnt here.

"The inclusion of out of form Mendis was not done at the insistence of the Head Coach (Mickey Arthur) but it was well discussed by all selectors and captain", one of the sources, who was present in the selection committee meeting, said while rubbishing the speculation that only Arthur, (and not the selectors) wanted him in the team.

"He (Mendis) may not play the first match but he has been included in the team to enable him to regain confidence. Our coaching staff will motivate him during this tour", the source further added. The selectors have not named the vice captain for the tour.

It may be one of the rarest cases when the media persons are invited at the wee hours 2.50 am on Thursday. By this time all print media would have made their pages.

"We wanted the players to be with their families on 31st December and on a New Year day and hence this arrangement was worked out".

The religious ceremony will be held at 3.20 am. "Yes, the monks get up early morning and it will not be inconvenient for them to attend", the manager further added.

The team is scheduled to leave for Guwahati (via Chennai) at 7.00 am on Thursday.