New coronavirus strain may replace the old one, say experts 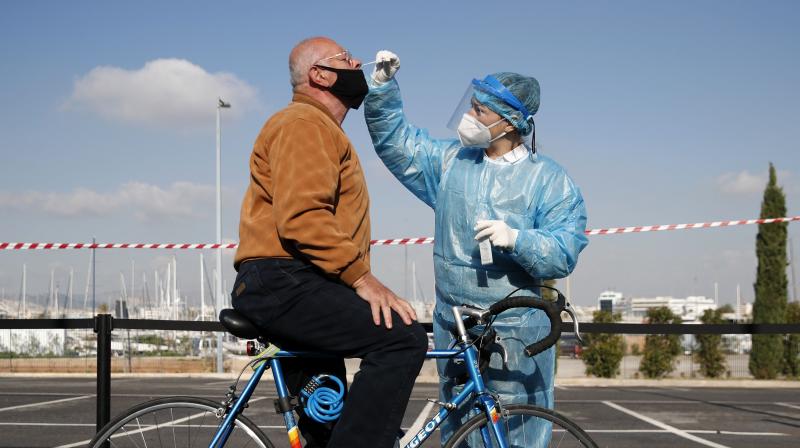 Hyderabad: The new more infective Coronavirus strain from the United Kingdom may replace the I/A3i clade, which entered the countries from southeast Asia. Over time, the weaker A3i clade was replaced by the A2a clade which is the prevalent global strain.

Dr Rakesh Mishra, director of CCMB, said, “With infectivity rate as high as 71 per cent the existing strain will be replaced by the new one. The parallel strain in South Africa suggests that it affects younger people more but more research is required.”

What health complications the new strain will lead to is not known. Dr Mishra said, “The virus mutation was slow but it has developed a new strain which is more virulent. We cannot let our guard down.”

Dr Mishra met Vice President M. Venkaiah Naidu in the city and briefed him about the new strain.

The CCMB director stated that the disaster management techniques that have worked for SARS-Cov-2 in 2020 will have to continue.

The biggest worry is the status of the vaccines due to the emerging new strains. While scientists are confident that vaccines will work, it is not known for how long their efficacy will last. With many people not preferring to get vaccinated immediately, it is important that they stick to safety protocols.

CCMB researchers have received samples collected from people who came from the United Kingdom. These will be checked for the new strain, said Dr Mishra. Genome sequencing will indicate not only the presence of new strain but the other mutations which may have occurred in India.The strain in the United Kingdom and South Africa is an indication that virus mutation in the region means that there could be different strains in Southeast Asia too.