Study focuses on new method for boosting learning of mathematics

Scientists have developed an intervention to promote the learning of maths in school named ACE-ArithmEcole. 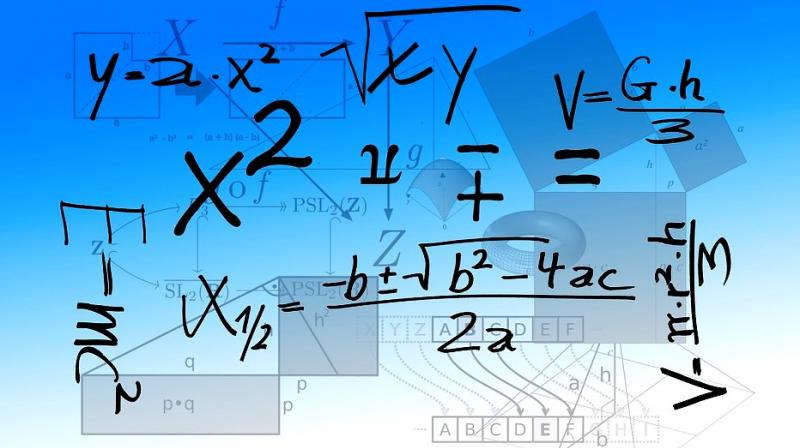 This approach, based on semantic re-encoding, spurs students to achieve knowledge in arithmetic at an early age. (Photo: Pixabay)

Aiming to ease the difficulties faced by individuals while using mathematical concepts, scientists have developed an intervention to promote the learning of maths in school. Named ACE-ArithmEcole, the program is designed to help schoolchildren surpass their intuitions and rely instead on the use of arithmetic principles.

More than half (50.5 per cent) of the students, who took part in the intervention, were able to solve difficult problems, as compared to 29 per cent for pupils who followed the standard course of study.

The study was published in the journal of ZDM Mathematics Education.

From the age of 6 or 7, schoolchildren are confronted with mathematical problems involving additions and subtractions. Instinctively, they use mental simulations of the situations described by the problems in order to come up with solutions.

But as soon as a problem becomes complex, recourse to this representation using imagery becomes impossible or leads the student into error.

"We reflected on a method that would enable them to detach themselves from these initial representations and that would foster the use of abstract principles of arithmetic," explains Katarina Gvozdic, a researcher at the Faculty of Psychology and Education (FPSE) at UNIGE.

This approach, based on semantic re-encoding, spurs students to achieve knowledge in arithmetic at an early age. It was put into practice by teachers in a primary school arithmetic course called ACE-ArithmEcole that substituted the standard arithmetic curriculum.

At the end of the school year, the UNIGE team evaluated ten classes of children aged 6 to 7 in France (second grade of primary school). In five classes, known as the control classes, the teachers had taught maths in a conventional way.

After a year of teaching based on this practice, the UNIGE researchers evaluated their intervention by asking the pupils to solve problems that were divided into three main categories: combine ("I have 7 blue marbles and 4 red marbles, how many do I have in all?"), comparison ("I have a bouquet with 7 roses and 11 daisies, how many more daisies do I have than roses?") and change problems ("I had 4 euros and I earned some more. Now I have 11. How much did I earn?").

In each of these categories, there were some problems that were easy to represent mentally and to solve using informal strategies, and others that were difficult to simulate mentally and for which it was necessary to have recourse to arithmetic principles.

At the conclusion of the tests, researchers observed undeniable results. Amongst students who had learned to solve mathematical problems with the ACE-ArithmEcole method, 63.4 per cent gave correct answers to the problems that were easy to simulate mentally, and 50.5 per cent found the answers to the more complex problems.

This discrepancy can be explained by the frequent recourse to the use of mathematical principles rather than mental simulations by the students who had taken part in the ACE-ArithmEcole intervention.

"Thanks to the representational tools that had been offered to them and to the activities they had recourse to in class, the students learned to detach themselves from informal mental simulations and avoid the traps they lead to," comments Katarina Gvozdic enthusiastically.

The results are promising and they provide a foundation for promoting abstraction and breaking away from mental simulations. "Now we want to extend this teaching method to higher classes, incorporating multiplication and division as well," continues Gvozdic.

The idea is to put semantic re-encoding to widespread use in schools and to incorporate it more amply into teaching methods.