Trying to block Internet access in today’s day and age is a futile exercise. 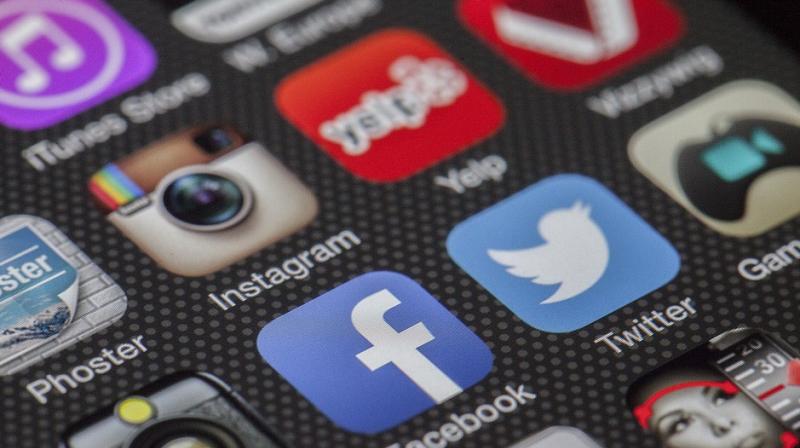 It will only act as a catalyst: Pavan Duggal
The recent blocking of various social media websites in Kashmir by the Centre has engaged the attention of relevant stakeholders. The blocking has been done keeping in mind the broader national interest of India, but the blocking has presented numerous challenges.

The first of the challenges was the fact that the order for blocking of websites was issued under the Indian Telegraph Act, whereas statutory powers for blocking lies under Section 69A of the Information Technology Act, 2000.

Second, in today’s world, blocking is an outdated and antiquated phenomenon. Blocking of websites is akin to trying to fix a leaking roof by means of putting a Band-Aid. With the Internet providing so many distinct new tools, as well as VPN facilities to bypass the blocking orders, people are increasingly getting tech-savvy. No wonder reports have come that people in Kashmir are using VPNs for accessing the blocked websites.

In today’s scenario, where the Internet is getting more and more ubiquitous and where people are finding more innovative ways of trying to connect to the Internet, it is a utopian dream to completely block specific websites. If a person has the will to access the blocked websites, he will be able to find innovative mechanisms to access them. Needless to say, sovereign governments are facing immense practical challenges in terms of the misuse of social media. The governments of the world, including India, now need to come up with more customised and innovative approaches to deal with the misuse of social media. In the Indian context, the government needs to take far more concrete steps rather than to look at short-term ad hoc measures like blocking of websites in Kashmir. It is imperative that the provisions of the Indian cyber law, being the Information Technology Act 2000, need to be appropriately amended so as to be made it topical and relevant in the context of today’s times.

Further, I distinctly believe that India needs to extensively work on strengthening its legal frameworks and regimes on intermediary liability. This is so because the government has yet to come up with specific, concrete guidelines for intermediaries and service providers for dealing with content published, transmitted and disseminated on their networks, which is against India or which is impacting the sovereignty, security, integrity of India, defence or foreign relations with other nations.

Ultimately, cumulative steps need to be taken to address the blocking of social media websites. Blocking may be the effective method a few decades back, but in today’s scenario, blocking is only acting as a catalyst for increasing traffic to blocked websites, apart from arousing the curiosity of the netizen community to find out what was so special on the blocked websites which led to the blocking.

Mobilisation of mobs will halt swiftly: Arun Kumar Singh
In the early 1990s, when I, as a serving naval officer (and contact with foreign nationals for military personnel was prohibited), first became familiar with the Internet, my first reaction was: “It would be now impossible for government agencies to monitor messages to and from India”. I was wrong of course, since I later learnt that the Americans, post-9/11, monitor the Internet with computers, to pick up words like “terror” or “nuclear” etc.

The facility of using the Internet to make telephone calls was well exploited by terrorists in the December 2001 attack on Parliament. By 2007, when smartphones were introduced, I recall worrying about how a spy could click pictures of our military installations or warships sailing out with his phone and send high-quality photographs in real time to our enemy nations.

Advancing smartphone technology and burgeoning cyber cafes with higher Internet speed have made it easier to send real-time photos, videos, messages by social media (includng email, Twitter, Facebook) to a large audience. The 26/11 Mumbai terror attacks showed how the Internet and visual media could be used by terrorists.

Not surprisingly, having allowed the Kashmir situation to get out of control yet again due to political inaptitude, we now face radicalised Kashmiri youth responding to social media calls by their Pakistan-based handlers and local terrorists, to pelt stones at the Indian security forces. Our defence forces in Kashmir are deployed to engage with terrorists. The stone-pelting incidents lead to injury to both sides. According to a news report, WhatsApp groups were being used to mobilise stone-pelters in Kashmir to disrupt security forces’ operations at encounter sites, of which 90 per cent have been shut down. Each of these 300 WhatsApp groups had around 250 members, while determined attempts were being made to disrupt the operations of the security forces by mobilising stone-pelting mobs at the encounter sites.

The government has belatedly banned the Internet in Kashmir, with only 2G speeds being permitted. This has stopped access to Internet and resulted in “slowing the mobilisation time” of stone pelters, who are now informed by phone voice or SMS only. With no Internet services, the mobilisation of mobs will almost become impossible.

The current state of turmoil in Kashmir can only be resolved by a political solution within the Indian Constitution, after the military has brought the latest unrest under control, and a befitting military response (short of war) given to Pakistan.

Imposing a ban on the Internet in the disturbed areas of Kashmir for a limited period of time (and perhaps even stopping 2G) may be justified to contain the violence, reduce radicalisation and save lives in the current scenario. Peace and stability, however elusive, should be sought in Kashmir. However, banning the Internet in India would be impossible and would put a brake on the economic growth of “digital” India, discourage FDI or “Make in India” and prevent access to higher technology and education, all of which are computer and technology driven.

The writer retired as Flag Officer Commanding-in-Chief of the Eastern Naval Command, Visakhapatnam