Lohani’s biggest decision has been to do away with a 36-year-old protocol that many believe led to the creation of a VIP culture in the Railways. 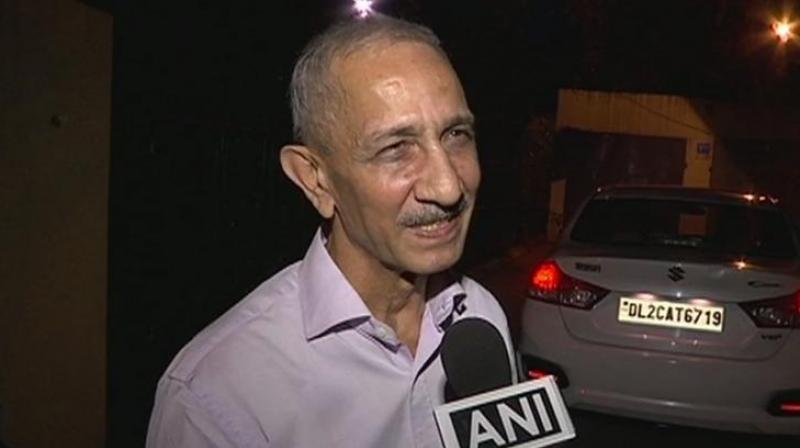 Sweeping changes are underway in the Railways, which has been in the spotlight following a series of tragedies. The recently appointed Railway Board chairman Ashwani Lohani is spearheading a massive overhaul of the Railways culture, shedding old outdated customs and protocols. He is known among babu circles as the “turnaround man”, and he seems to be doing just that.

Clearly, Mr Lohani’s biggest decision has been to do away with a 36-year-old protocol that many believe led to the creation of a VIP culture in the Railways. In a recent order the Railway Board said it was no longer mandatory for general managers to be present on arrival and departure of the Railway Board chairperson and other senior members during their zonal visits. Officials should also no longer be presented with bouquets and gifts.

The order further states that senior officials of the ministry have to relieve junior staff who work as domestic help at their homes. All Railway staff — estimated at some 30,000, mostly trackmen — who doubled as domestic help at the residences of senior officials have been ordered to quit and resume their regular duties immediately. Reports say that some 7,000 trackmen have already complied, while the rest are expected to do so soon. Senior officials have also been advised to refrain from travelling in executive class compartments.

All these are strong measures meant to uproot the VIP culture that has taken strong roots in the rail system.

Big challenge for J&K interlocutor
Former Intelligence Bureau chief and 1979 batch retired IPS Dineshwar Sharma has been appointed interlocutor in Kashmir. As the representative of the Government of India, Mr Sharma will initiate and carry forward a dialogue with the elected representatives, various organisations and other individuals concerned in J&K.

By bestowing on him the rank of a Cabinet Secretary, the Centre clearly wanted to empower Mr Sharma to take independent decisions on sensitive Kashmir matters. Many see this as a sign that the Modi sarkar has dropped its hardline stance and is willing to take the route of dialogue to resolve the deadlock.

According to sources, earlier this year Mr Sharma was asked to initiate a dialogue with insurgent groups in Assam, including the United Liberation Front of Assam and those representing Bodos. So obviously, he enjoys the trust of the powers that be in Delhi. His power socket apparently plugged into the very top of the three-point plug that rules Delhi at the moment.

Diplomatic quandary
Is the IFS geared to face the demands of a globalised world? The question has been posed by the parliamentary committee on external affairs. According to panel’s chairman Shashi Tharoor, the current strength of the diplomatic service is inadequate. In a recent report the panel has expressed “grave concern” over the IFS strength, noting that there were only 770 IFS officers against the sanctioned strength of 912.

Even the sanctioned strength, the panel says, “is too modest a number” compared to countries like Brazil which has 1,200 diplomats. Nations like China have 6,000 diplomats while the United States has nearly 20,000 diplomats.

In its report, the parliamentary panel has noted that the size of India’s diplomatic corps “is inadequate considering the tasks and challenges before the ministry and nation”. Though there has been an increase in the intake for foreign service last year or so, these diplomats will need at least a decade’s experience to fully realise their potential.

In its recommendations, the panel has suggested lateral entry into the IFS and even holding a separate exam for the service to ensure that only those who have the right aptitude are chosen for the once-elite service.