Three and half years of high-decibel Hindutva has done much for Modi and his party. 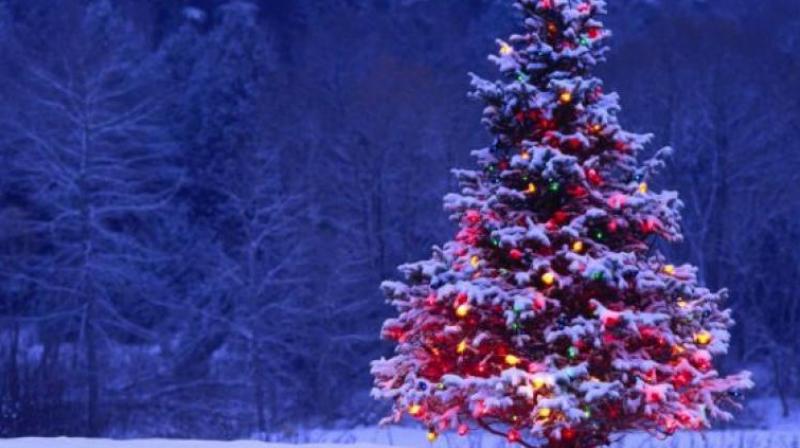 As a child growing up in Kolkata, the erstwhile Calcutta, Christmas was simply “Boro Din”, celebrated by one and all, rich and poor, believer and non-believers. As a child, I did not decorate a Christmas tree, nor did I go carol-singing. Christmas simply meant plum cakes, Park Street, a visit to the legendary Nahoum and Sons bakery and the beginning of merrymaking and the holiday season. Even today, my mother’s part-time domestic helper celebrates Boro Din by buying a slice of cake from the local sweet shop.

Can Christmas be anything but a joyful occasion irrespective of one’s faith, and can alarm bells ever really replace the strains of jingle bells? I did not think I would ever ask myself these questions.

But this year, the Union ministry of home affairs issued an advisory to all states to maintain the utmost vigil to prevent “any untoward incident” in “view of the New Year and Christmas celebrations”. The immediate trigger for such a statement was a warning by the Hindu Jagran Manch, a fringe right-wing group in Uttar Pradesh, to the management of all schools in Aligarh. If they celebrated Christmas, they were told, it will be “at their own risk”. At the time of writing, the Christmas celebrations have taken place in Aligarh and elsewhere amid high vigil. How did we get here? How did we arrive at a point when Christmas celebrations become a risky affair, that need a high alert, strict police vigil and reassurances from the home ministry? And what do we make of a situation where assorted groups, labelled “fringe” in the mainstream media, feel emboldened enough to intimidate and attack whoever doesn’t conform to their worldview? As we look back to the year gone by, we know that mobs have taken law into their hands and that warnings, including from Prime Minister Narendra Modi, have had little impact on their resolve to carry out their poisonous agenda of fuelling communal passions. Once hate against one group or another is stoked and allowed to simmer, it is only a matter of time before it boils over into violence. In June 2017, a 16-year-old Muslim boy was stabbed to death on a Mathura-bound suburban train by a mob that accused him and his three companions of carrying beef in their bags. His name was Junaid. They had come to Delhi for Id festival shopping and were travelling back to their village. A newspaper report noted that the police had said Junaid’s attackers mocked him and his brothers, tugged at their beards and accused them of being “beef-eaters”. Junaid is one among many in the catalogue of victims of hate crimes. A Muslim farmer in Jharkhand was beaten up and his house set ablaze after a dead cow was found outside. Then there was Pehlu Khan. And many, many others.

The details vary but by now, everyone is familiar with the basic script. Vigilante groups openly advocating violence in the name of protecting the cow, or the nation or Indian culture, take your pick, get to have their say, foment hatred against specific communities. Things take a violent turn. Innocent lives are lost. There are arrests, much hand-wringing and lofty pronouncements from the highest quarters about the virtues of the rule of law. And then it starts all over again.

Quite often, it starts with a provocative statement, like the one by the BJP legislator from Alwar, Rajasthan, who recently said all “cattle smugglers” would be killed by the “people”. This, in a nutshell, is how you create a climate of impunity. Calling the mob a part of the fringe — as ruling party spokespersons routinely do after every outrage — is ingenuity that just about everybody sees through. And sometimes the fig leaf slips, as when a Central minister wants to change India’s secular Constitution.

As I have argued in these columns earlier, mob violence in one part of the country invigorates mobs elsewhere and the malaise is not linked to just BJP-ruled states. So with moral policing and intrusions into private lives. If you thought this happens only in the anti-Romeo squad-littered Uttar Pradesh of Yogi Adityanath, you would be wrong. Recent developments in Kerala, where the Communists are at the helm of affairs, show that literacy and obscurantism can coexist. A school principal in the state defends his decision to suspend a male student for embracing a female classmate in “a long hug” and posting images on the social media, calling it part of upholding “decorum”. The Kerala high court upholds the principal’s decision. When there is a storm of criticism about the boy possibly losing an year, there is also an attempt to punish the girl — technicalities are suddenly raised about the transfer certificate from the previous school attended by the girl.

Where do we go from here? It is true that the BJP is not solely responsible for the erosion of the Indian secular state, nor does it have a monopoly over the politics of divisiveness. But it is also true that the BJP now controls the Centre as well as 19 out of India’s 29 states and enjoys unprecedented power. As the new year beckons, the real question is whether the BJP’s ideologically-driven Hindutva project and subtle “otherising” of all those who do not subscribe to its social and cultural mores is compatible with “development”, which means not just roads and bridges and bullet trains but also education and health?

Three and half years of high-decibel Hindutva has done much for Mr Modi and his party. But has it delivered rozi-roti? Eventually, any “ism”, including Hindu nationalism, has to prove its merit by delivering on the everyday bread and butter issues. In young, aspirational India, this is truer than ever. As we get ready to embrace 2018, let us keep the focus on what fulfils the everyday needs of every citizen of this country of 1.3 billion. Polarisation, and the politics of otherisation is derailing the development agenda on which the BJP was elected to power in 2014.