Getting an OCI card: Why I gave up

The lucky day dawned and I went to the outsourced agency office and lined up with 50 others. 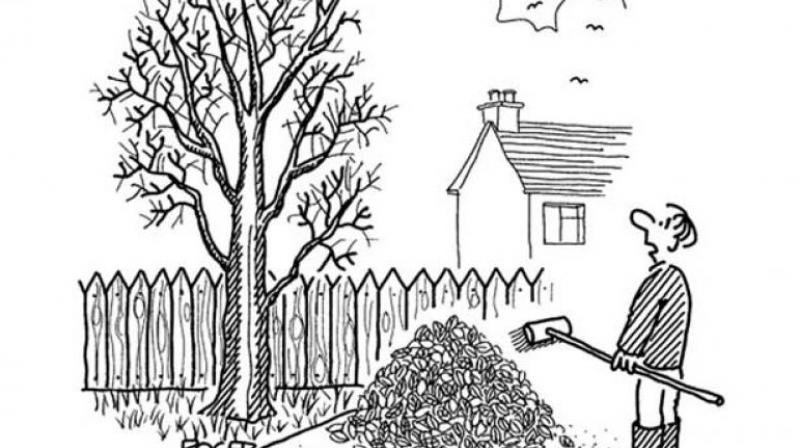 “Love never made the world go round
It gave it a bumpy ride
The beloved was the axis
The lover a swirling tide...”
From Grrrrrwali by Bachchoo

Hello, thank you for calling Pyjamaland. If you are calling to order a blue striped pyjama set, press 1; if it’s the yellow polka-dot, press 2...” Once the customer was always right. Now the customer is always waiting, listening to inane music and getting frustrated.

And the second devil, the badly-designed website, which would make Faust cancel his tryst with Beelzebub?

I am a proud Person of Indian Origin, a PIO, so when I last left India’s sunny clime, Mr Sharma of the immigration department “tch-tch”ed and advised me to change immediately to an OCI card.

Back in London I Googled the Indian high commission, was offered several pages of websites and chose the one which mentioned OCI. It informed me that OCI applications had to be addressed to VFS Global, but didn’t tell me how to get to them by foot or phone.

I dialled the high commission and was repeatedly told by an automaton, over 23 minutes, that my call was very valuable to them but that they were busy. I gave up.

I tried again the next morning. Almost precisely the same experience, except this time I gave it four minutes more. So no go here.

Back on my computer I tried several combinations of “OCI” and “VFS” and finally found a website that offered me application forms for 20 different things. It even offered me the option of converting my PIO to OCI. Hurrah!

I proceeded to fill in the form. To begin, the website asked me to “add 3 in 7”. I assumed it meant “3 to 7” and wrote the result. The website opened and I filled in the first page which asked among other things for my mother and father’s names and for their country of citizenship. After a laborious hour I got to the end only to be told that my application had been rejected without telling me why. This happened 17 times. I started again.

At the end of this attempt I was asked to affix a photograph of myself and a replica of my signature in boxes provided. I scanned a photograph and a signature onto my computer and then attempted to transfer them to the form. A blue box popped up on screen with some technicalese about “pixels”, etc.

I am sure millions of potential Indian oversees citizens know how to upload a specific-pixelled signature onto that form but confess that I didn’t. I sought the help of my daughter who does these things and on the fourth attempt uploaded both. Having so done, the form didn’t tell me what to do next.

There was a box in the top corner, which told me that my Temp File No was a 13-digit password. I diligently took it down, exhausted after six hours at this task and resolved to start the next day.

I did and went to the option of resuming my incomplete form. It asked me which was the greater four or one. Easy peasy! Then for my passport number and date of birth. I supplied both and was told no such application existed. I tried several times. Same rejection.

Ok, start again and this time do it all in one go. I did and came to the end when I was asked to upload a scan of my PIO card. I did. Then it said it had uploaded it and but didn’t tell me if that was the successful end of the process or what to do next. Instead it asked me to exit. So what had happened or would happen to the form I had filled and to my application?

I pressed the exit prompt and of course lost the whole thing.

Dear reader, I did it all again. This time I was given a 12 letter-and-number combination, which I assumed would identify my application even though there was nothing to say it would. I said a little prayer as I took it down.

I then spent a few hours trying to phone VFS. I finally found a website which helpfully said I could contact them at a number costing me £0.95 (Rs 80) a minute. I did, and was asked for an identification code even though the operator called it by a different name from its avatar on the website. He advised me to go to another website and try and book an appointment using several identity assurances.

I did. I chose a day and time and then was asked to exit. I wasn’t told that the appointment had been made.

An hour later an email arrived acknowledging my booking and giving me the address and a 15-minute appointment. It also asked me to feed in the magic number in another form and I could get a printout of my application, which I was to carry.

The lucky day dawned and I went to the outsourced agency office and lined up with 50 others. Finally my turn arrived and I presented my papers to the agency’s St Peter at his single desk. He looked through the papers.

“The form offered me that choice. That’s correct.”

“Where is your HMRC form?”

I didn’t know what that was and hadn’t been asked for one. He explained that the application needed a certificate from Her Majesty’s revenue office to say I paid tax. And what about a certificate from a vet to say I treat my cats with compassion? No, dear reader, I didn’t ask that. I left.

For a country that prides itself on being serious contenders in the IT race, this official website is not fit for purpose and the whole process perhaps contributes to the employment of some expatriate citizens of India but, judging from the atmosphere in the agency’s waiting room, to the disbelief and frustration of the many.