It’s a bumpy ride ahead for Indian students

Trump had a chance to prove that he was speaking from his heart when he said. 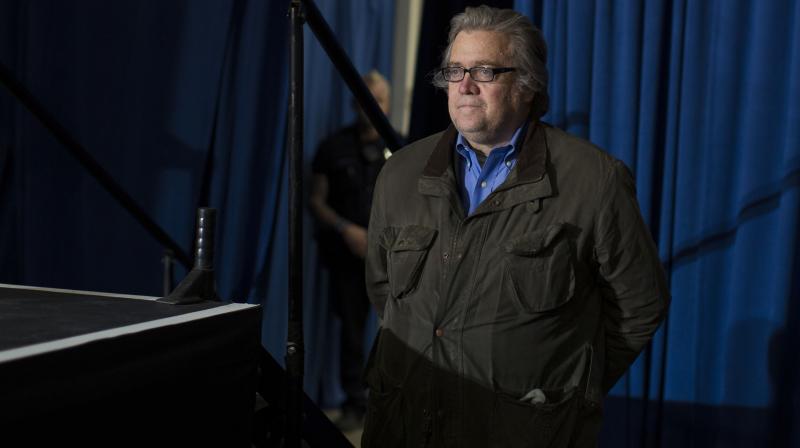 It is like waiting for a hurricane that has trained its eye on you. There is an eerie calm around, but you can feel the fear welling inside. You know your best efforts to stay safe will amount to nothing if the storm is in the mood. Yet, somewhere within, there is this hope that it might have a change of heart, and direction.

America is uneasy and tense, a nation on tenterhooks, as Donald Trump prepares to take over as President.

“I understand why students in other countries are wary about studying in the U.S. under President Trump," said Sitara Nath, a student lobbyist who is currently a sophomore at Portland University. "International students usually have a very bright view of the US, but why would you want to come to a country where your culture has been insulted? Why would you come, if you feel unsafe?"

Trump had a chance to prove that he was speaking from his heart when he said, hours after his stunning election win, that he would be a "President for all Americans." But the men he has handpicked seem to indicate otherwise.

Stephen Bannon, Trump's chief strategist, is seen as a white nationalist sympathiser while Lt. Gen. Michael Flynn, his national security advisor, believes "Islamism is a vicious cancer inside the body of 1.7 billion people on this planet." Sen. Jeff Sessions, Trump's pick for attorney-general, has a history of racist behavior.

It is yet unclear if Trump will announce restrictive visa policies for international students, but experts in the field of higher education, who are aware of the power of popular perception, fear that the damage might already have been done.

"With the stabilising of the rupee against the dollar over the past couple of years, Indian students who had put their plans on hold were able to come to the US last fall (2015/16)," said Rajika Bhandari, director, IIE Center for Academic Mobility Research and Impact. "The extension of Optional Practical Training (OPT), for up to a total of 36 months for the STEM fields, encouraged many Indian students in those fields to apply to come to the country."

Dr. Rahul Choudaha, co-founder, DrEducation, a US-based global higher education research and consulting firm, believes that many families are likely to be concerned about the safety of their children, especially at undergraduate level, given the country's current political climate. "Post-recession, many American institutions have become more proactive in recruiting international students. The current situation will create a massive challenge for them."

According to a pre-election joint survey by International Education Advantage (Intead) and FPP EDU Media, six in ten respondents said a Trump victory would make them stay away from colleges in the U.S. They have heard nothing since the election day to make them change their mind. According to the Southern Poverty Law Center, the number of racist attacks in the country since November 8 has crossed 400. White supremacists, quite clearly, have wasted no time in testing the limits.

Mustafizur Rahman, from Bangladesh, is currently pursuing his M.A. in Advertising at Southern Methodist University in Dallas, Texas. He says life hasn't changed much for him following the election, but admits to being more apprehensive.

"Since I don't have a car and travel public transportation and Uber, there is a slight fear and apprehension now," he said. "Purely psychological, but I can't deny it. There is so much hate in the world now, and it seems his comments only worsened the situation."

The atmosphere in the country was much different when Arun Kumar, assistant secretary of commerce for global markets, U.S. Department of Commerce, attended Sloan School of Management, MIT.

"There were perhaps just over a hundred students from India at MIT at that time, of which Sloan had perhaps four," said Kumar. "The numbers are much larger now there and in universities across the country. I was indeed made to feel welcome by the Institute and community. I still remember my first Thanksgiving, celebrated at the home of an MIT professor 38 years ago."

U.S. campuses are actively reaching out to prospective and current international students to make sure they continue to feel welcome, says Allan Goodman, IIE president and CEO.  "International students’ demand for a high-quality American education should not be underestimated," says Goodman. "They have continued to come to the US to study in increasing numbers over time, through periods of isolationism, depression, and wars."

Universities do not expect a fall in the number of international students - many more international students apply to US institutions every year than can be accepted - but educators are worried. In an unprecedented move, as many as 110 college and university presidents wrote to Trump, days after he won the election, urging him to forcefully “condemn and work to prevent the harassment, hate and acts of violence that are being perpetrated across the nation," often  in his name.

According to the 2016 Open Doors Report, there was a 24.9 per cent increase, over the previous year, in the number of Indian international students studying in the U.S.

Mutzafir Rahman from Bangladesh is optimistic about the future for international students in the country. "Students come here with big dreams and ambitions, and a few comments won't change the fact that this country is still super attractive for serious students.”

With Trump, the next four years are likely to be more challenging for American institutions, said Dr. Rahul Choudaha, co-founder, DrEducation, a US-based global higher education research and consulting firm. “Anti-immigrant policies will make it more onerous for international students to find internship and job opportunities in the US,” he said.

Stricter visa and immigration policies are on the cards under Donald Trump, but India, and international students from the country, are unlikely to be in the firing line. Among the programmes that he is expected to target is Deferred Action for Childhood Arrivals, by which Barrack Obama gave temporary deportation relief to undocumented students brought to the country illegally as children.

Trump, in his short political career, has shown that no ideological position of his is set in stone. Some see that as a reason to hope. "Trump changes his stand on issues quite often," said Edwin Jude, who is doing his masters in international business at Florida International  University. "He may restrict the entry of students from Muslim countries, but I d not think he is going to do anything to hurt the ability of universities to attract international students. He is a businessman and he knows international students are a good source of income."

"I agree that people in India are concerned about the situation, and that might lead to future international students choosing to go elsewhere," said Sarat Chandra, who is doing his masters in electrical engineering at Columbia University. "We are much more relaxed; I believe much of what he said was just to win the election."