What are our options if Army stooge is Pak PM?

Terror attacks on Jammu and Kashmir are at an all-time high. 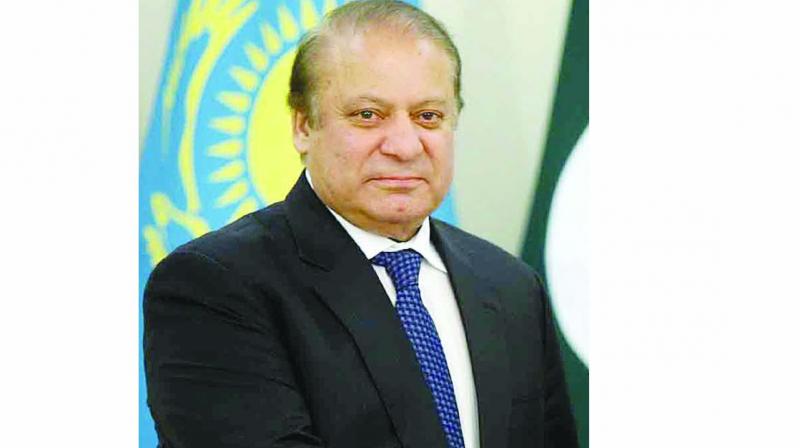 Throughout the occupation of Kargil by the Pakistan Army in 1999, weeks after the heady, hope-filled Atal Behari Vajpayee-Nawaz Sharif Lahore summit in February that year, only a handful of Pakistani commentators hesitated from whole-heartedly buying into the narrative that the men occupying the heights were mujahideen, Kashmiri freedom fighters who had bravely decided to take the fight to the enemy.

What none of them knew at the time was that then Pakistan Prime Minister Nawaz Sharif’s handpicked Army chief, Gen. Pervez Musharraf, had deployed Pakistani soldiers from the Northern Light Infantry division to cross the Line of Control and seize the heights, well inside Indian territory, cutting off the key Kargil-Drass highway to Leh. The civilian PM would only find out the true extent of the breach on the Line of Control in June, part-forced into owning and backing the ingress, lest he face the charge that he, a perfidous, corrupt civilian, didn’t put Pakistan’s Kashmir interests first. This was after all the Pakistan Army’s payback for India’s occupation of the Siachen Glacier, payback for Kashmir, all the while holding out the threat of nuclear armageddon to get India to back down on Kashmir.

The man who had sent the troops in, as we all know today, was military chief Gen. Musharraf and his cabal of nine other top-ranking generals, the so-called Kargil clique. According to a fascinating tell-all book by well-known Pakistani journalist Nasim Zehra, From Kargil to the Coup, it reinforces what we all suspected then — that it was Gen. Musharraf who alongside his Kargil clique conceived and launched the ill-fated operation code-named Koh-e-Paima, without the knowledge of the Pakistani PM; or, for that matter, anyone in Pakistan’s elected government.

(Gen. Musharraf, it must be said, belatedly admitted deploying the Pakistan Army in the Kargil war in his book Line of Fire, post the Agra peace track debacle.)

In fact, while Ms Zehra’s treatise puts paid once and for all to the speculation on how much or how little Mr Nawaz Sharif actually knew about the Pakistan Army moving in to take Kargil even as Mr Sharif had been reaching out to successive Indian Prime Ministers from Inder Kumar Gujral to Atal Behari Vajpayee, the book’s true value lies in its retelling of the Kargil misadventure and how it sowed the seeds for the distrust that marked the fraught relationship between the two protagonists, which finally led to the coup that ousted the Pakistan PM in October that year.

As India-Pakistan relations continue in a freefall under the current Indian PM, Narendra Modi, a greater understanding of the nuances that drive our neighbour, and how to handle relations, would be far more useful than the current “no talks until terror ends” trope. More so, as the chasm between the civilian and military centres of power continues to be at the heart of the conflicted state of Pakistan, where no civilian Prime Minister can hope to survive his or her full term unless he/she cohabits with the Army, and perpetuates the idea of India as the enemy.

As Pakistan heads to parliamentary elections in a month — unless the Election Commission calls it off — the two men who continue to square off against each other, nearly 20 years later, represent much the same collision of interests that plague the state of Pakistan, then, as it does today — Mr Nawaz Sharif, who represents the discredited civilian leadership, and the powerful new Army chief, Gen. Qamar Javed Bajwa, who is the face of the Pakistan judicial-military complex that has steadily reclaimed power and must ensure one of its chosen candidates heads the new civilian dispensation. And that could be anyone, ranging from former President Asif Ali Zardari, who heads the PPP and is the only civilian to have lasted a full term of office in Pakistan’s chequered democratic history, to militant-turned-political wannabes like Hafiz Mohammed Saeed of the newly-launched Milli Muslim League party, or the golden boy, former cricketer-turned-politician Imran Khan, whose marital history cast a temporary shadow on his credentials as a possible Prime Minister to be, and of course, the Army’s last card, former President Pervez Musharraf.

The MML’s entry is the most dangerous as it is an extension of the Pakistan Army’s new ploy of mainstreaming pliant militants as any subversion of the Constitution, as it has attempted to do, three times in the past, may not stand international scrutiny.

The run-up to the polls has seen a carefully crafted and systematic maligning of the Nawaz Sharif family, a masterstroke of the military which had tried and failed once before in whipping up public sentiment against Mr Sharif when it brought the capital Islamabad to a halt with a protracted sit-in by cleric Tahir-ul Qadri and the chosen one, Imran Khan, who heads the Pakistan Tehreek-i-Insaf. In 2014, the Sharifs’ sway over the key state of Punjab turned the tide in their favour in the last election. But that may be about to change. Insiders close to the Sharifs insist that the family-centric Pakistan Muslim League (Nawaz) could stay on to fight another day under younger brother Shahbaz or grandson Junaid. But the persistent buzz is that the older Sharif, tainted by corruption charges, who wants to hand over the baton to his feisty daughter Maryam, may take the back seat, and choose not to return to Pakistan at all. India’s last “friend” in the Pakistan political fraternity is being vilified for purportedly using the “Kusloom Nawaz on a ventilator” trope to whip up a sympathy vote.

What the Pakistan military has done is to make any overtures to New Delhi pretty much impossible. Terror attacks on Jammu and Kashmir are at an all-time high. The tragic killing of pro-talks journalist Shujaat Bukhari and the damning UN Human Rights Commission report on Kashmir notwithstanding, Prime Minister Narendra Modi, who will not stand for a “soft on Pakistan” tag and needs a 2019 re-election for a stronger hand to deal with an increasingly challenging neighbourhood, must understand the need to craft a policy that goes beyond refusing to talk to Islamabad. After July 25, the last thing that New Delhi needs is to be forced to sit across the table from a Prime Minister Hafiz Mohammed Saeed.