Lower taxes to be competitive

The finance minister stands at the crossroads and this Budget has the potential to make or break his legacy. 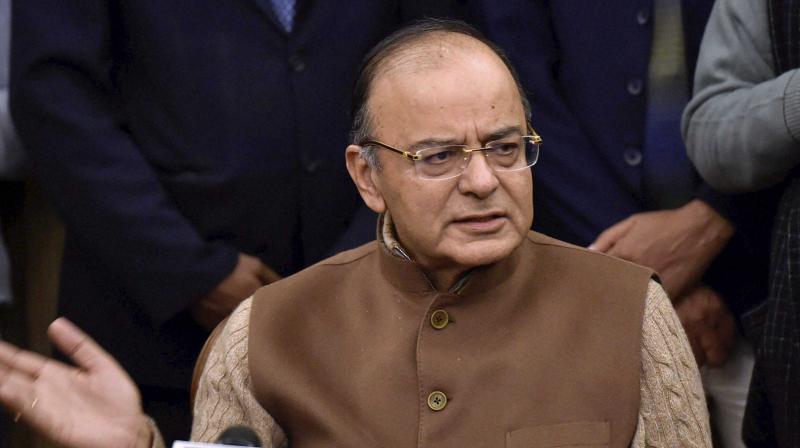 In the run-up to the Union Budget, finance minister Arun Jaitley has struck all the right chords. He has recognised the need for lowering taxes, expanding the tax base and seamless implementation of Goods and Services Tax. In sum, he has argued vigorously for raising the level of competitiveness in the economy.

Getting clarity of the objective is work half done, what is now left is implementation. For example, two major competition reforms are in the process: the GST to create a seamless internal market and the Insolvency Board to overcome an exit barrier. Furthermore, Mr Jaitley has two broad options to improve competitiveness. The first, and the easier one, is to provide short and medium term sops and incentives for attracting industries in key sectors. The demonetisation debacle, resulting in decline in manufacturing, consumption and private investment has perfectly set the stage for such short-term measure.

The second, and more difficult option is a comprehensive review of prevailing bottlenecks to competitiveness in the economy. This involves setting in motion a process of cross-sectoral reform to identify policy and practice distortions to competitiveness, and designing appropriate policy and regulatory responses to address the situation. To ensure that reforms sustain, building of internal capacity to adopt, implement and supervise such reforms will be crucial. This process will be tiring and results will only be visible in the long term. It will face strong resistance from within the government and might also turn politically unpopular, at times.

While the first option is tempting, Mr Jaitley must not fall for it. However, going with the second option has its own risk. It is here, he can take a leaf out of P.V. Narsimha Rao’s book, by showcasing the bouquet of reforms as “continuity with change”, thus presenting them as merely incremental in nature, and nothing alarming or significantly altering the natural way of things.

In doing so, beginning with non-controversial reforms and low hanging fruits will greatly benefit. For instance, the draft national competition policy (NCP) for the country was finalised in November 2011 and is sitting on the website of ministry of corporate affairs since. It has bipartisan support of senior politicians across the political spectrum, and should be fairly easy to adopt, given its non-legislative nature.

In several interactions with the finance minister, my call for adoption of the NCP has been met with the doubt about its utility in the wake of already existing competition legislation. The objective of competition law is to check anti-competitive practices while the NCP will give sanctity to government efforts of scrutinising existing and proposed Central and state-level legislations at the touchstone of competition. At a recent event organised by CUTS with support from the Australian high commission, Rajeev Kher, member, COMPAT and former commerce secretary, called for “mainstreaming of competition in our economy”.

NCP can ensure this mainstreaming by seeking implementation of pro-competitive policies and regulations in the right spirit thereby contributing positively to the level of competitiveness in an economy. We already have policies in areas like intellectual property, aviation, etc., despite plethora of legislations in these sectors. We are now contemplating one for the steel sector. The idea of a policy is to complement the legislative framework, take a whole-of-government approach, and address bottlenecks which might remain in effective implementation of the policy.

Several jurisdictions have benefited from adopting a national competition policy. These include Australia, Mexico, Denmark, Turkey, Botswana, Malawi, among others, wherein it delivered substantial benefits that have greatly outweighed the costs. A study undertaken by the Australian Productivity Commission expected significant increase in real GDP of nearly 2.5 per cent and consumer welfare as a result of competition reforms.

Another area of reform is public procurement, which accounts for almost 30 per cent of the total GDP worth $536 billion annually. In spite of its huge significance, there is no legislation to regulate public procurement at the Central government level nor there exists a national public procurement policy. The Public Procurement Bill, which was tabled in Parliament in 2012, has since lapsed. This bill should be revived at the earliest to enhance transparency and efficiency in our public procurement system and also to help Indian companies to better access procurement markets in other countries.

The implementation of the bill will benefit from adoption and implementation of a coherent national public procurement policy, which addresses interfaces between public procurement and related macroeconomic policies. These policies should be inclusive, but not limited to trade policy, competition policy, sustainable procurement policy, fiscal policy and the new manufacturing policy, amongst others, in order to allow decision-makers to adapt to changes in specific macroeconomic indicators.

Another fairly non-controversial pro-competitive reform, which would have long-term benefits, is the adoption of regulatory impact assessment (RIA) framework in law making process. RIA enables systematic assessment of costs and benefits of proposed and existing legislations and aids in selection of optimal regulatory alternative, through transparent stakeholder consultation mechanism. It has demonstrated several benefits in other jurisdictions. The one-in, two-out policy in the UK resulted in net reduction of £836 million in costs to the business between 2010 and 2013. The Red Tape Challenge in the UK resulted in £300 million in annual savings to 100,000 small businesses from increased flexibility and audit requirements. Several expert committees have called for adoption of RIA and the Financial Stability and Development Council has also endorsed it.

The finance minister stands at the crossroads and this Budget has the potential to make or break his legacy. He is fully competent and experienced to make the right choice and take the right path to competitiveness. Here’s hoping that he will walk the talk.

The author is secretary general of CUTS International. Amol Kulkarni of CUTS contributed to this article.