Adivasi unrest: What is to be done?

Only the Adivasi Mahapanchayat should be vested with the power to give mineral exploitation licenses to corporations. 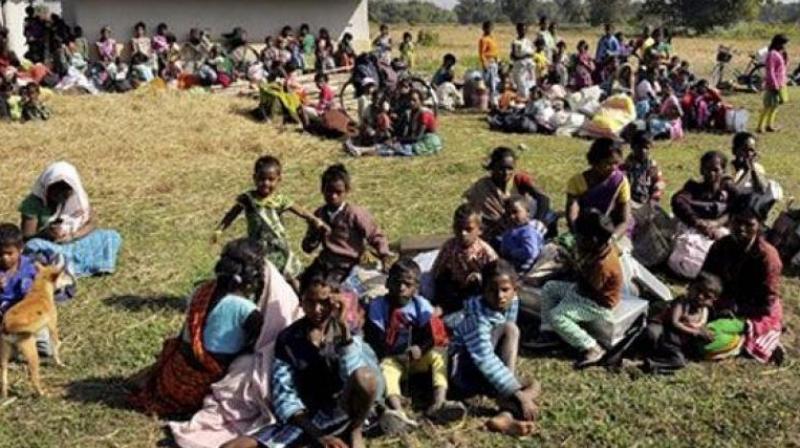 It now needs to be mandated by law that for minerals extracted in tribal areas the royalty received should be earmarked to the local administration. (Representatonal image)

There is a huge groundswell of unrest sweeping the adivasi areas of Central India. The Central and state governments are unable to fashion a policy response to this besides terming it as Naxalite-inspired and hence requiring a “shoot and kill” solution. The Naxals typically have no idea about “what is to be done?” There is no need to seek solutions in Vladimir Lenin’s prescriptions. And for that matter in Mao Zedong’s. This not a Naxalite issue at all, but a colossal failure to implement the Constitution. The solutions lie within the Indian Constitution and in the universal principles of justice and equality.

The Fifth and Sixth Schedules under Article 244 of the Constitution in 1950 provided for self-governance in specified tribal majority areas. The Fifth Schedule provides for the administration and control of tribal lands (termed “scheduled areas”) within nine states of India. The Fifth Schedule provides protection to the adivasi (tribal) people living in the scheduled areas from alienation of their lands and natural resources to non-tribals.

This constitutional safeguard is now under imminent threat of being amended to enable the transfer of tribal lands to non-tribals and corporate bodies. This move has serious implications for the very survival and culture of the millions of tribal people in India. The Fifth Schedule covers tribal areas in nine states of India — namely Andhra Pradesh, Jharkhand, Gujarat, Himachal Pradesh, Maharashtra, Madhya Pradesh, Chhattisgarh, Odisha and Rajasthan.

The governors have been endowed with certain special powers with regard to the Fifth Schedule areas. The judicious use of these provisions enshrined in the Fifth Schedule will certainly make a very positive impact on the tribals living in these regions. Under these powers, the governors can not only direct that any particular law or part thereof may not apply to a scheduled area — that can also make regulation for good governance and peace in these areas. The governors can intervene in areas relating to prohibition or restriction of the transfer of land by or among Scheduled Tribe members; regulation of allotment of land in such areas; and the regulation of money-lending activities. The governor has basically been given the legislative power to make regulations for the “peace and good government of any area which is a scheduled area”. The words “peace and good government” are of very wide import and give wide discretion to the governors to make laws for such a purpose.

One can recall the observations made by the President at the Governors’ Conference held on September 16 and 17, 2008 regarding the need for an authoritative legal opinion with respect to the powers of governors under the Fifth Schedule. The matter has since been examined in consultation with the ministry of law and justice and the attorney-general of India has given his opinion that “in performance of the functions and exercise of the powers under the Fifth Schedule, the governor is not bound by the aid and advice of the council of ministers of the state”. The provisions of Articles 244(1) and 244(2), which provide for the administration of the scheduled areas within a state in accordance with the Fifth and Sixth Schedule respectively, emerge from the excluded and partially-excluded areas as envisaged under the Government of India Act 1935.

But there are several paradoxes that must also be dealt with first. The most important of these is that to provide good government in the worst of law and order environments, a better civil administration structure must come up in place of the one we have at present. This means the best officers drawn from across the country. Perhaps it is time to constitute a new all-India service, similar to the former Indian Frontier Administrative Service. The IFAS was an eclectic group of officers drawn from various arms of the government. Unfortunately, it was later merged into the IAS.

All tribal-majority areas must be consolidated into administrative divisions whose authority must be vested with a democratically-chosen leadership. It could be called the Adivasi Mahapanchayat and must function as a largely autonomous institution. All laws passed by the state legislatures must be ratified to the satisfaction of the Mahapanchayat. Instead of the state capital-controlled government, the instruments of public administration dealing with education, health, irrigation, roads and land records must be handed over to local government structures. The police must also be made answerable to local elected officials and not be a law unto themselves. The lament of the adivasi about their role in their government is well known. It is the subject of many a folk song.

The local community must get all the royalties for the minerals extracted from their areas. Till recently, the royalty paid by the extractors was a meager Rs 27 per metric tonne. While it has been announced that this has now been raised to 15 per cent of the market price, it is learned that in reality this has been raised just tenfold to Rs 270 per tonne. The cost of extraction is estimated to be not more than Rs 250 per tonne. The export price has never fallen below Rs 1,500 per tonne and has been as high as Rs 6,800 per tonne. The Indian steel industry essentially profits by low iron ore costs.

The world’s biggest steel producer buys iron ore for Rs 6,000 per tonne, while Indian steel producers derive it from “captive” mines for merely about Rs 500-550 per tonne. The implications of this price difference should be obvious.

What perhaps is not so obvious to most is that this is essentially a profit extracted from the nation’s mineral reserves, which mostly lies in the adivasi homelands and which by constitutional rights should be theirs. The irony is that it is this low cost of iron ore extracted from its adivasi homeland mines that provides companies like Tata Steel the financial muscle to make huge overseas acquisitions. Ultimately, it is the poor adivasi who pays for it with his home and hearth and gets no credit for it!

But the real problem is that this relatively small amount of over Rs 4,600 crores because of the enhanced royalty will accrue to the state government’s coffers and like before little will filter down. It now needs to be mandated by law that for minerals extracted in tribal areas the royalty received should be entirely earmarked to the local administration. Only the Adivasi Mahapanchayat should be vested with the power to give mineral exploitation licenses to corporations.

We have before us the experience of the National Mineral Development Corporation’s giant iron ore extraction project at Bailadila in Bastar’s Dantewada district. The locals get nothing but the most menial jobs and in return their hitherto pristine environment is ravaged beyond recognition with the streams choked with the debris of excavation. Clearly, this kind of exploitation of tribal homelands and loot of the state has got to stop. And above all, if natural resources must be exploited, then the local communities which bear the brunt of the suffering and burden due to displacement and pollution must benefit the most. This is possible only when the public administration system is decentralised to ensure that local governments feel responsible for their people. That is why the Fifth and Sixth Schedules, under Article 244, were enshrined in the Indian Constitution in 1950. Clearly, seven decades is long enough to give the provisions of the Constitution life.